He flew into space with “Captain Kirk”, returned, and was killed in a light aircraft crash 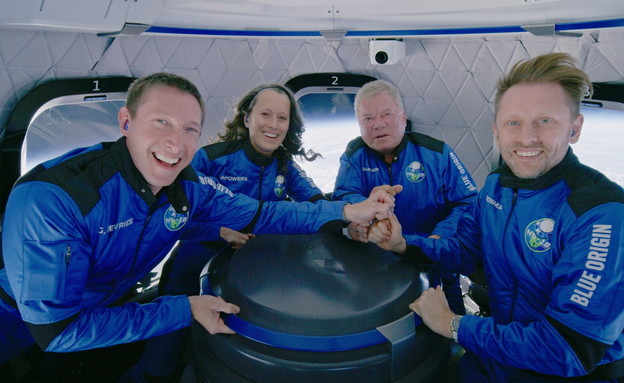 Businessman Glenn De Verrice took part in the historic flight with actor William Shatner, depriving his life in a tragic accident • “His energy, empathy and pioneering left a mark on us all,” eulogized at the company where he worked • Blue Origin Company of Amazon founder Jeff Bezos, Who launched the spacecraft on which de Vries was, praised him: “We were horrified to hear of his sudden death.”

Glenn de Vries, a 49-year-old American businessman and pilot, was killed Tuesday (Thursday) in a light aircraft crash – about a month after returning from a successful flight into space. De Vries took part in a flight of the “Blue Origin” company of Amazon founder Jeff Bezos, alongside actor William Shatner known as “Captain Kirk” from the “Star Trek” film series. In “Blue Origin” they mourned the deceased: “His passion for aviation and his contributions to charity will be remembered forever.”

The accident occurred Tuesday over the New Jersey skies. The Cessna 172 plane flown by De Verrice crashed in a wooded area about 40 miles from New York City, but the circumstances that led to the accident are unclear. In addition to de Vries, a man named Thomas Fisher was also killed.

“Our sincere condolences to Glenn’s family,” eulogized at the French airline Dassault, where de Vries worked as vice president. “His endless energy, empathy and inventive spirit left a mark on everyone who knew him. We will miss him very much.”

Blue Origin also praised De Verrice, who became one of its new astronauts: “We were horrified to hear of his sudden death. He brought so much energy and life to our company and his flight mates. His passion for aviation, charity work and commitment will be remembered forever.”