Gucci partners with Microsoft and puts Xbox Series X on sale for $ 10,000 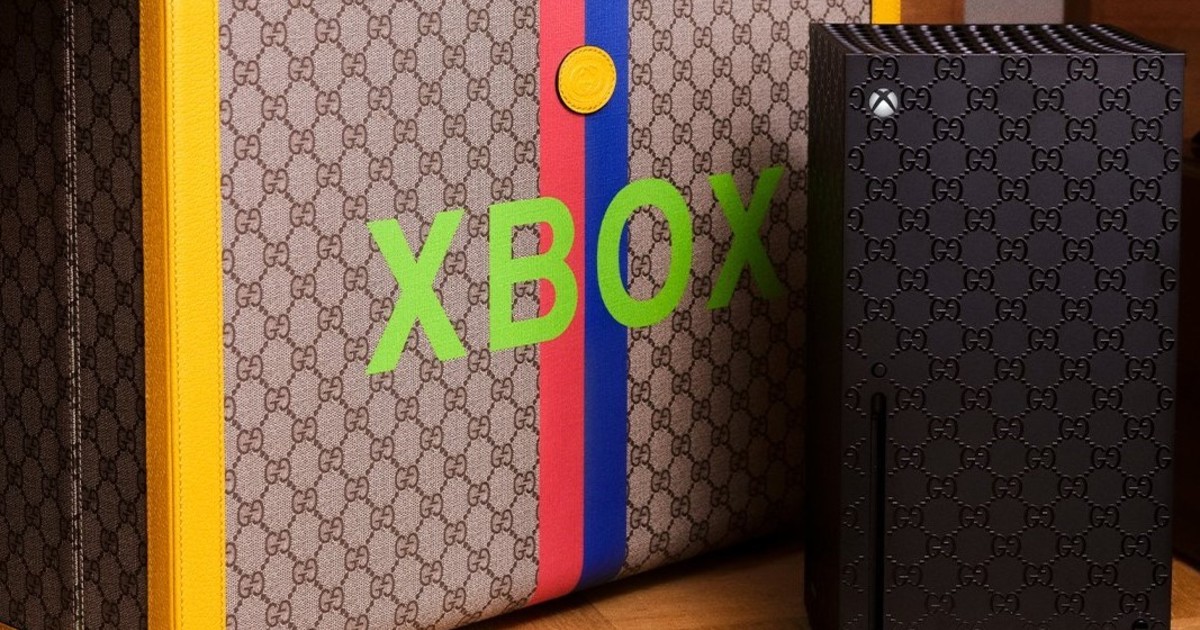 Only 100 of the consoles will be available worldwide, and the branded bundle will feature a numbered and laser-etched console, two custom Xbox controllers, and a branded carrying case. Xbox y Gucci. It also comes with a subscription to Xbox Game Pass Ultimate, although it is not clear for how long.

The kit comes with the well-known Gucci monogram motif laser cut on its surface. According to Gucci, the pattern is “an evolution of the original design of Gucci Rhombi from the 1930s “and the ‘GG’ “It becomes a play on words, representing not only the initials of Guccio Gucci, but also the phrase from the game ‘Good Game’.”

Then there’s the vintage-inspired carry case that has been specifically designed to store your console and controllers in a green Xbox liner. Custom controllers do not have the console’s laser etched pattern; instead, They feature the Gucci House Web stripe in blue and red.

Gucci’s Xbox Series X will go on sale on November 17, but presumably to increase the feeling of exclusivity, It is only available at Gucci stores in New York, London, Tokyo, Beverly Hills, Mexico City, Milan, Berlin, and stores in Beijing.

2021 is a big year for both Xbox and Gucci, with the former celebrating its twentieth anniversary and the second its hundredth.

The game is available on Xbox and PC. Photo Capture on PC

Microsoft is having a great time with its video game division and its own production: Xbox Game Studios’ Forza Horizon 5 became the most successful launch in the company’s history, registering more than 4.5 million of players on their first day on the market.

This even caught the attention of Phil Spencer, CEO of Xbox. Through his official Twitter account, Spencer celebrated the launch of Forza Horizon 5, mentioning that more than 4.5 million players are already enjoying this title on Xbox consoles, PC and even in the cloud.

“We have invested for years in Xbox so that more people can play. With more than 4.5 million players so far on PC, cloud, and console, Forza Horizon 5 shows that promise is coming true. [Este fue] the largest release day for an Xbox Game Studio game, topping Forza Horizon 4’s highest concurrent peak three times. Thank you players and congratulations to Playground Games, ”he tweeted.

Although Spencer does not share specific data, we know that at least a million of this group are people who paid for this title, since they had early access to this installment. On the other hand, it has also been mentioned that Forza Horizon 5 has surpassed the concurrent peak of players from the previously delivered by three times its number. There is no doubt that Xbox has given us a of the best experiences of the year.

Along with the subscription system that the company has, Game Pass, Xbox is experimenting a surge in its users.