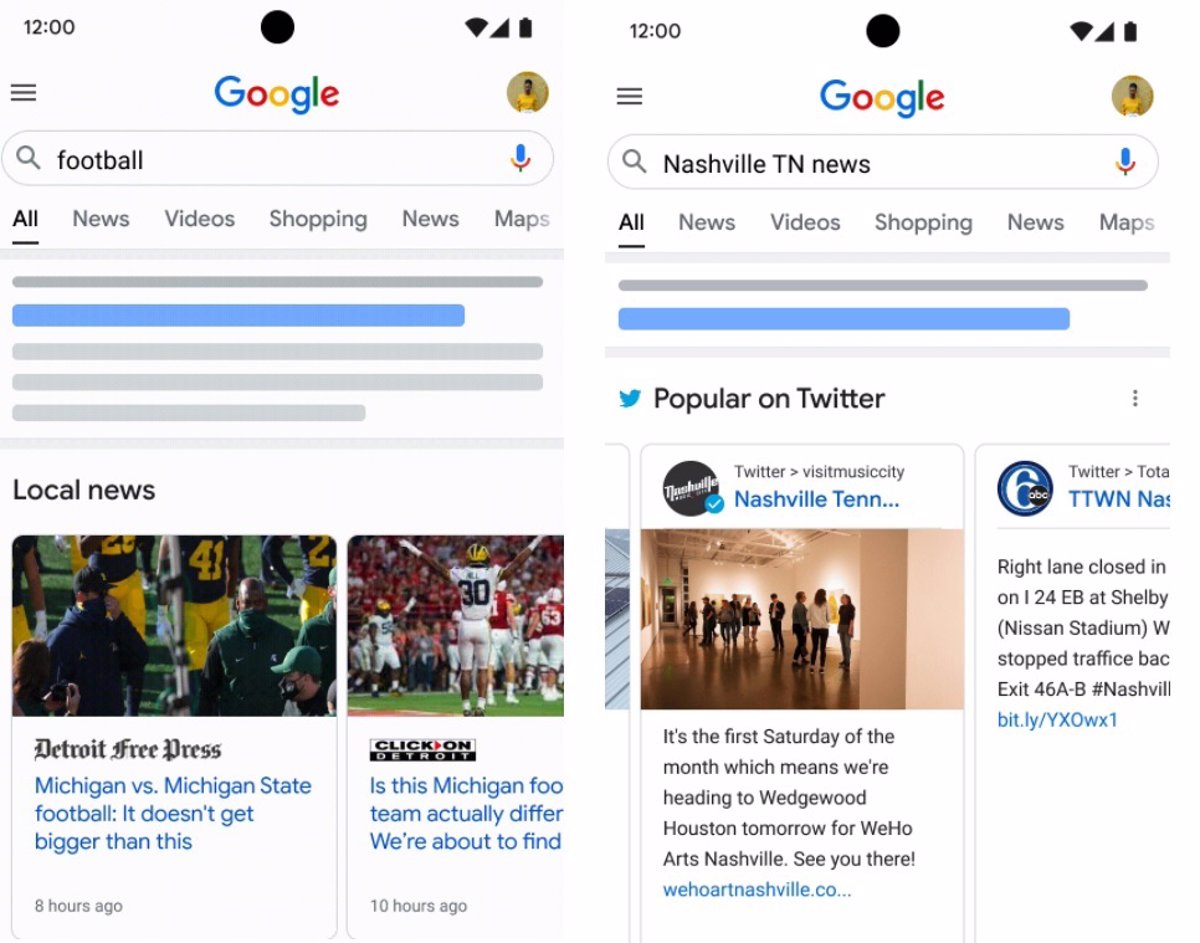 Google has introduced a new carousel in which prioritize local information depending on where the user is in his search engine, in order to encourage the promotion of smaller media and that these occupy the first line of news.

As reported by Google in a statement, with this tool it intends to provide new opportunities to local media, such as newspapers or magazines, in order to meet the requirements of users, who are currently searching for news more frequently. that have taken place near your location.

Based on a report carried out by the company, which has studied these search habits of users since 2015 and has confirmed that the total number of readers seeking local news has increased, it has made this tool available on the search carousel.

“This carousel will be available globally in all languages and it will help readers easily find stories close to them from local news publishers. This feature helps publishers by adding another avenue for their essential information to reach the community that needs it most, “said this release.

In this way, the search engine will place in the first place the result of a second division match or information related to a local football team in a town or small city when the user types in the search engine that sport, instead of giving priority to national sports entities.

On the other hand, Google has announced a new tool for journalists to find data with which to support their local news. Is about a project called Census Mapper, an embeddable map that displays census data both nationally and for states and counties. For now, it is it is only available in the United States.

In this presentation, Google also recalled that it is interested in investing in data journalism and does so through the Common Knowledge Project, also available in Spain, which offers comparative tables and percentages in relation to education, age, race or income, among other options, of a specific city.

This new version, the tool “created with journalists for journalists“, as mentioned by Google, it includes contributions from journalists, as well as geographical comparisons, new graphics and visual elements. In this way, you can access data such as which city has experienced the highest population growth, in what percentage it has grown or what is the most inhabited place in a country.