Old cell phones and Artificial Intelligence to protect green areas. The plan of Huawei and WWF 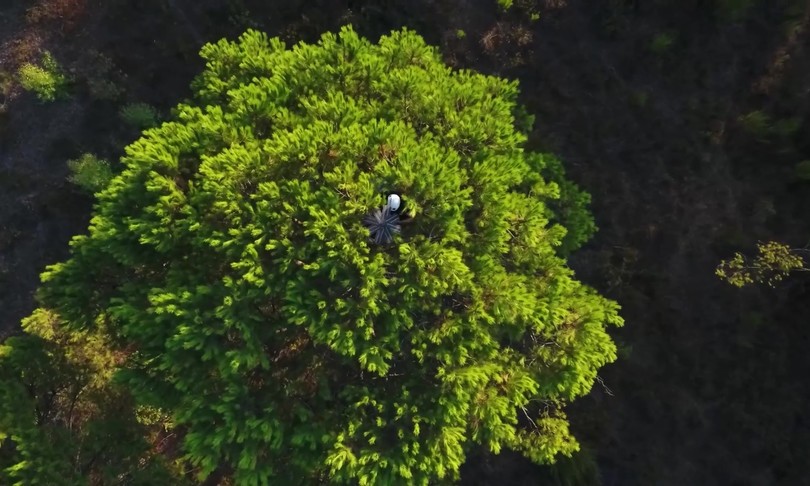 – Over a thousand acoustic warnings of possible illegal activities and more than three hundred thousand recordings of natural sounds. And all this thanks to the installation of older generation 2 and 3G mobile phones (powered by solar panels) and acoustic devices capable of listen to the sounds of nature (for scientific purposes) and to act as ears to activate interventions against illicit acts (such as poaching).

How? By storing data on a Cloud that will be analyzed and interpreted by Artificial Intelligence technologies and by launching alarms. We said 1000 acoustic signals and 300 thousand recordings: these numbers are the results of first three months of experimentation of a project that was developed by Huawei and WWF Italy (in collaboration with the Californian non-profit organization Rainforest Connection). It is no coincidence that the initiative is called “Guardians of Nature” and was presented in recent days in the Cratere degli Astroni Nature Reserve (crater of the Campi Flegrei volcanic area, in Campania, between Naples and Pozzuoli), one of the three areas in where these devices have been installed: the other two are Burano and Orbetello in Tuscany.

“There are currently four devices installed by Huawei in the area – explained a WWF expert – they are all powered by photovoltaic panels”. The device, said Fabio Romano, Director of Industry Ecosystem Development Huawei Italy, is closed in a box that contains an “old cell phone”. Its function is “record the sounds of nature H24“, sounds that will then be sent and analyzed.” The data is sent to the platform owned by Rainforest Connection “.

! Technology can offer an enormous contribution to solving complex and urgent global problems such as environmental protection and biodiversity conservation – underlined Wilson Wang, CEO of Huawei Italia – we have long been engaged in sustainability and inclusion projects in around the world through our Tech4All program. We are therefore very pleased to have succeeded in introducing in Italy, through our partnership with the WWF and the support of local institutions, an effective model capable of contributing to the protection of the country’s rich natural heritage “.

In particular, the 1000 reports allowed more than 15 verification actions on the field by the police, including a blitz by the Provincial Police of Naples who, accompanied by the WWF guards inside the Oasi Cratere degli Astroni, carried out the seizure of an illegal sound system for the capture of wildlife (poaching), identified thanks to the sensors installed within the Nature Reserve. “Thanks to these devices, we are able to listen to what is happening – explains WWF – for decoding, on the other hand, Artificial Intelligence helps us”.

Scientific analysis of the sound landscape

The 300,000 audio recordings from the oases involved will allow a study of biodiversity in Mediterranean environments, in collaboration with the experts of the Interdisciplinary Center of Bioacoustics of the Department of Earth and Environmental Sciences of the University of Pavia. Among the scientific research hypotheses there will be the possibility of analyzing the sound landscape of the habitats to evaluate their state of health by analyzing the acoustic biodiversity and the impact of noise. There will be the opportunity to identify the species present, with the aim of monitoring their presence, trends and disturbing factors, such as climate change, focusing on species of particular interest (including numerous umbrella species, threatened, rare or little known)

“The soundscape is the direct expression of the vitality, richness and biodiversity of many natural environments and represents an essential component of many ecosystems in which animals have evolved complex systems of communication, echolocation and perception of the environment thanks to sound” he explained Gianni Pavan, Professor of Bioacoustics at the University of Pavia. “Ecoacoustics is a new discipline that arises from combining bioacoustics and ecology, to study the natural acoustic environment through the monitoring of its composition, the recognition of the species present and the control of anthropogenic noise that has an impact on the life of many animal species. The soundscape is also important for human use and the therapeutic value of the sounds of nature associated with the lack of anthropogenic noise that afflicts us in everyday life is scientifically recognized “.