This is how Spanish stores face ‘Black Friday’ 2021 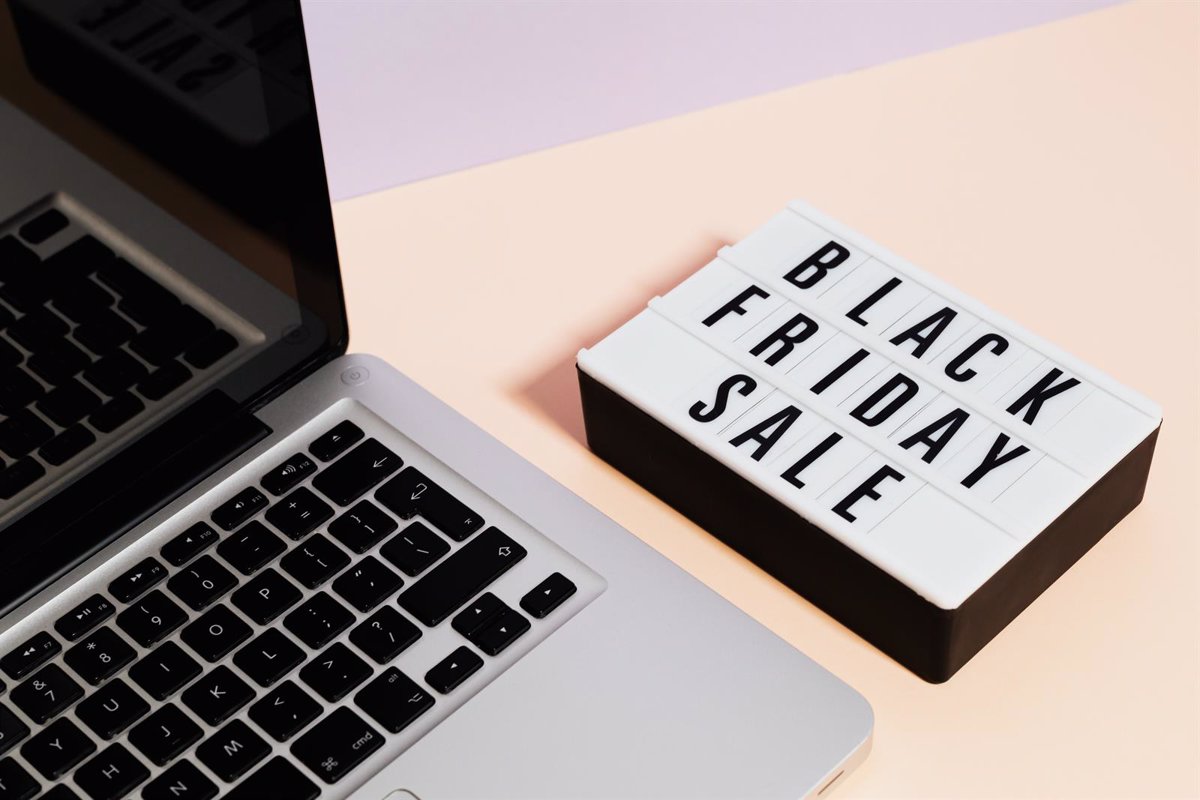 As every year, ‘Black Friday’ returns, a date that began to be common in Spain a few years ago and in which stores apply great discounts to encourage customers to start the holiday shopping season.

The so-called Black Friday is celebrated one day after the American holiday of Thanksgiving, the last Friday of November. His name pays homage to monthly balance of these businesses, which thanks to the purchases made on these dates, go from red to black numbers.

In Spain it was held for the first time in November 2012, year in which MediaMarkt launched a campaign called ‘Black Friday Sale’, which attracted a lot of consumer attention and which other brands were replicating, including small businesses.

Despite the fact that both ‘Black Friday’ and el ‘Cyber Monday’ traditionally they are limited to a specific day, both physical and online stores take advantage of the expectation that these offers usually generate to expand them.

While last year purchases were marked by the Covid-19 pandemic, this will also be a difficult year for the technology sector, mainly due to the crisis derived from the shortage of components, such as chips or semiconductors, which can affect the stock of certain products.

In Portaltic we have compiled a list with the proposals offered by different brands in technological products for ‘Black Friday’.

The Spanish technological ‘retail’ chain PcComponentes began its campaign of offers on November 14 and It will last until November 28 at 11:59 p.m., dThe weeks in which it offers different discounts on technological products of all kinds.

Some of the ‘bargains’, as mentioned on the web, include sections such as ‘gaming and streaming’, with smart watches, headphones, computers or accessories and components such as mice, graphics cards or towers.

In the selection of offers of PcComponentes are the calls daily flash deals, which are published between 9:00 a.m. and 10:00 p.m. They present the number of units available at that time and are revealed throughout the day with a countdown.

The French multinational usually applies discounts throughout the year, with offers such as a 4×3 in music and vinyl, as well as a 3×2 in cinema. They have been joined by the call ‘Operation Black Offers’, which began on November 1 and has remained in force until the 18 of the same month.

From November 19 to 28 Fnac will celebrate ten days of Black FridAlas, with deals up to 50 percent on thousands of products, including the Google, Dyson, Kobo, Samsung, Lenovo and Apple brands.

Worten started his discount season The 2nd of November and will extend it until next November 29. Those who have bought a product in that time have until January 31 to return it.

Under the slogan ‘IW Black Friday’, the brand has launched a calendar of offers that includes ‘The bargain of the day’ and whose discounts only last 24 hours. Among some of the products that have been sold in this section are the GARMIN VivoActive 4 sports watch, at a price of 299.99 euros or a TOSHIBA Canvio external HDD disk 4 TB Basics for 74.99 euros.

Other offers refer to large such as small appliances, which are 40 percent off, 50 percent off home audio devices and portable stereos, as well as brands like Braun, whose offers are 25 percent. less in the final price.

As in the rest of the chains, MediaMarkt has launched a campaign of discounts of 20 percent at least for buying brands like Apple, Samsung, Lenovo, HP, Cecotec, Philips, AEG, Garmin, Canon, Dyson or Nintendo. For the day of the official ‘Black Friday’, he has opted to promote even 50 euros discount on the purchase of the new iPhone 13 (including 13 mini, Pro and Pro Max).

In terms of computing, it has launched bundles of ‘hardware’ and ‘software’ offerings, such as the 15.6-inch HP 15S-FQ2025NM laptop with 16 GB of RAM and 512 GB SSD in silver with the license annual Office 365.

Smartphones, tablets, appliances and kitchen equipment including hobs and worktops, as well as everyday products, such as mixers, fryers or coffee makers are some of the products that can be purchased cheaper during this month and some of them have shipping costs included.

As it happened in 2020, Amazon has anticipated the official date of ‘Black Friday’, since since November 8 it has been launching some advances with advance offers and discounts of up to 40 percent.

Between the flash offers, that do not last more than 24 hours, has made available to users items such as the Topvision cinema projector, at 67.99 euros (its usual price is 99.99 euros) and even a Sainlogic weather station for 190.74 euros (before, 263.98 euros).

Some of the products that offer a lower price are those of the brand itself, such as the 3rd generation Echo Dot smart speaker, as well as WiFi 6 systems and extenders, routers or Amazon Kindle devices.

Phone House celebrará su semana Black Friday from November 22 to 28 with a wide catalog of discounted products, among which are ‘smartphones’, accessories, home, photography and computers.

Even though he now presents special offers in photography and digital video from Sony, consoles and video games, as well as the free shipping of smartphones at home, for the moment he has not advanced what the ‘Black Friday’ offers will consist of.

Regarding its return policy, the company has anticipated that all those products that have been purchased during this period, can be returned until next January 15.

Discounts will go up to 75 percent discount And they will be active from Thursday until November 30 at 11:59 p.m. through Nintendo eShop.

Sony Interactive Entertainment Spain (SIEE) announced this Friday the start of the Black Friday 2021 campaign. Since then, players will be able to get a discount on the subscription of twelve months of PlayStation Plus for 39.99 euros (previously, 59.99 euros) both through the PlayStation Store and physical stores attached to the promotion.

Through this online store, and until November 29, games can be purchased with discounts such as FIFA 22, The Last Of Us Part II, NBA 2K2, Back 4 Blood, Marvel’s Spider-Man Miles Morales O FAR CRY 6 for both PS4 and PS5.