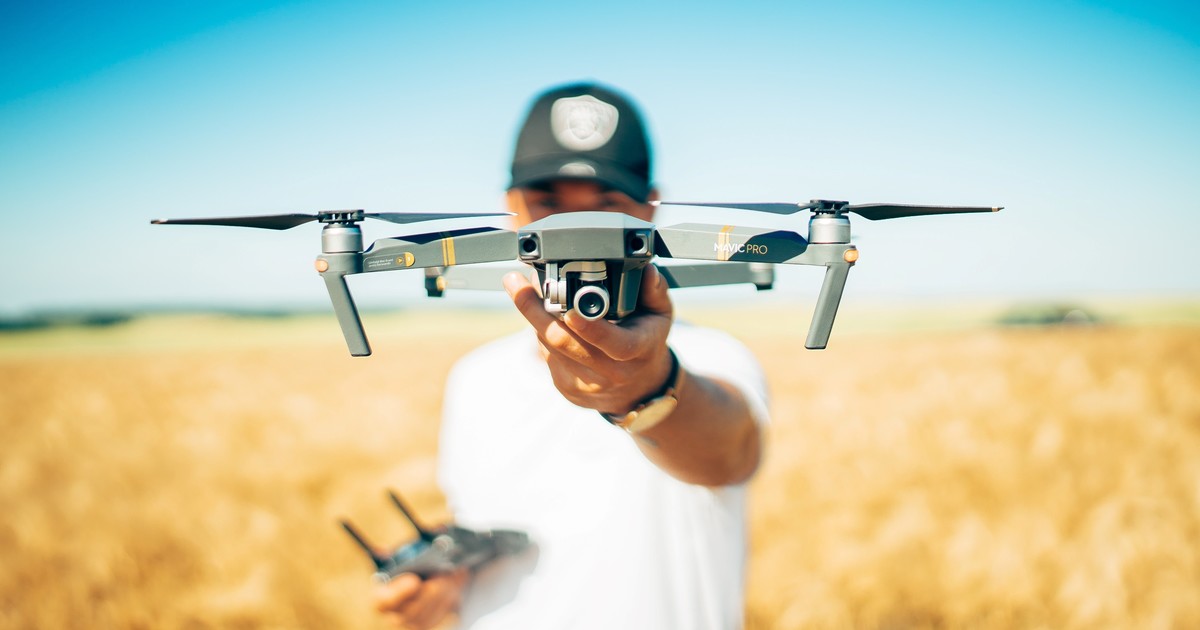 For those looking for a challenge that is on the other side of the virtual border, drones bring the vertigo of driving simulators to the real world. Operating this gadget remotely and keeping it stable requires a lot of dedication and some notions of flight. On this note, five ideal models for beginners.

A drone is an unmanned aerial vehicle (UAV) that operated from a gamepad-like control module which usually comes from the factory. To access special functions, some require the installation of an app.

Base models are small and light, which facilitates its management and prevents its propellers from being amputated in some reckless maneuver. The five models are the Gadnic Buzzard T30, Daming DM107S, Sky Hunter X8 Tw Jie, Hubsan X4 H107D y JJRC H36.

These floating robots are generally supported by four motors located at the ends of each of its shafts. Also, under their armor, they have a very small chip to receive piloting instructions, increase or decrease acceleration and altitude.

Each of these UAVs comes with at least one sensor between its circuitry, such as a barometer, gyroscope, or accelerometer. The more sensors it contains, the further it will be from being a computer toy and the greater its technical possibilities.

Thus, through these sensor arrays an automatic travel mode is enabled, there is another to maintain a constant altitude, level the landing, make sharp turns or detect the proximity of any object.

The Buzzard T30 stands out for bringing a GPS built into its chassis so that, in the event of an accident or loss of signal, the owner can know the exact location where the device was lost.

This Gadnic quadcopter is made up of 4 engines with altitude hold for stable flights. The remote control supports up to 120 meters of travel and about 8 minutes of autonomy in optimal conditions. It costs 10 thousand pesos.

Camera aircraft represent the most popular category. Allow take aerial shots with professional results in landscapes, family gatherings or for recreational purposes. They also serve to monitor large infrastructures or carry out perimeter surveillance of fields or sheds.

Some have room to mount your own camera and others have a lens built into their frame. In this case, it will be necessary to consider that at least, its resolution is Full HD (1,920 by 1,080 pixels) like the DM107S that also transmits video in real time through a proprietary app.

In addition, once in flight it can be controlled by gestures. You only need to move your hands in front of the drone for it to respond with the desired movements. It costs 10,803 pesos.

Jie-Star SkyHunter. It is a foldable drone suitable for racing. Price: $ 8,990

Range and flight range are two key factors when opting for an outdoor drone. This registry in turn establishes the dividing line between entertainment models and those intended for professional use.

The range represents the radius of operation of the vehicle, both in distance and in height. When it reaches the maximum amplitude .between 50 and 300 meters- contact with the remote control or the smartphone is lost and in seconds, it collapses.

The base from which the navigation instructions are issued and the device are linked together by radio frequency, in the 2.4 GHz band. The other method is using a Wi-Fi network or using mobile data.

The SkyHunter is an ideal racing drone for learners. It has the first-person view (FPV) mode that facilitates its movement in the heights. Provide a immediate response to speed changes, which increases their learning curve.

It is not suitable for indoor or aerial shots, as its camera is very limited. It has a 3.7 V 650 mAh lithium battery for a range of about 6 minutes. It costs 8,990 pesos.

Before venturing into more complex ships, it is always advisable to learn to master the basic functions – landing, avoiding obstacles, wind speed and 360-degree turn – in an ultra-light device such as the Hubsan X4.

Its advantage over other competitors is that it achieves a more serene ride both indoors and outdoors thanks to the integrated 6-axis stabilization system.

This mini drone is also one of the smallest, measuring 50 by 9 by 34 centimeters and weighing 35 grams. In addition, its materials provide high resistance to impacts and falls.

The figures provided by Hubsan indicate that it has a 380mAh battery that provides about 8 minutes of continuous flight, while its range is 100 meters. Its 4 LED lights facilitate its location under low light conditions. It is 15 thousand pesos.

JJRC H36. It is of the headless type or headless mode by which the drone is oriented automatically. Price: $ 15,000

A detail that is not at all irrelevant is the method of attachment of the UAV and the number of independent pieces that cover its skeleton. Since during the training stage it is common for him to receive some bruises and their parts end up fragmenting.

Not only must it be as resistant as possible, but also spare parts for its propellers can be obtained. The H36, built in polycarbonate, comes with protection to cushion falls.

It weighs 22 grams and fits in the palm of the hand and is of the headless type or headless mode whereby the drone is oriented automatically without one having to distinguish the head from the tail.

It has a 3.7V / 150mAh battery with a flight autonomy of about 6 minutes, a range of 30 meters and a charging time of 30 minutes. The battery is interchangeable, so it is always convenient to carry more than one.

With two flight modes. A slower one to understand the logic of its controls and a more accelerated one for experienced pilots with which to make turns and pirouettes. It is 15 thousand pesos.

Drones: what the law says in Argentina

Before investing in a drone it is important to know the current legislation. And although for recreational uses the only limitation is not to use it in urban areas, for commercial use it is necessary process a series of pilot permits and licenses.

The National Civil Aviation Administration (ANAC) is the aeronautical authority of Argentina and as such, is in charge of applying the Provisional Regulation that establishes responsibility for damages that may be caused to third parties during their operations, in accordance with the provisions in the current regulation.

To this are added the following requirements: