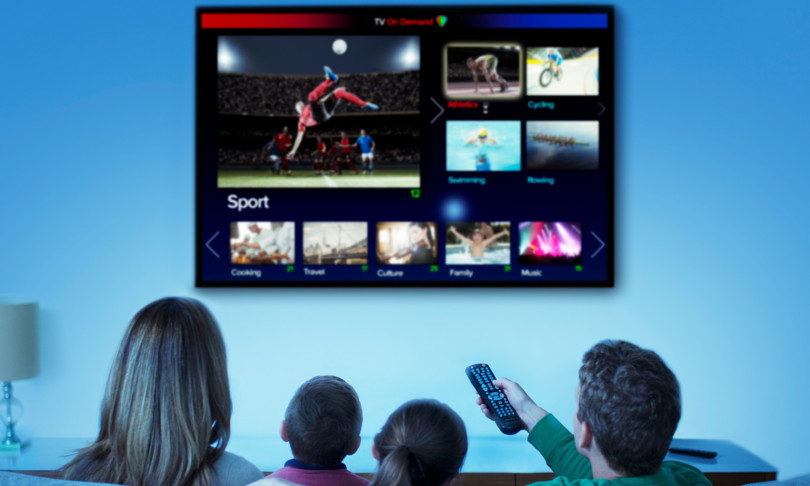 Some time ago there was who predicted the death of the television, destined to give way to smartphones, tablets and PC screens. But those Cassandras had not reckoned with the ability of technology to hybridize and therefore of the television to transform itself into something capable not only of surviving the explosion of the web, but of exploiting it to regenerate itself.

And here is the proliferation of smart TVs and devices capable of transforming even old screens into ‘hubs’ to access an almost unlimited amount of content on the net. So not only have the screens in Italian homes increased, but the main one, the ‘mamozzone’ that has been showing off in the living room for 70 years, shows no sign of wanting to move from there.

Millions of screens in Italian homes

The screens inside the houses are 119 million and 400,000 (+ 6.2% in the last two years), with an average of 5 screens for each family. In 2021, television sets exceed 43 million (+ 1.0% from 2019) above all due to the now overwhelming presence of Smart TVs or connected external devices: there are 15 million and 300,000 (+ 46.6% in the last two years) and are in tune with both the new ways of viewing and listening (by now rooted within the social body) and with the switch off made necessary by the upcoming advent of second generation digital terrestrial.

Almost 4 million individuals, then, use the Smart TV to browse websites. And the data on individual uses that emerge from Auditel’s basic research clearly confirm how Smart TV represents an access door to the internet for over 22 million Italians, most of whom use it to activate on-demand applications.

Among them, the overwhelming majority (87.4%, for a total of 2 million and 267,000 families) does have an internet connection, but in 85.2% of cases it is only from a mobile line: a connection, therefore, more hardly able to support the streaming use of the Smart TV.

Television remains central to the media diet of Italians, but the methods of use change, more and more individualized and on demand, with the construction by each member of the family of their own schedule resulting from the combination of different contents on different screens and in different places.

In fact, over 4 million Italians follow linear television programming on their smartphone (+ 6.3%), while 2 million and 700,000 follow it from their PC, with a growth of 41.1% in the last year; and one million and 200,000 Italians see TV content on the tablet.

In addition to those who follow linear television programs on the web, there are also those who use all the screens available to connect to the Internet and build your own schedule made up of on demand content.

3.5 million Italians download films from the Internet (+ 33.3% in the last year) and over 13 million watch non-linear content on on-demand television platforms (+ 38.2% in the period considered).

Not to mention that 24 million Italians use the various platforms available on the internet, mostly for a fee (+ 48.4%), with a strong growth in the number of those who watch them frequently: they are 16 million and 600,000 and have increased 86.0% in one year.

Those who just don’t want the Internet

There are 2 million and 300 thousand, 9.8% of the total, the Italian families not connected. Another 7 million and 200 thousand families, 29.9% of the total, have only the mobile line. Between them, about 5 million connect only from smartphones, a device which, obviously, is not able to sufficiently support the new ways of studying, working and socializing that are emerging.

These are, above all, families made up of only the elderly and families who are in one a condition of strong socio-economic precariousness: they often combine a lack of material resources with a lack of culture and digital skills.

Furthermore, 27.0% of families whose members include at least one student and / or worker connect only from a mobile line and 15.6% exclusively from smartphones, while 8 million and 400 thousand Italian families, 35 , 1% of the total, has neither a PC nor a tablet at home, a share that reaches 72.8% among those on a low socio-economic level.