Intel celebrates the 50th anniversary of its first microprocessor, the first in history 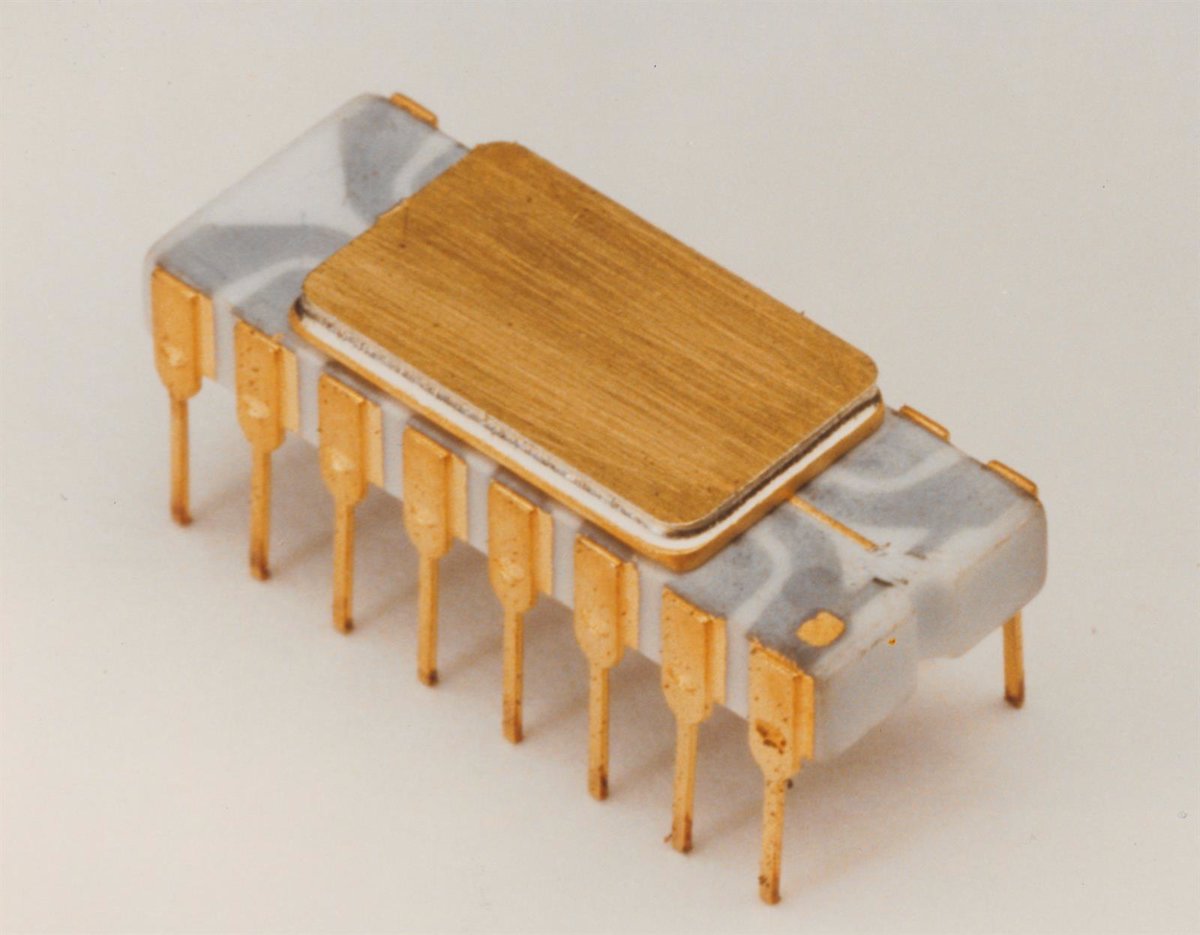 Intel celebrates this year the 50th anniversary of the manufacture of its first commercialized microprocessor and the first in history, the Intel 4004, with which the company demonstrated that it was possible to build complex integrated circuits and compact them into an object of a small size.

The 4004 processor “paved the way for modern computing thanks to microprocessors, the ‘brains’ that make almost all modern technology possible, from the cloud to the ‘edge’ “, Intel has acknowledged in a statement.

Federico Faggin, an Intel engineer, and his team, consisting of Tedd Hoff and Stan Mazor, went to work to adapt the original plans for twelve custom chips into a set of four, including CPU 4004, which was introduced in November 1971. This work resulted in the microprocessor.

This chip, which was barely the size of a human fingernail, proved to catch up and offer the same computing power as the first electronic computer. built in 1946, that came to occupy an entire room.

The invention of the 4004 microprocessor founded a new random logic design methodology, which would follow the next generations of chips before reaching those we currently know. “The 4004 was so revolutionary that it took Intel a few five years educating engineers on how to build new microprocessor-based products, “commented Mazor on the occasion of this anniversary.

This achievement marked a milestone in the history of computing, something that the current CEO of Intel, Pat Gelsinger, has wanted to highlight. “Think of all that we have achieved in this half century. It is a sacred moment for technology. This is what made computing really take off, “he said.

For his part, Faggin has assured that in 1970 it was believed these microprocessors would change the way of designing systems “going from ‘hardware’ to ‘software’ “. And he added that “the speed with which microprocessors developed over time and were adopted by the industry was truly amazing.”

The difference between the 4004 and the newer processors in terms of looks and performance is recognizable. The first chip had a wooden protector and had a maximum clock frequency of 740 KHz, while current ones can exceed 4 GHz.