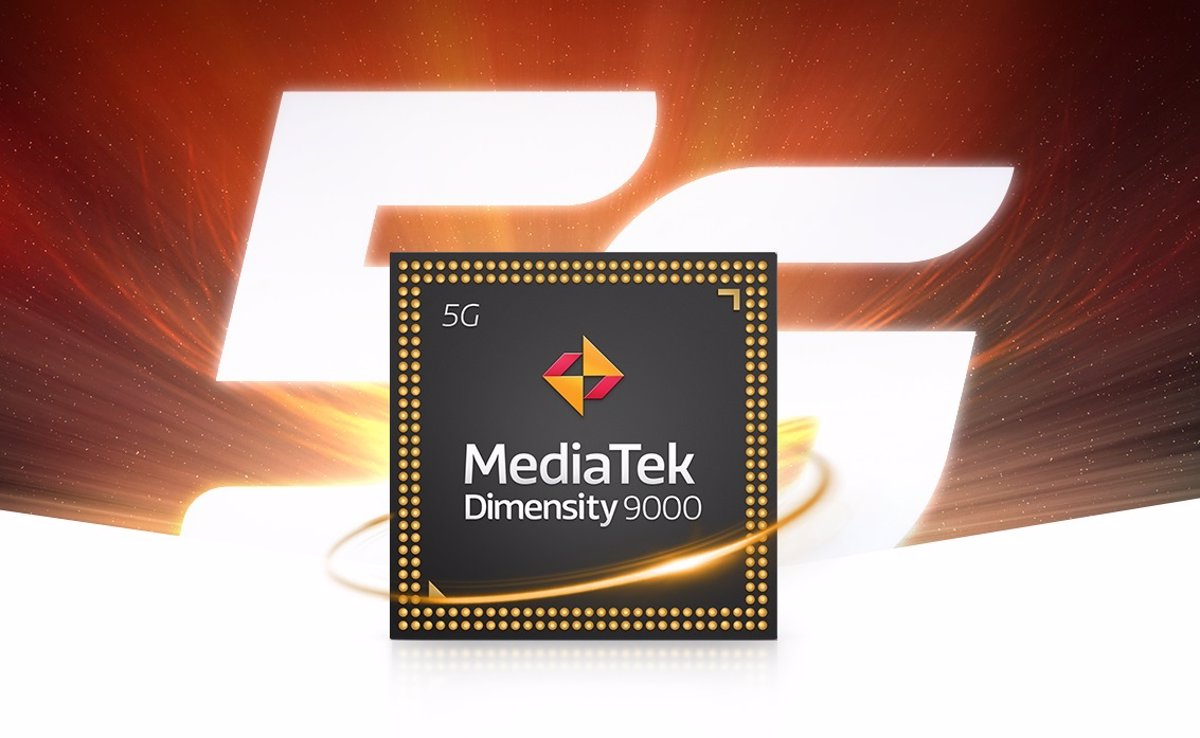 Chip maker MediaTek has introduced a new flagship for its catalog of processors for mobile phones, Dimensity 9000, with support for 5G, up to 3.05 GHz maximum frequency and four nanometer (4nm) process architecture.

Dimensity 9000 is the first chip on the market made with the 4nm process technology from Taiwanese manufacturer TSMC, which improves performance and energy efficiency, as reported by the processor company on its website.

The new chip becomes MediaTek’s highest-end chip, with a Armv9 architecture and eight cores: one ‘ultra’, of the Arm Cortex-X2 model, with a maximum power of 3.05 GHz; two ‘super’ Arm Cortex-A710 cores that go up to 2.85 GHz; and four Arm Cortex-A510 efficiency cores.

The Taiwanese company’s processor supports the LPDDR5x RAM technology, with support for up to 7,500 Mbps, and there is also enabled for 5G networks using a next generation UltraSave 2.0 energy efficient modem and 3GPP technology, with which it reaches speeds of 7 Gbps.

Dimensity 9000 employs a 18-bit image signal processor with support to allow high dynamic range (HDR) images to be captured by the lenses of a triple camera simultaneously. It is also the first chip that allows cameras up to 320 megapixels (MP).

MediaTek’s high-end processor also renews its unit dedicated to Artificial Intelligence (APU) for tasks such as video games and the camera, and is now four times more efficient in energy consumption than the previous generation.

At the graphic level, the manufacturer has also equipped its new flagship with the first graphics processing unit (GPU) Mali-G710, which introduces the ray tracing using Vulkan on Android and that supports screens with 180 hertz refresh rates and FullHD + resolution.

Dimensity 9000 technical characteristics are completed with support for the wireless connectivity standard Bluetooth 5.3 (for the first time on mobile phones), WiFi 6E 2×2 to double efficiency and audio via Bluetooth Low Energy (Bluetooth LE).