Spotify removed shuffle on all albums at Adele’s request 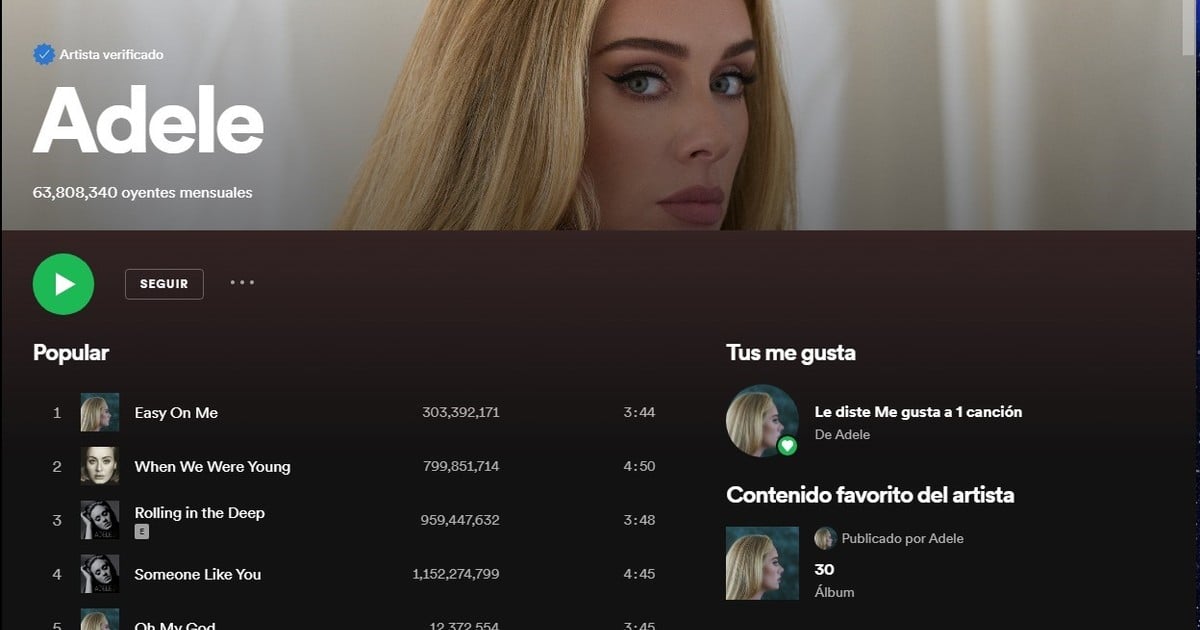 The singer Adele recently asked the Spotify platform if the option to play randomly in music albums could be modified. Their argument is that they were created to be reproduced in a specific order. This is, as a conceptual artwork, in the same way that the chapters of a book are arranged one way and not another.

Against all odds, Spotify has accepted the British artist’s request and changed the shuffle button, so the songs will now be played in the order in which they are laid out on the discs. Not just Adele’s, but everyone.

The change shows the influence that some musicians have on the streaming platform. And while the change may work on some albums, what was never taken into account was the opinion of the listeners, which are ultimately the audience for that music.

“This was the only request I had in our ever-changing industry! We don’t create albums with such care and thought on our song list for no reason. Our art tells a story and our stories must be heard as we intend. Thanks Spotify for listening. ”

This was the only request I had in our ever changing industry! We don’t create albums with so much care and thought into our track listing for no reason. Our art tells a story and our stories should be listened to as we intended. Thank you Spotify for listening 🍷♥️ https://t.co/XWlykhqxAy

The button to activate random playback is still present in the artist view, or of a playlist. But when it comes to the album view, it won’t show up again.

The British singer has confirmed from her Twitter account that it was she who asked for the elimination of the option as the only condition for your new album to be present on streaming platforms.

From the official Spotify account on Twitter, between reverence and fear of anger, they responded that “they would do anything for her.” Because apparently so far no one had complained enough, or Adele was the last straw.

The spokesperson for Spotify reported that, for the moment, users continue to choose to randomize the albums, only that they will have to configure it this way.

From now on, the platform’s default playback will be in the order in which the album was created and not randomly, as was previously the case.

Random play is one of dozens of criticisms that artists have made of music platforms over the years. Adele, taking advantage of her new material to pressure the industry, has simply made it public.

In addition, it is enough to look at the numbers of the British singer to consider any proposal, no matter how far-fetched it may be. His single ‘Easy on me’ managed to surpass the record of broadcasts in a day on Spotify previously held by the group BTS.

However, the way music is used today is very different from the record era, where consumers respected the established order as a mandate. Today this trend is replaced by the consumption of hits. Many artists even abandoned album creation.

Added to this is the fact that streaming platforms, for years, seemed to point out that random mode was the correct way to use content that were served on their lists. That is why it is surprising that the slogan has now undergone a radical change.