A security expert explains: This is how you will check if there are hidden cameras in the room 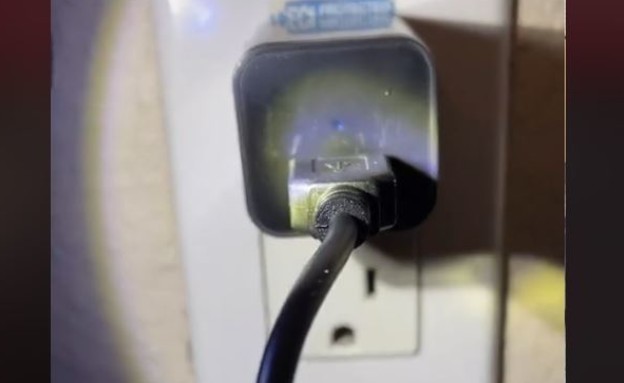 Many tourists who sleep in hotels that are not from a large and well-known chain or in Airbnb apartments, fear that the owners of the place follow them with the help of hidden photo equipment. A security expert is now explaining the tricks to uncovering all the equipment, and it’s going to change the way you live from now on.

One of the most disappointing and frightening phenomena in recent years of staying in hotels from an unfamiliar chain or in Airbnb apartments, is voyeuristic property owners who document with the help of hidden equipment their customers without their knowledge. And that’s exactly why Marcus Hatchins, a security expert, has released a ticking video that demonstrates how such hidden equipment can be easily exposed.

The first thing to do, according to Marcus, is to check in “comfortable” places for those who want to photograph you in the most intimate situations, for example a smoke detector on the ceiling above the bed, a shower head or even an alarm clock by the bed.

The second step is to illuminate with these flashlight of your smartphone on these objects – if you see a spark returning to you or even the camera head or a small circle of camera lens, then there is a hidden camera. Another method of detecting the cameras is to turn off the lights in the room and check through the phone camera if you can see LEDs lit in places where there is a camera.

Another way that Marcus recommends for checking hidden cameras around you, is to download an app called the Fing app that works if you have the place’s Wi Fi password. When you turn it on, you will find all the devices connected to the same network and it will give information about what type of device is connected.

A simpler trick that is especially relevant to tenants is to turn off the Wi Fi in the apartment. If the landlord calls because he has found that the Wi Fi has been turned off, you can conclude that he may have known about it by the fact that his hidden surveillance equipment has stopped working.

It is important to know that covert photography of guests in hotels and guest rooms is prohibited and constitutes a violation of the law. Airbnb H also has a clear clause in the terms of use, according to which both the guest and the host are under no circumstances allowed to record or photograph the guests in the place in any way.

One thought on “A security expert explains: This is how you will check if there are hidden cameras in the room”