Apple filed a patent for a 100% glass iPhone 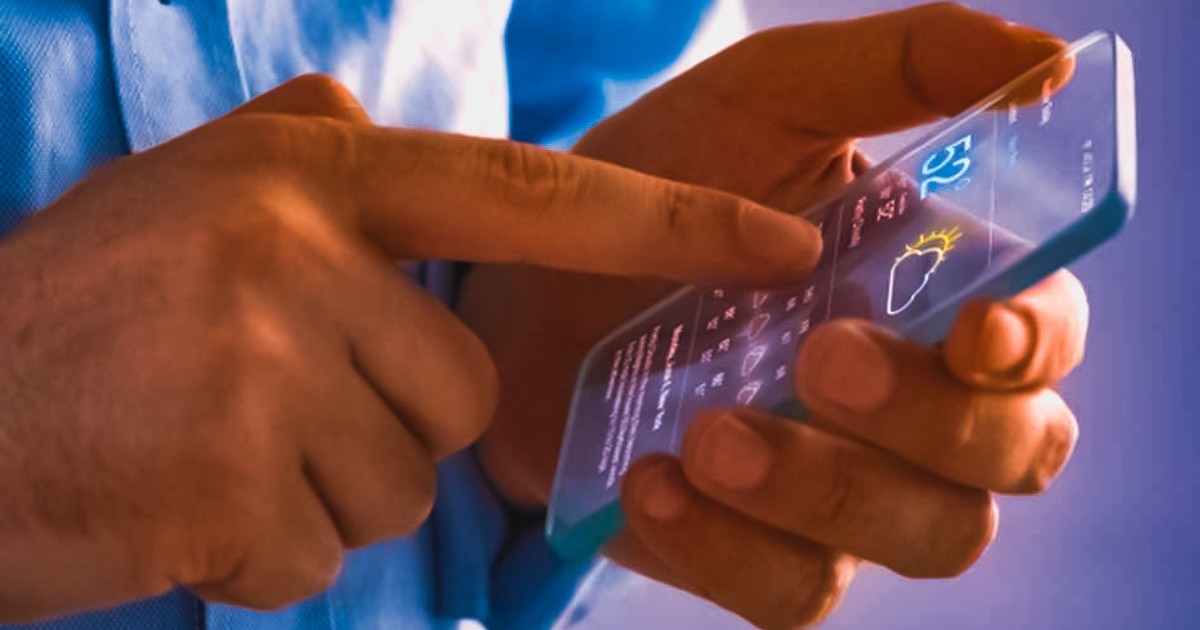 The next evolutionary step for smartphones, after reaching the goal of being foldable, is to achieve a mobile that is completely transparent. Apple is one of the manufacturers in the race to achieve this technological feat.

Patent registration is the best indicator of medium and long-term plans. The most recent project accounts for a iPhone made entirely of glass with a screen that covers the entire surface of the mobile.

The firm led by Tim Cook has just submitted to the United States Patent and Trademark Office (USPTO) a document detailing the technical details and operation of an iPhone made of glass.

It is a futuristic device, with a transparent and ultra-flat screen, indicators on the sides, tactile buttons and no connection ports in sight.

The pantheon presented by Apple.

The idea of ​​multiple, extendable displays is not new to the industry. There are foldable phones, others with two screens and some terminals that extend the functionality of the touch screen to the edges.

But Apple’s patent takes this concept to a whole new level and foresees the possibility for the device to essentially compromise the displays on all sides, something that would require a fairly sophisticated palm rejection to avoid accidental touches.

The one in charge of turning on the alarm was Patently Apple who published the details on its site. The patent contemplates the manufacture of a device with a glass finish on all six sides.

How will the transparent iPhone be

These six sides would count inside, with six flexible screens that can accommodate the curvature of the glass and that can act as tactile regions.

The ultra-thin and transparent design of the iPhone of the future.

The different pieces of glass would be positioned so that they would form a continuous surface, with some openings to accommodate the microphone and speakers. In certain areas the glass could have a different texture, so that just by touch you can tell that this is a touch surface. A resource that serves to differentiate the volume and power buttons.

Depending on the orientation in which the phone is used, the software would take care of displaying the information dynamically. This would allow you to see data in the corners, information that would also be interactive and that would clear the main screen of the need to display it.

The classic drop-down menus showing the indicators of Wi-Fi, battery and connectivity sand will be located in a corner of the iPhone, so there would be more space for content on screen.

Finally, Apple investigates how to access the interior of such a device. Necessary both for its manufacture and for the maintenance or repairs necessary during its useful life, the firm plans to include a kind of windows on the sides.

It also contemplates the possibility of removing the entire lower part, something quite in line with the system that was seen in the original iPhone and that would allow easy access to the circuitry and components of this spectacular phone.

The appearance of patents should not be construed as the full intention of a company to launch those products. Super-detailed mockups have been seen countless times, described in documents filed with the USPTO and other agencies, but never filed.