The US Department of Justice sues Google for monopoly 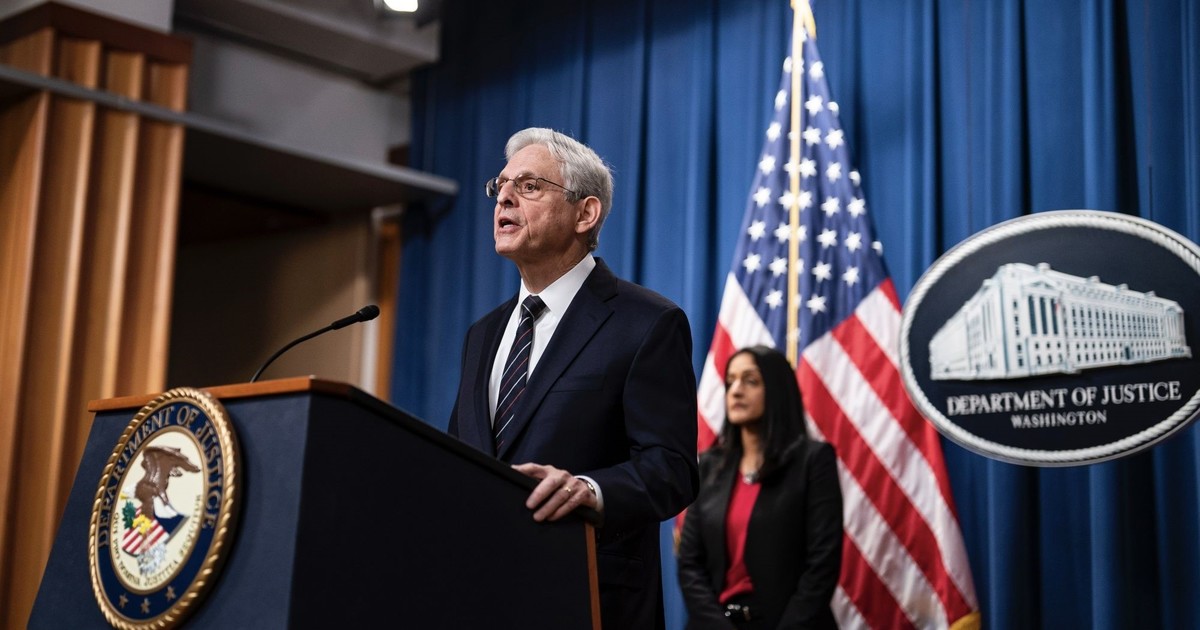 The agency filed a lawsuit against Alphabet for its online advertising business.

The United States Department of Justice filed an antitrust lawsuit Tuesday against Google,a subsidiary of Alphabet, for its online advertising business.

The department and eight other states accuse the tech giant of illegally abusing its dominance in digital advertising and violate the Sherman Antitrust Act.

“An industry giant, Google, has corrupted legitimate competition in the ad-tech industry by engaging in a systematic campaign to seize control of the vast array of high-tech tools used by publishers, advertisers, and brokers, to facilitate digital advertising,” the lawsuit states.

And he adds: “The competition in the technology space advertising has been interrupted for reasons that were neither accidental nor unavoidable”.

The lawsuit, filed in the Eastern District of Virginia, seeks to have a court force the company to get rid of Google Ad Manager (its ad management platform) and for the court to prohibit Google from continuing to engage in any of the practices anticompetitive actions described in his complaint.

This is the second major antitrust lawsuit filed against Google by the Department of Justice in the last three years, after it announced in 2020, along with a coalition of attorneys general, the lawsuit for using anticompetitive tactics to illegally monopolize the search markets and online advertising.

The vast majority of Google’s revenue (81% in 2021) comes from advertising. In 2021, it entered 209,000 million for this concept, a figure that makes it the largest advertising company in the world.

Google’s ad dominance stems in large part from the acquisition of ad technology that has given it an ad-serving advantage over its competitors.

In 2007, it bought DoubleClick, an advertising services company that allowed it to sell display ads on websites.

Google, in the midst of a crisis and layoffs

The announcement comes at a complex time for the company. Amid the wave of layoffs at tech giants, Alphabet announced last Friday a global plan to cut 12,000 jobs as part of a large-scale restructuring.

“We have decided to reduce our workforce by approximately 12,000 jobs,” Alphabet Chief Executive Sundar Pichai said in an email sent to workers. The executive added that the company’s payroll had increased too much in recent years, within the framework of “an economic reality different from the one we face today.”

The job cuts represent about 6% of Alphabet’s global payroll and affect all areas of the company, including some corporate functions, engineering, products, and recruiting.

This layoff process was announced days after its competitor Microsoft Corp cut 10,000 jobs, about 5% of its workforce.

Tech companies are still mired in one of the worst crises in their history. Other large companies in the sector -such as Meta (owner of Facebook), Amazon and Twitter- have announced plans to cut staff at a time when they are facing severe economic turmoil.

“We have carried out a rigorous review in all areas of products and activities to ensure that our people and our positions are aligned with our most important priorities as a company,Pichai wrote.

Alphabet shares gained as much as 1.8% during premarket trading in New York on Friday after the announcement was made. The stock has fallen 30% in the past year.

Google has been taking a series of cost-cutting measures in recent months, canceling the next generation of its Pixelbook laptop and permanently shutting down Stadia, its cloud gaming service. In early January, Verily, a biotech unit of Alphabet, said it would cut 15% of its staff.

Since 2017, the company has more than doubled its workforce, which reached 186,779 in the most recent quarter. Many of those hires were to Google’s cloud division, where the company is trying to build a second sales pipeline to complement its ads business.