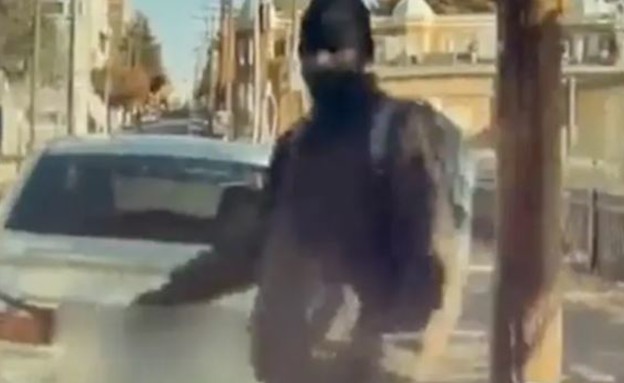 Stressful incident in the US: A tic-tac-toe user shared a video from his Tesla camera in which a man armed with a knife approaches him. The video went viral and has already garnered more than 3 million views, with surfers stating:
“The investment in the car has paid off”

Tesla “saved” its owner’s life after she photographed a man holding a knife coming in his direction.

A driver named Cedric, a resident of Richmond, Virginia, posted a video on his ticketing account last week, after his terrifying encounter with an armed man. In a video he shared, a masked man can be seen approaching his car, passing by its front and turning to the driver’s door.

Cedric explained in the post that he was about to get out of the vehicle, but then noticed on the car camera that the stranger was holding a sharp knife in his left hand, and was apparently trying to hide it. Fortunately, Cedric remained in place and the man eventually left.

He shared the video and wrote: “It happened on campus. I was shaking for a while. I called the police after that.” The video went viral and was viewed more than 3 million times, with thousands of people asking in response for more information about the stressful incident.

Happened on campus. Got shook for a while. Called the police after this #richmondva #knife #tesla #vcu

Cedric expanded a little more and said, “To whoever asks, the guy approached me and asked me if my car was a Maserati, and I could not understand what he said after that. “To do something, but he just left. I made sure the area was vacant, and then I went inside and called the police on campus.”

Some of the responses indicated that this is excellent public relations for the manufacturer. “This is the best Tesla commercial I’ve ever seen.” Another wrote: “The car paid back the investment today.”

At the same time, not everything works perfectly in the luxury electric vehicle. Earlier this month, a driver blocked Westfield Shopping Center in London for 3 hours after his car’s battery ran out. He was right on the ramp at the entrance to the parking lot of the largest shopping center in the kingdom. A buyer named Henry turned to Reddit to release the frustrations and wrote: “Perfect. Tesla ran out of battery and stopped at the ramp of a 5-story parking lot in Westfield. Three hours have passed, and we are still counting.”