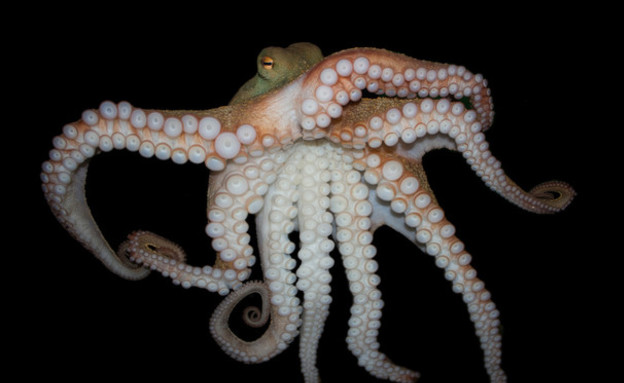 The study, commissioned by the UK government, used eight different ways to measure the sensory capacity of marine creatures – and is expected to put them into new legislation that will protect them • The open question: How will the conclusions affect their consumption for human consumption among humans?

“Octopuses and crustaceans can feel pain – and have consciousness”: This is the main conclusion from a new study commissioned by the UK government and published recently. The study focused on octopuses, crabs, lobsters and squid. Following the conclusions of the study, the United Kingdom decided to protect marine creatures through legislation. The study was conducted by scientists from the London School of Economics, and is based on about 300 scientific studies that have examined the senses’ ability of creatures, known in scientific language as “zeppelins” and “deer”.

The study uses eight different ways to measure sensory ability – from learning ability, connections between different areas of the brain to responding to anesthetics and painkillers. In conclusion, the researchers came to the following conclusions: In octopuses, the evidence for pain sensations was “very strong.” Most crabs have “strong” feelings. According to the study, squid and lobsters responded “significantly, but not strongly” to the pain sensation. However, the researchers are cautious and note that the gaps between the results may indicate a difference in the attention received by the different animals.

The United Kingdom has decided to take the study’s conclusions one step further – and promote new legislation for the welfare of marine creatures: Under the new UK bill, a committee will be set up to report on how much animal rights are taken into account in the decision-making process. The move is part of a broader program to improve animal welfare in the kingdom. “The new bill is proof that animal welfare is taken into account when it comes to enacting new laws,” boasted the UK Commissioner for Animal Care. He added: “Science now clearly says they can feel pain, and anchoring them in the new piece of legislation is the right move.”

Following the study, the question arises as to how its conclusions will affect the consumption of lobsters and marine creatures for edible purposes. Lobsters, for example, are cooked and boiled in hot water while alive, and now, perhaps, the suffering and pain they are experiencing must be taken into account.