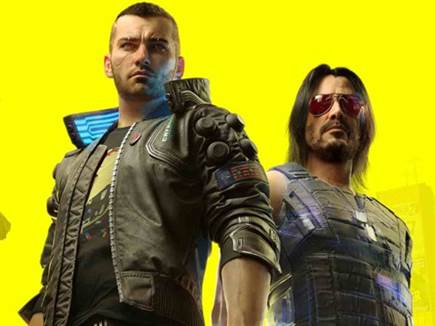 The controversial launch of Cyberpunk 2077 in late 2020 was one of the big stories of the year. However, by 2021, the developer and distributor, CD Projekt Red has invested a lot of work in improving the game through significant updates.

Now that Black Friday has arrived and with it big discounts on cyberpunk 2077, a new wave of players are trying the game for the first time, and experiencing the title more stably, with fewer (relatively) bugs, and to the surprise of some, it has led to a wave of very positive overall reviews for cyberpunk 2077 on the Steam platform.

The futuristic game in the open world managed to enter the table of the 10 best-selling games in sets. Apparently a game is playing 50% off on time at Black Friday so sales will come too. Admittedly no one really expected the game to get positive reviews, nor a number like 15,000 such.

Most of the reviews of the gamers on the platform focus on improving the gameplay and overall experience of the game thanks to the large number of updates and fixes released over the past year, since the expected but also very disappointing launch.

“I was worried about getting the game because of the bad launch, but a friend recommended it so I bought it on sale. 15 hours into the game and I really enjoyed it. I did not encounter any bugs that caused not to play. I wanted to give a good review and recommend people to buy this game on time That’s still in operation, if you sit on the fence it’s worth the purchase. Very cool game, great battle, great story so far. ” So registered a user named Senik.

This news of course reached the CD Projekt games in Poland, with a kind tweet from the game’s design director, Pavel Sasko, who thanked the fan fans on Twitter for the reviews and the impressive amount of sales. “In recent days Cyberpunk2077 has received a flood of very positive reviews on Steam from the new players. You can not imagine what that means for me.” Sasco added another tweet in which he wrote: “Over 15,000 positive reviews came up in the last day, thank you all very much.”

Company president Adam Kitchinski said earlier this week that he believes cyberpunk 2077 will be considered an excellent game in the future after all glitches have been fixed. In an interview for an economic newspaper in Poland, Adam said: “We believe that in the long run Cyberpunk 2077 will be perceived as a very good game, and like our other titles, it will sell for years – especially when the hardware gets stronger over time and we improve the game,” he said.

“We’re constantly working on updates, and we’re also working on a version for the latest generation of consoles. Of course, the original launch taught us a lot. It gave us a kick and motivated us to make changes that would make us better in the future.” Hopefully a person will keep his word and see the critical corrections that console gamers so desperately need.

Mark Zuckerberg presented the supercomputer that will make the metaverse possible