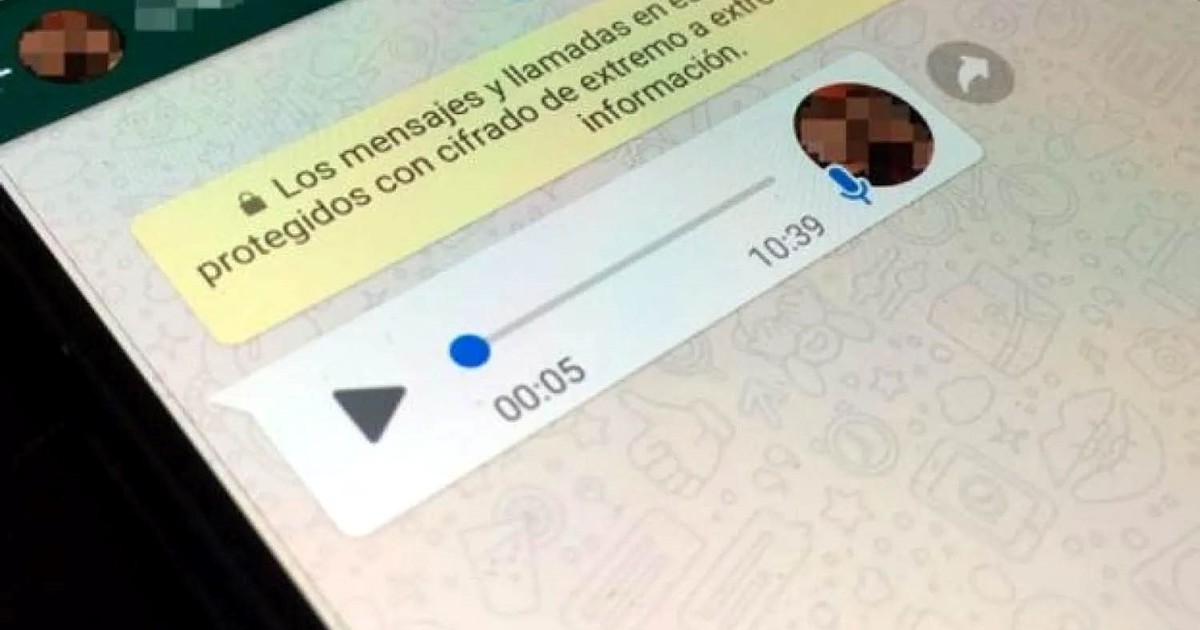 WhatsApp put an end a few months ago to the controversy around the “eternal” audios by including the possibility of playing them at a higher speed. However, this feature desired by its millions of users did not contemplate the forwarding of voice messages, a situation that would be solved in a future update.

As revealed by the WABetainfo site, which usually reveals before its launch the functions that will reach the messenger, WhatsApp continues with the aim of complete upgrades that affect voice memos. From now on, all the audios that are forwarded can also be listened to in different speeds.

This new function was detected in a beta Recent WhatsApp for iPhone (iOS) cell phones, but it is currently under development and will surely also be available in the next versions of WhatsApp beta for Android.

Currently the messaging app, owned by Meta, when a user forwards a voice message does not have the ability to speed up the audioas the playback speed button is disabled.

With this new function, which will arrive in the coming weeks for Android and iOS mobile devices, WhatsApp users will no longer have excuses to listen to those eternal audios that are usually forwarded on the chains.

The trick to listening to forwarded audios at a higher speed

While adjusting the details before officially launching it, WhatsApp users can perform a trick to listen to forwarded voice memos faster, which usually arrive in MP3 format. Of course, it only works with the beta version of the messenger.

To carry out this task, first, it is necessary that the cell phone works with Apple’s iOS operating system. Then you will have to download the official application TestFlight in the download store App Store. This platform helps developers to test trial versions of their favorite apps.

Once it is installed, open the link to apply for a position on WhatsApp Beta for iPhone. Then it is redirected to TestFlight and you have to press accept.

After a few minutes the Beta version of the messaging application will be available. Once it is installed, you have to open it and enter the chat where the MP3 audio is, which will now have the options of 1.5x or 2x visible.

More speed, what users asked for

The function that changed the way you listen to audios on WhatsApp arrived in May of this year and after several months of previous tests.

With that update, users began to see a number that appears located to the right or left of the timeline of the audio message, depending on whether it is the message that the user receives or emits, respectively.

This number is represented in a rounded gray box that indicates 1.0X when it is playing normally. If you are looking to increase the speed of the audio you have to press the number, which will change to indicate 1.5X when it is increased by 50 percent, and 2.0X when it reaches double.

Of course, the following voice notes of the conversation or the successive ones that are received will continue to be played according to the last speed that the user has dialed.

This tool is currently available for both Android and iPhone cell phone users, and also in the desktop version of the platform, WhatsApp Web.