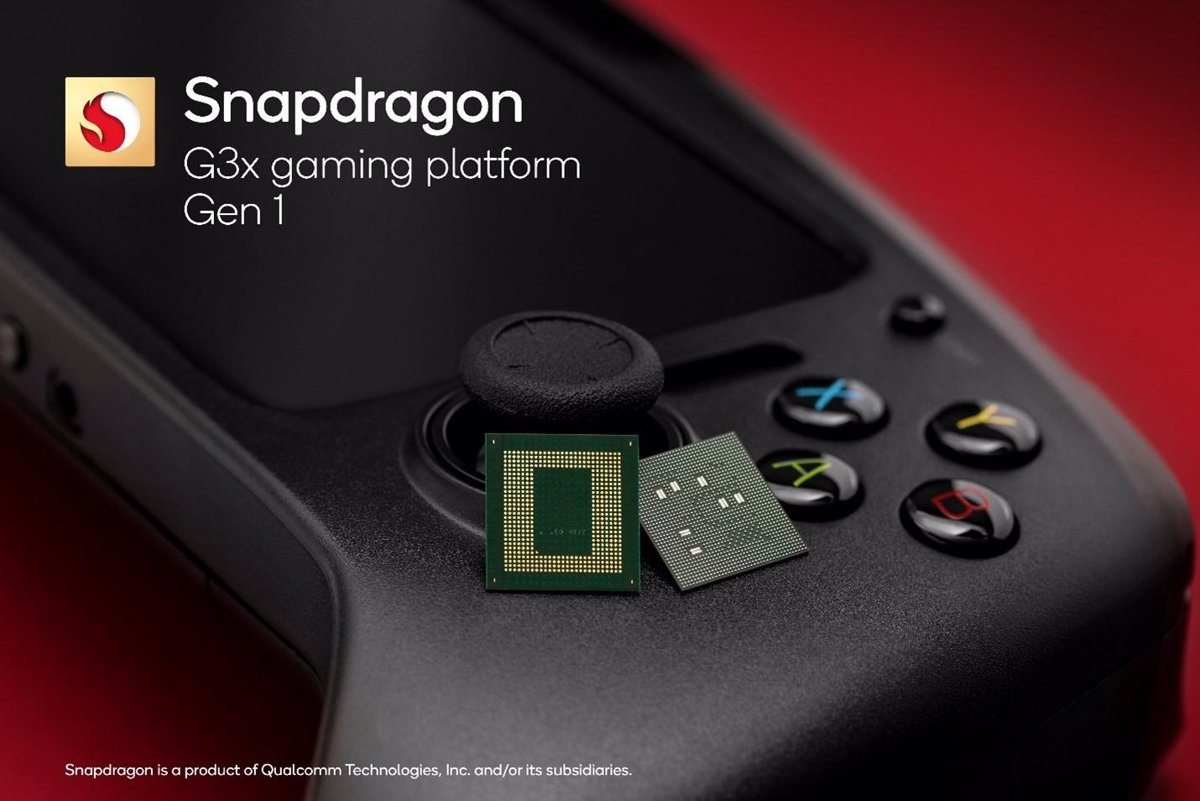 Qualcomm has presented this Thursday its new processor Snapdragon G3x Gen 1, its first chip aimed especially at gaming devices such as portable consoles, and has also expanded its catalog of processors for laptops with two new models: Snapdragon 8cx Gen 3 and 7c + Gen 3.

The new Snapdragon G3x Gen 1 chip brings together all the gaming functions of the manufacturer, Snapdragon Elite Gaming, and the Adreno GPU supports play up to 144 frames per second and 10-bit HDR, as the American company has announced during its annual Snapdragon Tech Summit event and collects in a statement.

The chip is intended for equipment that supports android apps and games and cloud play with streaming from a desktop console or computer and access to the player’s libraries.

For connectivity, Qualcomm has used its FastConnect 6900 system as a processor, which allows devices to connect to WiFi 6, WiFi 6E and 5G mmWave and sub-6 networks, while the sound is Snapdragon Sound certified.

The processor, with a five nanometer architecture, It has support for AKSys controller technology, and it also allows you to use the console as a remote control to continue playing if it is connected to an external screen such as a TV with resolution up to 4K or to connect a mixed reality viewer through a USB port. C.

Qualcomm has also created a developer kit with the Snapdragon G3x chip together with the specialist gaming manufacturer Razer, with support for 6.65-inch OLED screens with Full HD + resolution and 10-bit HDR at 120hz.

The developer kit also ensures performance for demanding video games, support for a 5MP webcam with 1080p resolution at 60 fps, two microphones, up to four speakers, WiFi 6E and 5G mmWave and sub-6.

Snapdragon 8cx Gen 3 is the first processor for Windows and ChromeOS laptops with 5 nanometer process architecture, which improves the performance of the chip’s Kryo cores while maintaining energy consumption.

Qualcomm chip improves by 85 percent performance over the previous generationwhile performance per watt is 60 percent higher than x86 processors.

Graphics performance has also improved and the Adreno GPU operates 60 percent faster than the previous generation, with support for content and video games in FullHD at 120 fps with up to 50 percent more autonomy Of battery.

Qualcomm has also improved the performance of the Snapdragon 8cx Gen 3 in picture and sound with the use of a Spectra image signal processor, so that video conferencing can start 15 percent faster and the teams can have up to four 4K HDR cameras and noise cancellation function.

The characteristics of the new chip are completed with improvements in artificial intelligence (AI), which supports over 29 acceleration TOPS -3x the competition-, as well as the use of a secure processing unit compatible with Microsoft Pluton for Windows 11 and support for Snapdragon X55, X62 or X65 modems, with up to 10 Gbps of download speed.

The American company has completed its catalog of presentations with a Entry-level processor for laptops: Snapdragon 7c + Gen 3.

Snapdragon 7c + Gen 3 also offers support for WiFi 6 and 6E up to 2.9 Gbps, and allows connection to 5G sub-6 and mmWave networks thanks to the use of the Snapdragon X53 modem, with download speeds of up to 3.7 Gbps.