We tested Asus ExpertBook B9400, a surprisingly light laptop that does not hesitate to telecommute 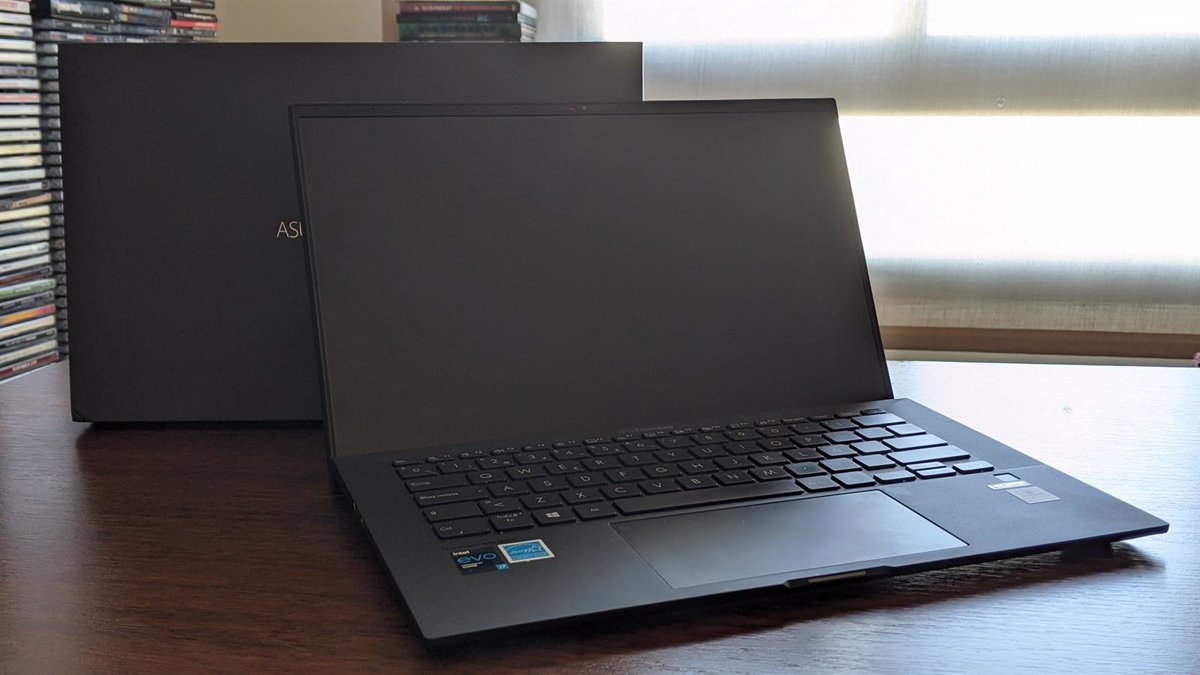 Accompany the telecommuting with a good team that supports the comings and goings of the employee is essential to be able to endure the day and not lose performance when moving from one task to another, precisely what we have tried to cover with Asus and its ExpertBook family, optimized for the business sector.

Among the equipment designed for work, Asus has in its catalog the model ExpertBook B9400 which is, according to the company itself, the “lightest and most powerful” business laptop, two aspects in which we have already advanced that this equipment stands out, which we have been able to verify in Portaltic.

Above all, the notebook is designed to be able to work anywhere, that is, transport it easily and if there is no table on which to place it, use it on your knees or wherever it fits. What is possible first by being a light equipment and by having a hinge that allows to extend the screen in the angle that is needed, up to 180 degrees.

The weight, precisely, is an aspect that surprises when removing the computer from its box; we are prepared to take something that weighs little, but not so little (880 grams), and that is also very thin (14.9 millimeters thick), which gives us a feeling of initial fragility.

The fact that it weighs less than one kilogram responds to Asus’ choice to manufacture the chassis with an alloy of magnesium and lithium, which, on the other hand, gives it an additional structural rigidity, which is capable of complying with the MIL-STD 810G military standard for resistance to pressure on the panel, falls (up to 120cm high) and impacts. It is not that we intend to throw it to the ground to test it, but it allows us to breathe a little easier in the face of an unforeseen event.

The other outstanding feature, the hinge, slightly raise the keyboard, making it in a more comfortable position for use. The keys react to light pressure, but a little adaptation period may be needed if their size and order (especially those on the right) are different from the keyboard we are used to.

It is also a backlit keyboard, resistant to spills (again, an element designed for work hours, or even study, in which we can drop a glass of water or a cup of coffee).

The 14 inch screen it is perceived wide thanks to the very thin frames that surround it, which make it occupy 94 percent of the area, and to 16: 9 format. It includes a protection to avoid visual fatigue, which is especially noticeable when using other equipment that does not have it. It also features FHD (1920 x 1080) resolution and covers one hundred percent of the sRGB color space, providing good image quality.

In this case, the team came with Windows 11 already installed, which has allowed us to immerse ourselves in the new Microsoft desktop experience from the beginning, from which we get a positive evaluation, since its use is simple and intuitive – partly thanks to the taskbar and start menu focused on the bottom-, and at no time have we felt a shock when moving from the Windows 10 computer of daily use.

Regarding its performance, ExpertBook B9400 meets the demands of daily work, such as video calls, writing texts, communication by ’email’, consumption of ‘online’ content (videos, social networks), etc. , with an autonomy that supports the day without problem thanks to its 66 Whr batterys – with a 66-watt charger, the company says it recharges the battery up to 60 percent in 39 minutes with the system off or in standby mode.

Behind this good operation is a 11th generation Intel Core i7 processor. It also has support for WiFi 6 and includes a variety of ports to connect different accessories: a USB 3.2, two Thunderbolt 4, a USB 3.1 type C, an HDMI 2.0b, a micro HDMI and a 3.5mm jack port.

By design, ExpertBook B9400 is a portable computer sober and discreet thanks to its colored housing black and matte finish which prevents fingerprints (but not dust). It also has a large pad on which the numeric keypad can be activated, a front camera with HD quality for video calls with manual lock and various productivity solutions from the brand.

In summary, ExpertBook B9400 is a device that surprises because of how light it weighs, how easy it is to carry it from one place to another and the possibilities of use it offers thanks to its hinge. It complies in terms of performance and the battery comfortably accompanies the work day, and its fast charging system can always provide an extra in the time we recharge energy with a coffee.

It is, in our judgment, an option to consider when looking for a laptop that keeps up with us with teleworking if we are willing to make the initial investment that it requires, since its price is around 1,700 euros.