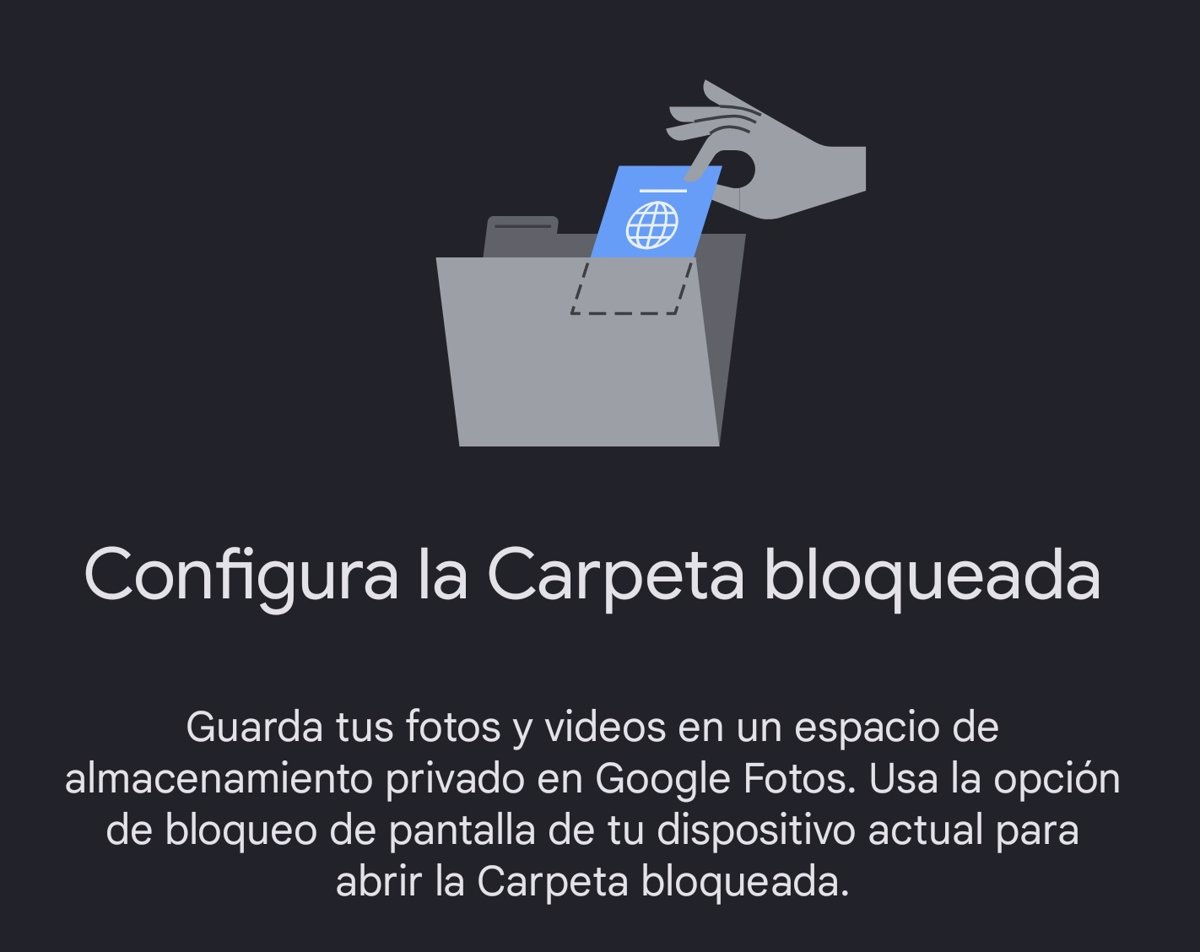 Google Photos has started to extend to other Android phones privacy function ‘locked folder’, that protects images with sensitive information using a password or a biometric system.

The ‘locked folder’, initially available for Pixel phones, Google’s own, has begun to reach Android phones from other brands, a fact that the company already confirmed in October, when it said it would also reach iOS.

Users of phones from brands such as Samsung, Oppo and OnePlus have begun to see A notification that informs them of the availability of said folder, to which the Google Photos library is accessed and that it needs an initial setup to be able to use it, as indicated in Android Police and 9to5Google.

The new privacy feature requires a password or biometric identification system In order to access it, and in addition to safely saving the images that the user selects, it prevents them from appearing in the navigation in Photos or in other applications and services, such as Google Cloud.