Ameca is the most human robot we have seen 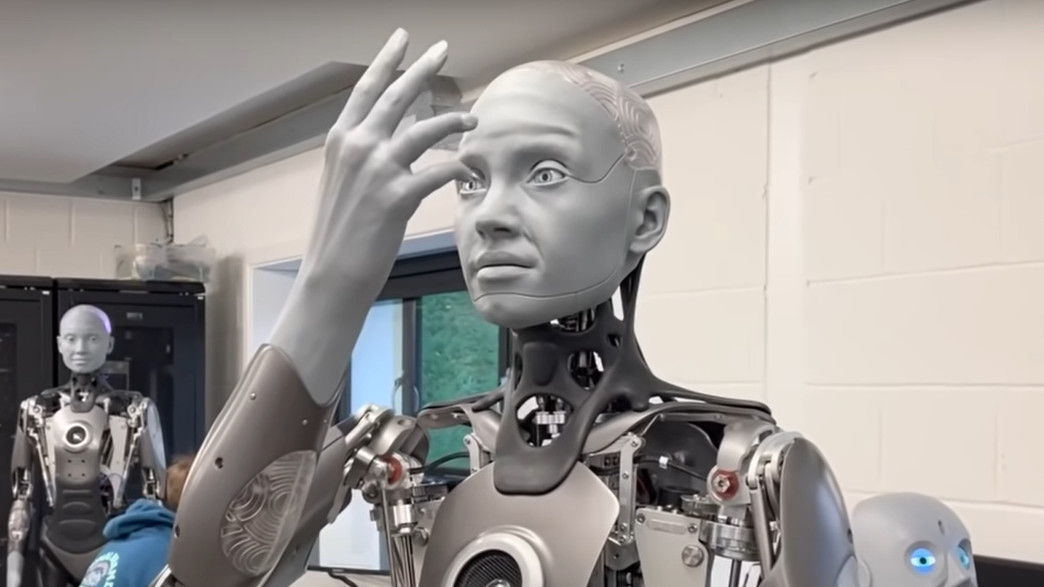 The British company Engineered Arts introduced the robot Ameca, which has a human face and body structure, which is able to create an immediate interaction with any person, and is based on artificial intelligence and machine learning. Watch: This is how she moves and looks

A robot with facial features and human expressions that can “develop interaction” with people, was unveiled by the British technology company Engineered Arts.

The robot, which is available for purchase or rental for an unknown amount, is called Ameca and she can move her arms and eyes. She can also smile, blink, gasp, scratch her nose and even do a gaze contest with her owner.

According to the company, the robot can make “immediate contact” with anyone due to its sociable nature. “Artificial man-made intelligence needs a man-made artificial body,” Engineered Arts wrote of Ameca.

Ameca is a platform for artificial intelligence and machine learning located in the cloud. Her kindness makes her a “perfect platform for developing interaction between us humans, and the entire digital and meta-world,” according to the company.

The owner of the robot can gain access to all of its data and control it as their personal avatar – the character that represents them in the virtual world, from anywhere in the world. It should be noted that the parts of the Ameca are modular and can also work independently, so in some cases a full robot is not needed.

A notable disadvantage of Ameca is that the programmers have not yet been able to get her to go. However, the company plans to make the robot more portable in the future in future updates because of the possibility of replacing only certain parts for it. “The modular design allows for future upgrades, both physical and software, to enhance Ameca’s capabilities, all without the need for a whole new robot.”

Some respondents to Ameca claimed it was “scary” and feared it could lead to a rebellion and uprising of robots like in Will Smith’s film, “Me, a Robot”. At the same time, the company rejected the claims and claimed that Ameca could amaze “the critics and customers at your event”.