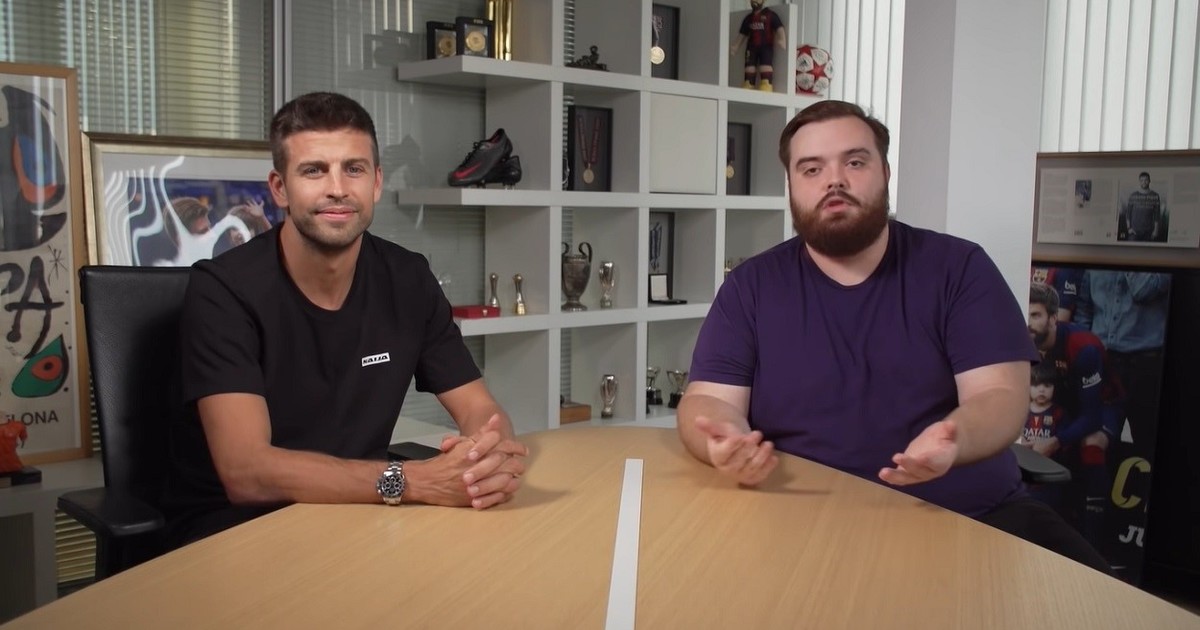 Ibai Llanos offers a job. The most popular Spanish-speaking content creator find a video editor for the League of Legends (LoL) team that he created with footballer Gerard Piqué and offers a salary of between 2,100 and 2,400 euros gross per month for the candidate who best meets the requirements.

The Basque streamer has already announced that Ibailand -his new project- becomes the new residence of the members of his team, whose identity is unknown and will be presented in society on December 15th.

Therefore, Ibai will stop sharing a house with Barbe, Reven, Ander and Werlyb to try to professionalize this project within Esports.

For this new stage, Ibai will need new people. Specifically, you are looking for a audiovisual communication specialist for your LoL team. To do this, the record streamer of 2021 published an attractive ad on InfoJobs, one of the most used portals to find work in Spain.

Working with Ibai: what are the requirements

Ibai is clear about the profile he is looking for: someone who knows video editing and is a lover of streams and e-sports. “Let’s see, my people. The requirements are simple: that you know how to work as a team (if not, you’re out, I already told you), that you like to take photos and mount cool videos in the program that you want “, says the offer, to which anyone can register in this link .

Ibai himself will be in charge of selecting the candidate who best suits the team’s needs. The content creator has released a tip for anyone who wants it: “Update your CV, make it handsome, get ready and give it your all. Scratching points to the final whistle with a smile on his face. ”

To apply for this job position No previous experience is needed, a requirement that widens the range of candidates.

Working with Ibai: contract with an above-average salary

The contract will last three months and will be remunerated with a salary of between 2,100 and 2,400 euros gross per month.

The Basque has no impediments when using any editing program. The only thing he hopes is that there is availability at all times – that’s how Ibai’s schedules are – and that the work is delivered on time.

Working with Ibai can be a unique opportunity since, as he himself specifies in the offer, one of the great benefits, beyond the economic, is, worth the redundancy, working with him and the repercussion and popularity that this entails.

How much money does Ibai make on Twitch

In September 2021, Ibai inadvertently revealed how much money do you earn per month on Twitch. He showed the figure during a live show on that platform, in front of thousands of viewers.

It happened when the Basque gave the option of share your computer screen in the broadcast. Ibai had a window open with his Twitch account, where the platform shows his statistics and there the figure of his monthly income appeared: $ 145,800.

The streamer wanted to show his followers the number of visits that he had generated during the month and that is why he navigated through the platform’s statistics to make his calculations.

At one point, among the options that appeared on the screen, it was possible to see the income figure and his collaborators let him know through the headphones. Ibai seemed initially surprised, but He immediately said that “he does not care” that it is shown.