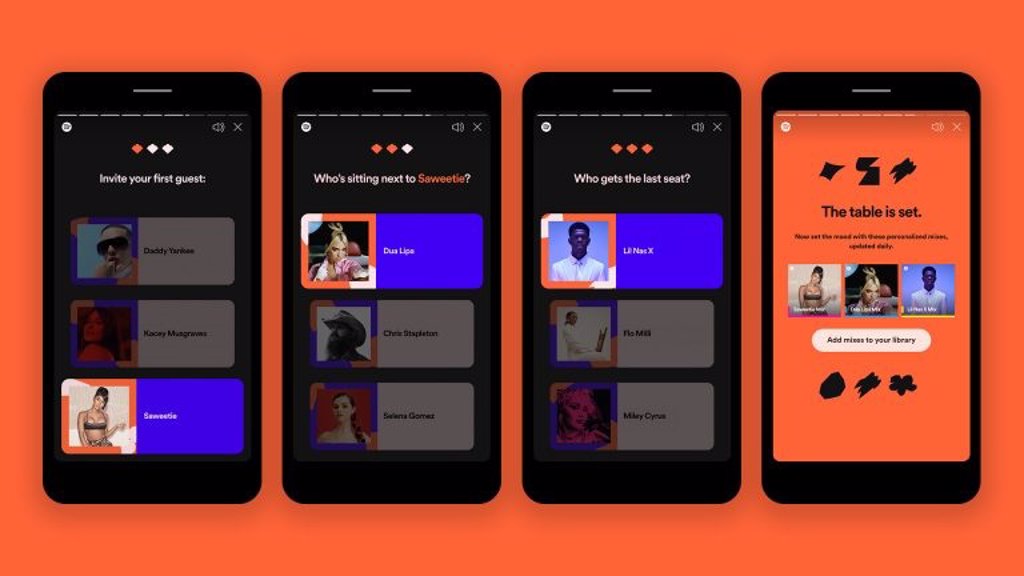 The music streaming platform Spotify has celebrated customization features that it gives to users, which in the future will continue to be based on algorithms and human editors, and has initiated a campaign to extend the Solo Tú function in Spain.

Spotify has presented the arrival of the experience Only You, Only You in English, customized for users in southern Europe, including Spain, as announced by the Swedish music company at a digital event held this Thursday.

This function is a “celebration of individuality“According to Ester Gazzano, the head of Consumer Marketing at Spotify in Southern Europe, who highlighted that”there is not a Spotify experience but 356 million“, as many as users have the platform globally.

The music platform will launch the campaign Only You in more than 70 countries around the world this June, focused on “how the user listens, not what he hears”, with functions such as the musical astrological sign of each user, or the ‘dinner party’, which highlight the variety of styles and tastes of each person and allow them to be compared with the from other users.

To involve creators in the campaign, you have provided shortcuts to over 200 creators from around the world to use the features provided by Only You, which the company announced earlier this month around the world.

The Swedish company has highlighted its efforts to achieve that personalization “be a central element in the experience of each user“, as explained at the event by the Product Director at Spotify in southern Europe, Ziad Sultan.

The function of discover new content is necessary due to the presence of 70 million songs and podcast, and each user spends an average of 49 minutes a day on Spotify.

Spotify has defined the usage data available to you as “a gold mine” that allow you to achieve functions such as Discover Weekly custom lists, which goes from five songs that the user already likes to add other related ones until reaching 30.

For its part, ‘Your daily drive’, a playlist that mixes music with podcast news for users while driving or traveling, will spread to more countries, as the company has also advanced.

The company has also referenced Blend, a new feature in beta announced together with Only You, which allows two friends merge their musical tastes into a common list, showing what songs each person has contributed.

Spotify is working to extend its availability and that can be used “by two users from anywhere in the world“, as Sultan explained.

The platform has highlighted that personalization goes beyond music playlists and has emphasized the podcast. He has also ensured that it is possible to predict the podcasts that a user will listen to according to their musical tastes.

Spotify has put among the pillars for its long-term future “empowering the discovery of new content” and “develop algorithms to be better by providing consumers with the ideal content at the ideal time“, Sultan has advanced.

For this, the platform seeks to improve its algorithms and its ability to understand the music and podcast listening experience of users, “combining machine learning with human expertise“, according to the Head of Product of the service.

Among your challenges for the future, the company hopes to be able to recommend new creators to existing users, something that is complex at present due to the scarcity of data, making recommendations that escape from the algorithms and that are born from “human intuition”.

For it Spotify uses 150 specialists in different musical styles around the world as publishers, who use sophisticated data and tools and their knowledge to pick “the right songs for the right playlists,” according to Melanie Parejo, Director of Music at Spotify Southern Europe.

“All good songs should be present in a playlist“Regardless of their gender or their country of origin, Parejo has highlighted among the principles that guide its specialists.

Spotify has claimed that it uses a “Algotorial” approach, between algorithmic and editorial, which uses content edited by human employees and then personalized by automated systems.

The company has a total of 3,000 editorial playlists divided into the different countries where the platform is available, such as ‘Pegao’ or ‘Pop con Ñ’ in the case of Spain.