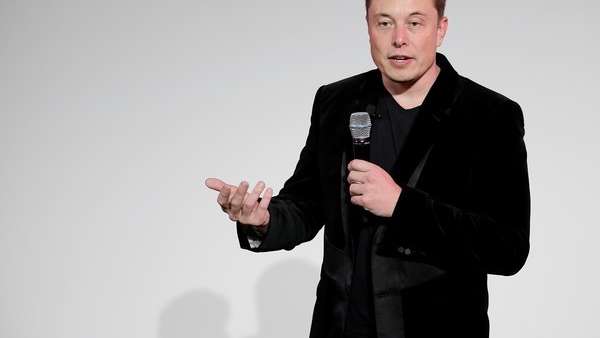 Elon Musk anticipated that Neuralink, his medicine startup, hopes to start implant your microchips in humans next year. His idea is to cure diseases such as Parkinson’s or Alzheimer’s and give people the ability to control technology with their minds.

Neuralink, co-founded by Musk in 2016, has been developing a chip that is inserted into the surface layer of the brain to simultaneously record and stimulate neuronal activity. It is intended for medical applications, such as the treatment of serious spinal cord injuries and neurological disorders.

During an interview broadcast live at the CEO Council Summit of The Wall Street Journal On Monday, Musk was asked what Neuralink’s next steps were.

“Neuralink works well in monkeys and we are actually doing a lot of testing and confirming that it is very safe and reliable and that the Neuralink device can be safely removed, “said the billionaire.

In February, Musk himself said the company planned to launch human trials by the end of the year after first mentioning its work with the monkey implants.

“We hope to have this in our first humans, who will be people who have severe spinal cord injuries as tetraplegics, tetraplegics, next year, pending FDA approval.”

Chip implants can read and write brain activity. Musk claims the brain-machine interface could do anything from curing paralysis to giving people telepathic powers, referring to the device as “a Fitbit in your skull.”

It is estimated that the human brain can process just 74 gigabytes of data in one day, that’s roughly 120 bits per second. The human body transmits 11 million bits to the brain.

According to the Tesla CEO, people need to merge with artificial intelligence (AI), the businessman argues, in part to avoid a scenario in which AI becomes so powerful that it destroys the human race.

Musk has a history of over-promising and under-delivering on project deadlines. In April, Neuralink released a video of a monkey playing a video game using a Neuralink device.

The Neuralink monkey during the experiment recording.

After raising $ 205 million in JulyNeuralink said it would funnel funds toward developing its chip so that it could allow quadriplegics to control digital devices with their minds.

In August 2020, the company released an experiment conducted with the Gertrude pig to demonstrate the level of development achieved by this technology. And although it achieved media attention, the reality is that numerous voices warned of the disappointing results it brought.

The only noteworthy detail was its design: at first, it consisted of an external implant that was installed behind the ear. Now, it has the appearance of a coin that can be embedded in the skull, digging a small hole. Communication with the outside world would be carried out through a system based on bluetooth communication.

The chip, dubbed Link V0.9, is a device about eight millimeters in diameter (less than a grain of rice), with thousands of electrodes thinner than a human hair.