iOS 15.2 adds a history of repaired components on the iPhone 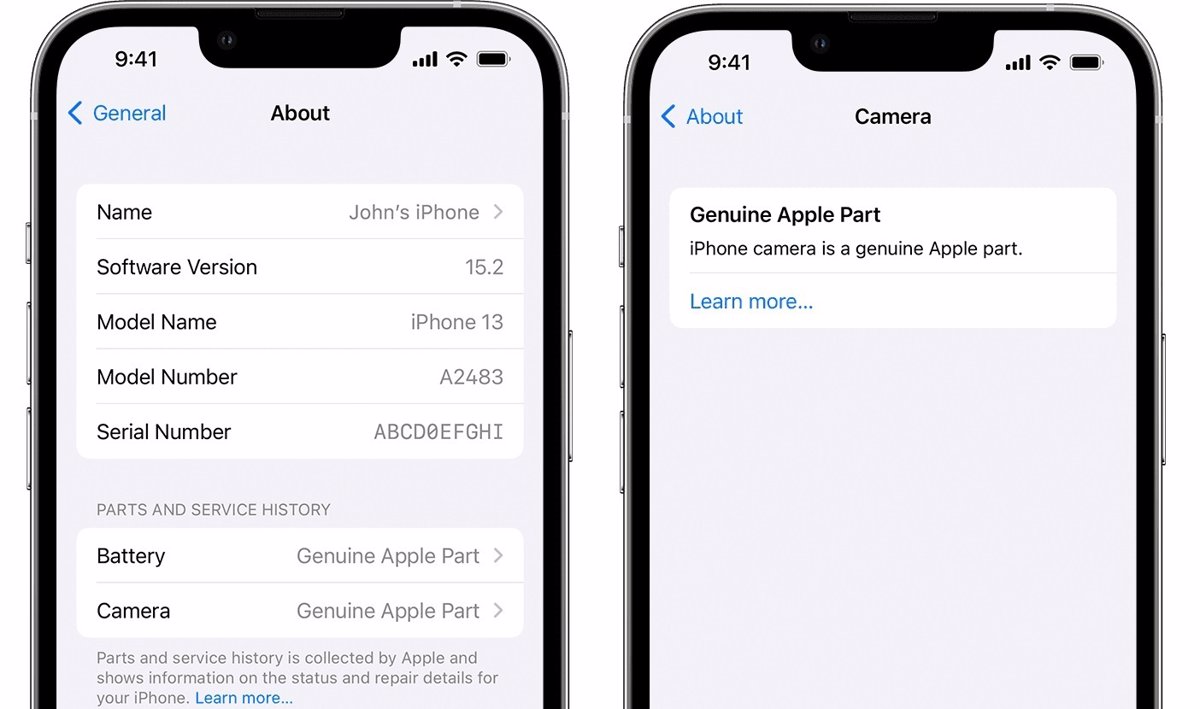 Apple has added a new feature to its operating system iOS 15.2, the new update that will come to iPhone mobiles, in which it collects a history of components and repaired parts present in the mobile phone.

The American company has updated its support document and added a new section to explain how the new ‘iPhone parts and service history’, present in the iOS 15.2 update.

The new function is found in the iOS settings, after the ‘general’ and ‘about this device’ sections, and in the case of the most recent models, iPhone 12 and 13, it can show if the battery, screen or camera have been replaced. Until now you could only see alerts if a component was not original.

This feature is used so that users can know aspects such as if the components used for the repair were they Apple originals or not, and it is possible to access additional information if the device has Internet, such as the date of repair.

The new section shows users a alert icon to warn in cases where the repair has been incorrect or incomplete, as well as if it is not new and has already been used in another iPhone or it does not work correctly.

In the case of the battery and the Apple screen, it will be able to display messages with additional information, although in these cases it will not affect the operation of the device.