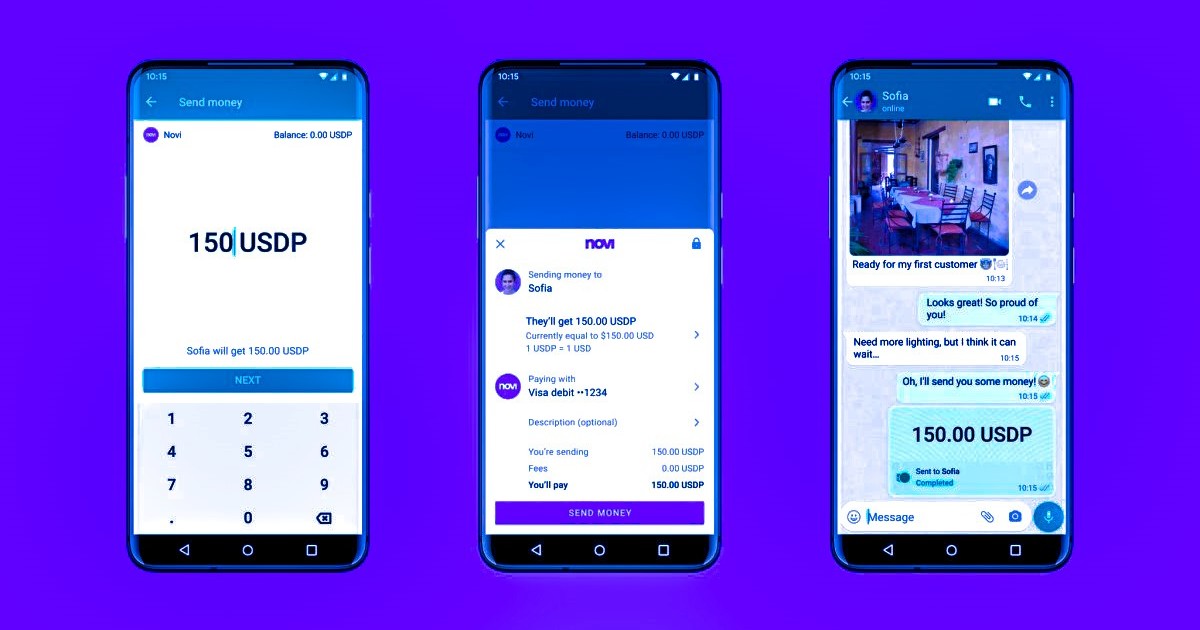 Thinking of expanding its portfolio of services, WhatsApp is studying adding the possibility of make payments with cryptocurrencies through Novi, the wallet with the Meta stamp on it.

It is a pilot program that is available to a limited number of WhatsApp users (iOS and Android) in the United States. Payments are made through a stablecoin whose destination is pegged to the US dollar.

Novi reported that, during the next few months, the tool is only available to a few users, since its operation will be verified. Meta’s plan is expand the reach of the wallet globally and add new cryptocurrencies.

Payments will be made through Pax Dollars (USDP), a stablecoin pegged and issued by Paxos. The announcement was made official on Twitter via Stephane Kasriel, Novi’s incoming director and WhatsApp CEO Will Carthcart.

New in the US: use your @New digital wallet to send and receive money right within a @WhatsApp chat. People use WA to coordinate sending money to loved ones, and now Novi will help them do that securely, instantly and with no fees. https://t.co/4wG4t8zwKh

The manager assured that payments made through WhatsApp they are instantaneous and commission free. There are also no limits on sending money or a minimum or maximum amount allowed.

Novi’s account also It has no maintenance costs and payments are recorded directly in the chats. Users, for example, can enter $ 5 in Novi and the platform will convert them to USDP that they can use to send them on WhatsApp.

This pilot is the result of a series of great changes within the company, because in 2019 Facebook (today Meta) had announced that it was planning to develop and launch a cryptocurrency called Libra that would be integrated with a digital wallet that was to be called Calibra .

The Libra Association has lost several of its prominent members (Visa, Mastercad, Stripe, among others) and ended up becoming the Diem Association and finally, the Calibra digital wallet led to what is today presented as Novi.

The most notable change was that Novi ended up launching without using the Diem as its cryptocurrency, instead, it decided to use Pax Dollar and choose Coinbase as its custodial partner, which will be in charge of protecting the assets.

Argentina leads the ranking for the use of virtual wallets and QR codes, despite having a low frequency of use, and is one of the Latin American countries What else do you buy online?, according to a study by market research agency Quiddity.

The platform chosen at the regional level to make online purchases is Mercado Libre. Since 4 out of 10 consumers who bought online had the brand’s app installed, the work that surveyed more than 6,000 people in Argentina and other countries reported.

Furthermore, Argentina is the third country in the region that downloads the most apps, with social networks, geolocation and finance apps as the most used in the country (95%, 76%, 72% respectively).

Argentina leads the use of virtual wallets. Photo Diego Waldmann

This online quantitative study revealed that the average is 15 apps per device, and about 60% of the participants confessed not having space to download more.

Interoperable transactions with a QR code increased by 52.58% in the last week, reaching 141,636 operations, after the launch of the Transferencia 3.0 initiative by the Central Bank of the Argentine Republic (BCRA).