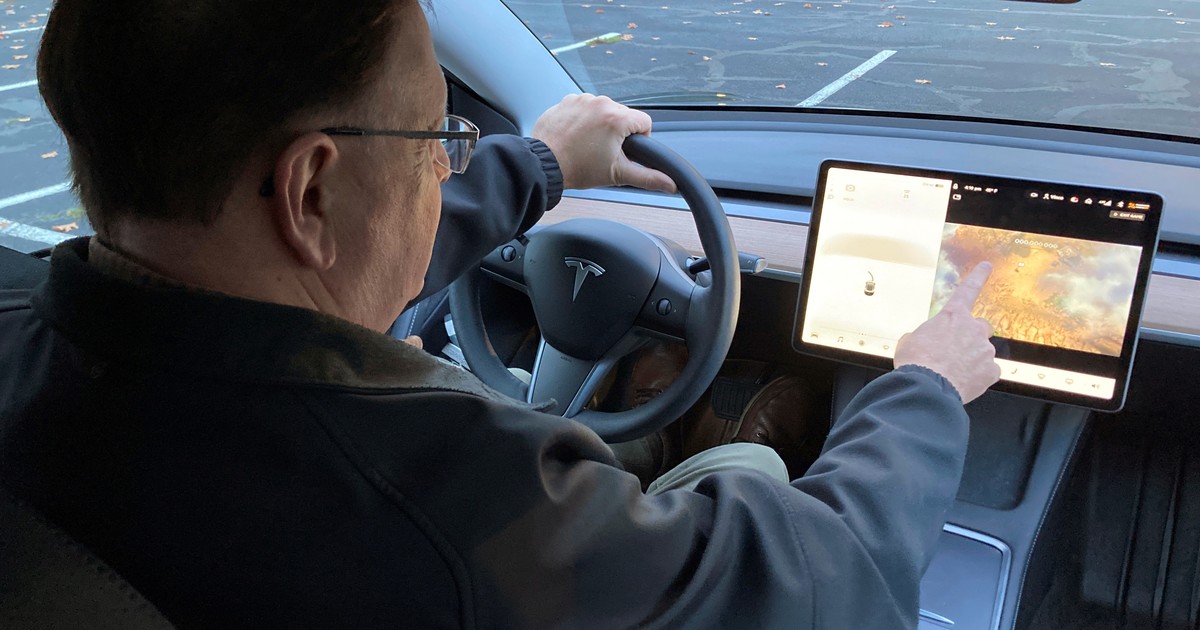 In August, Vince Patton I was watching a YouTube video about the owner of a Tesla who made an alarming observation: the drivers of those cars now could play video games on the vehicle’s touch screen, being in motion.

Out of curiosity to see for himself, Patton drove his own 2021 Model 3 in the empty parking lot of a community college, activated a game called “Sky Force Reloaded” from the menu and made several turns.

“I was simply stunned that, yeah, this sophisticated video game did indeed come out, ” said Patton, a 59-year-old retired television journalist who lives near Portland, Oregon.

He also tried it with the card game Lonely and was able to activate the game while driving. Later, he realized that he could surf the internet with his car in motion.

Tesla Model 3, the car that Patton has. Photo: EFE

Patton, who loves his car and says he has nothing against Tesla, worries that drivers play video games and pose greater danger.

The complaint against Tesla for the use of video games

That is why at the beginning of last month, Patton decided to file a complaint to the U.S. National Highway Traffic Safety Administration (NHTSA, for its acronym in English), government agency.

“NHTSA must prohibit the use of all real-time video while in the front seat and all interactive online navigation when the car is in motion,” Patton wrote in his complaint. “Creating a dangerous distraction for the driver is recklessly negligent.”.

On Wednesday, NHTSA confirmed that it is looking into the matter. News of Patton’s complaint was first released Tuesday by The New York Times.

“We are aware of the driving concerns and are discussing the feature with the manufacturer, ‘a NHTSA spokeswoman revealed in an email.” The Vehicle Safety Act prohibits manufacturers from selling vehicles with design flaws that pose unreasonable risks. for security”.

The spokeswoman declined to provide further details on the talks between NHTSA and Tesla. The agency has not opened a formal investigation, which would involve the request for documents and other detailed information. Tesla, who dissolved his media relations department, did not make clarifications about it.

Tesla CEO Elon Musk revealed days ago that the most powerful version of the Model S, known as Plaid, could appear in March 2022 in China, the most important market of the electric car manufacturer.

Musk revealed Tesla’s plans for China on Twitter in response to a message from another user who asked the businessman about the launch date of the Model S Plaid in the Asian giant.

The Model S Plaid, the company’s flagship, was launched in September 2020 with a price of $ 129,990, a range of 835 kilometers and capable of reaching a maximum speed of 320 kilometers per hour.

With information from AP.