Older people who use voice assistants are better off and feel less alone. A study 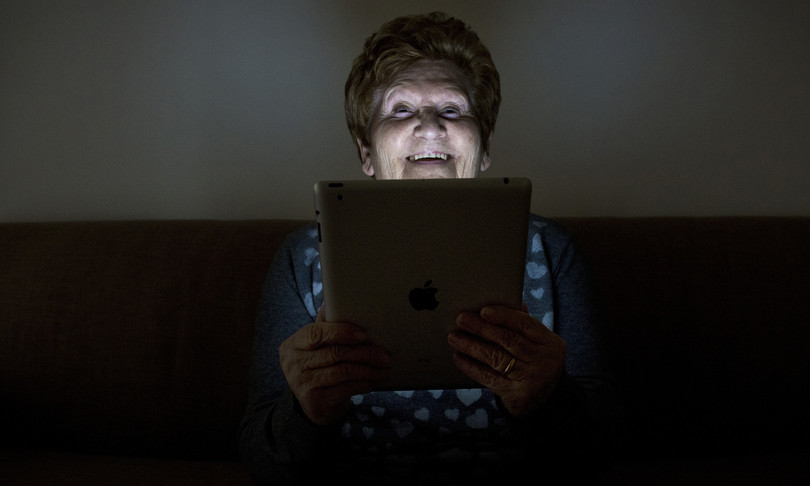 – Associating technology with the exclusive use of young people, if not the very young, is a passage that we almost take for granted. Instead there is a world outside the close circle of teenagers or thereabouts that relate to technology, live with it, argue with it and in some cases derive well-being from technology.

To deepen in particular the relationship between technological innovation and the over 60 (more precisely the 65-80 age group) is the Voice4Health project, conducted by the EngageMinds HUB Catholic University Research Center in collaboration with DataWizard and with the contribution of Amazon.

EngageMinds HUB è a multidisciplinary research center dedicated to the study and promotion of engagement, that is, the active involvement of people in health behaviors and food consumption. Its activities are inspired by the principles of the psychology of consumption and health, that is the study of the thoughts, motivations and behaviors that underlie our health and consumption choices.

In detail, the Voice4Health project analyzed the relationship between the elderly and the use of the Alexa voice assistant. What emerged? Three facts on all. More than 6 out of 10 over 65s said they felt less alone thanks to Alexa. Almost all of them expressed one greater willingness to communicate with other people through new technologies. 75% of the sample then declared at the end of the experiment that they saw their state of well-being increase.

Why Voice Assistants? What is special about them? These are technologies that, with just the use of the voice, allow you to activate a reminder, play music and videos, listen to the latest news and always stay in touch with relatives and friends. Imagine these tools in the life of who has to deal with loneliness and lives mostly at home.

The EngageMinds HUB study also found that the positive response to the question “I felt calm and relaxed” using a voice assistant grew over the eight-week period. “From an emotional point of view – explained the researcher Serena Barello – 52% of the interviewees declared that they had maintained a high state of well-being even in the weeks following the experiment. But the impact on social relationships was also very important – Barello said again – because after the experimentation, as many as 62% of the interviewees had the feeling of feeling less alone and 98% expressed a greater desire to communicate with other people using new technologies “.

“From a methodological point of view – explained Professor Giuseppe Riva, Professor of General Psychology at the Catholic University – the scientific matrix that gave rise to this research derives from another protocol called the Secret Garden, the results of which are already published in international level. It is an immersive video that simulates a natural environment and is aimed at promoting relaxation and self-reflection. All this – said Riva – has been integrated with a series of exercises that exploit the functions of the voice assistant used in the study: games, music, video calls, questions and answers, news. During the first week of experimentation, the people involved were then invited to perform some exercises, based on voice assistant applications. While in the second week they were let them use the device as they see fit. Provided they recorded actions and sensations in a diary, which was to then analyzed by the researchers of the Catholic University “.

But that’s not the only voice assistant. There is also Google and its Google Assistant ecosystem which can send messages, initiate calls, play music, provide information or translate phrases into other languages, but also control home automation, such as temperature regulation or the lighting system.

Apple’s voice assistant then it integrates perfectly with all Apple devices, but also with the Works with Apple HomeKit certified home automation accessories, which allow you to control the whole house simply with your voice. In the game there is also Microsoft with Cortana.

In 2020, there were 4.2 billion digital voice assistants worldwide. In the next three years, according to Statista, that number will reach 8.4 billion units. A figure that, if correct, would mean more voice assistants than human beings.

The spread of voice assistants in the home (and beyond) has to deal with data security concerns. At a time when cybersecurity issues are more prevalent than ever and attacks on businesses are on the rise, voice assistants they have to deal with their own security holes in these devices and reports of cases of recording conversations in a private context, without the knowledge of users.