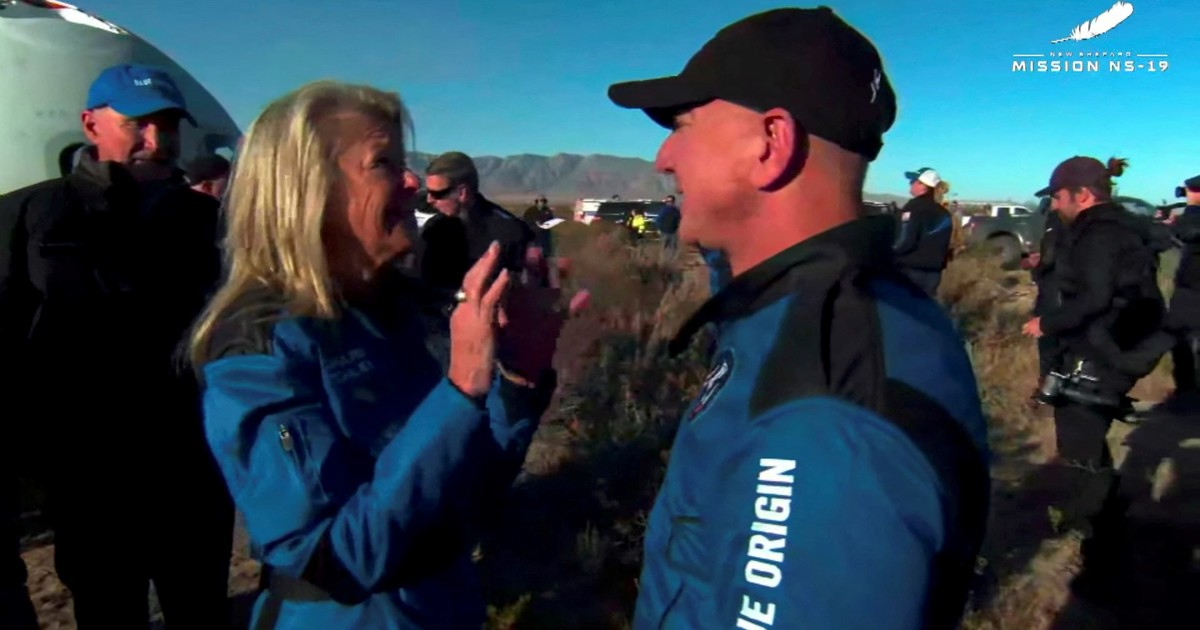 A Blue Origin rocket successfully completed a short mission on Saturday that took six passengers, including Laura Shepard Churchley, the daughter of the first American to cross the last frontier in 1961.

It was the third manned flight of the billionaire’s space company Jeff Bezos, who was part of the team that went into space on the first launch, in July.

This was the first time that the New Shepard rocket capsule, named after American space pioneer Alan Shepard, operated at full capacity. Previous flights had only had four passengers.

Also on board were a famous American, television host and former professional football player Michael Strahan, and four passengers who paid for the trip: businessmen Dylan Taylor and Evan Dick, and a father and son, Lane and Cameron Bess, the latter aged 23.

The price of the ticket or how much there may be is unknown come to pay in full to travel.

Blue Origin suborbital flights last only about 11 minutes, from launch until landing, so its passengers remained in space for a very short time.

The rocket takes off vertically and about 75 km altitude the capsule separates from the launcher, continuing its trajectory until reaching more than 100 km – the Karman line, which marks the beginning of the space according to the international convention.

Passengers can separate from their seats, float for a few moments in zero gravity and admire the curvature of the Earth through large windows.

The launcher automatically returns to land on a runway, while the capsule begins a free fall to return to Earth, before being stopped by parachutes, then retro rockets.

Alan Shepard made a 15-minute space flight on May 5, 1961, 23 days after the historic flight of the Soviet Yuri Gagarin, the first human in space.

He was also the fifth of twelve men to set foot on the moon to date. He died in 1998. The commercial space flight industry took off recently, with Blue Origin competing notably Virgin Galactic.

Excitement among the spectators

The travelers were greeted with applause and excited hugs by a team from Blue Origin led by Bezos himself, who opened the capsule door.

Bezos inaugurated his company’s space tourism flights on July 20 with a trip on the New Shepard, which on that occasion exceeded the 106 kilometers high.

He was accompanied that time by his brother, Mark; the 82-year-old pilot Wally Funk; and Oliver Daemen, an 18-year-old Dutch student and the son of a billionaire.

And on October 13, actor William Shatner, the mythical Captain Kirk in the science fiction series “Star Trek”, became the oldest person to travel into space aboard the New Shepard.

Along with Shatner traveled that time Chris Boshuizen, co-founder of the company of Nanosatellites Planet Labs, and Glen de Vries, co-founder of a clinical research platform, who paid to go into space.