He is 19 years old, he teaches free programming classes on YouTube and many of his followers have already found work 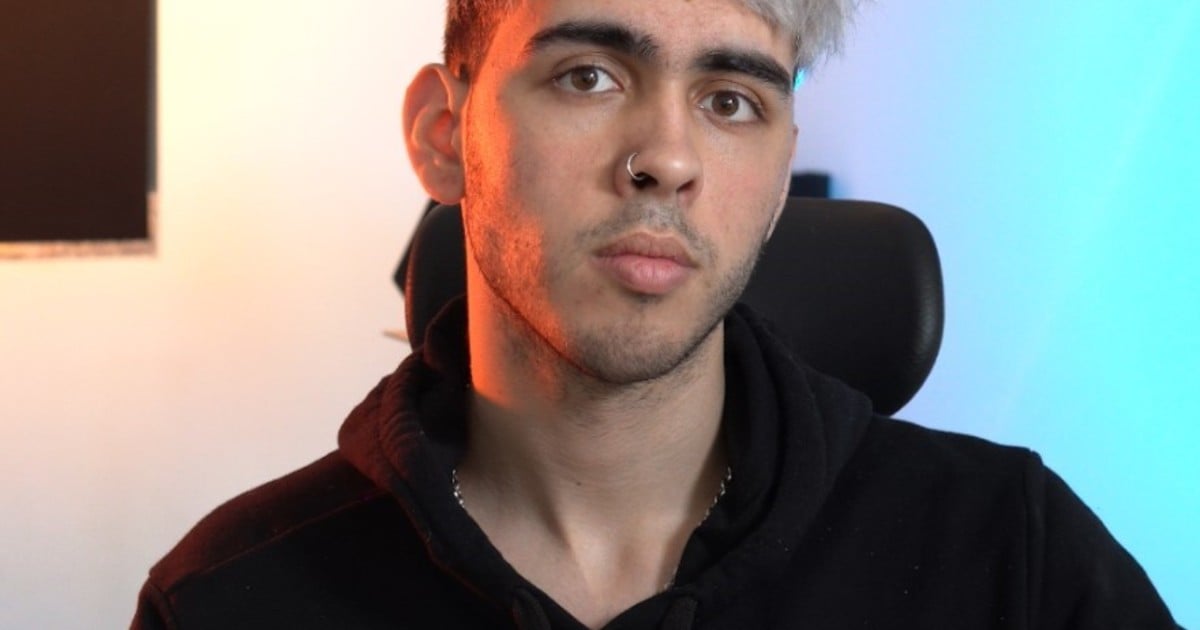 Lucas Dalto He had not been born when the team of his love, Racing, was agonizingly champion on December 27, 2001. He was not living either when one of the worst institutional crises since the return to democracy broke out in the country.

Today, just 19 years old, owns an educational channel on YouTube where helps thousands of people to get a job in a very simple way: teaching them programming.

It is absurd to believe that teaching programming through a social network as many people can get a job in a country whose unemployment rate is one of the highest in South America.

The truth is that through his channel @soydalto, Lucas summons thousands to dare to explore the technological world and the various instruments that this sector offers in a more conversational, entertaining and most importantly: for free.

Lucas Dalto defines himself as “100% self-taught”.

He defines himself as a self-taught and a edutuber, those who use YouTube to share their knowledge with the rest of the world. He was 8 years old when he began to investigate the inside of an old computer that his family had in their house in Buenos Aires. None of her relatives drew much attention, nor did they have any intention of exploring her: that’s what Lucas would be for.

It all started with the curiosity of creating videos with special effects as he saw in his favorite movies and it was then that he asked himself: “Why can’t I do it?” Today it has the largest programming channel in Argentina.

“I want to be a benchmark in the world of technology, my goal is to push the generation of young people to nourish themselves with this knowledge that is essential in the 21st century and that has a very fast job exit”, Lucas tells Clarion.

Lucas Dalto, in a meeting with followers at the Planetarium.

– Taking into account that you had an interest in the technological world when you were so young, how was your childhood?

– I cannot say that I had a complicated childhood, although my family did not have much money, it is not that we were in a bad financial situation and that is why they needed the nerd -he laughs- of the family to get into the digital world. My family did not have a lot of technological knowledge Nor did he have the resources to exploit it or to know what that world was about, with which they always had the erroneous idea that having a computer was the same as playing games and surfing.

– How was fighting against that prejudice being so young?

– Prejudices continue to exist to this day, but I think that over time I was showing that they were not just “little games and pavear”. Definitely create something beyond that. I was nine when I started making special effects videos, with programs that today are studied at the University.

– What was the kickoff in your relationship with technology?

– When I turned 12, already a little older, I started reading and studying about bitcoin when nobody really knew what it was and what it existed for. Then, given the refusal of being able to complete a video game, I came up with the possibility of creating a completely equal one with my own rules. I had to learn how to create a page and replicate the codes. I tried to make both the website and the video game and to my surprise, both worked well for me and that was the kicker of my relationship with technology.

“My parents thought that I would never earn money with that, they thought I was wasting time until I was able to sell my own website when I was fifteen years old”

– Being self-taught alienated you or excluded you in some way from the lives of your schoolmates, at that same age?

– No, my friends were always there. But I, unlike others, I came back from school and spent the whole afternoon reading forums, looking for information on how to improve my pages, I signed up for courses that were not normal for my age and thus I became a student of the world of software, systems and others that today are more naturalized but at that time it was kind of strange.

– What was your first work experience? Were you sure you wanted to dedicate yourself to this being so young?

– After selling my first website, I continued with my projects and was selected among the 15 best profiles of Power up Argentina, which is a program that grants young people and gives them opportunities for personal and professional development in different disciplines. At that time I had the opportunity to meet several multinational technology companies and I realized that I wanted to be in that circle and dedicate myself to that all my life.

With the boom of social media and the rise of influencers of different modalities, It occurred to Dalto to start teaching other young people with the same profile as him to learn the basics of programming. From there his YouTube channel was born, which today has more than 300,000 followers.

– How was the reception of the public?

– The reception from the public was very good, I saw how people liked to learn something new and how my classes on YouTube generated a real impact.

– Do you consider yourself a self-taught person?

– I am 100% self-taught. Although I took different educational courses to nourish myself with more knowledge – even many of them financed by companies – I do not have a university education. What I am pointing to is not necessary because knowledge is usually very comprehensive in different branches. In fact, several engineers or software developers follow me on the channel who may not know how to apply programming well to their lives.

– How would you define programming in your life?

– I like to define programming as the process in which we create a solution with code. That is to say, Through a code we create a solution to any problem. For example, a company needs to sell a service either to sell more or improve its products, then what programmers or web developers do is create a website to not only show, but also offer their services.

– What is your main goal for the future?

– I want to be a reference in the world of technology, my goal is to push the generation of young people to nourish themselves with this knowledge that is essential in the 21st century and that has a very fast job opportunity. It seems to me that it is a great way to combat the crisis, both educational and economic.

– I feel like a benchmark, but very niche. I go out on the street and they greet me from young people to adults of 50 years who began to study programming and found an easier job opportunity for their age. Or even that thanks to my courses they get scholarships, something that never ceases to make me proud.

Job outing for your followers

Lucas Dalto, during it gathered with followers.

Nicole is 24 years old and studies psychology at the faculty. With the arrival of the coronavirus pandemic, he began to fail in his studies, he realized that this career was not the one he liked and he thought of an alternative path that would give him economic profit and that did not need so many years of study.

It was there that his path crossed the Dalto canal and Thanks to him, she studied non-stop for six months and today she is already a programmer and lives 100% of that.

Federico, another 28-year-old, he assures that he began to study programming when one day, while surfing the web, he came across the Dalto channel: “I was always interested in studying programming but I never did it for financial reasons. Thanks to Lucas and his courses I began to investigate more of that world. I did different courses until I decided to put together my own projects. Today I have a programmer job and a good salary” he says.