Silvio Micali: “Only 0.1% of cryptocurrencies will continue to exist” 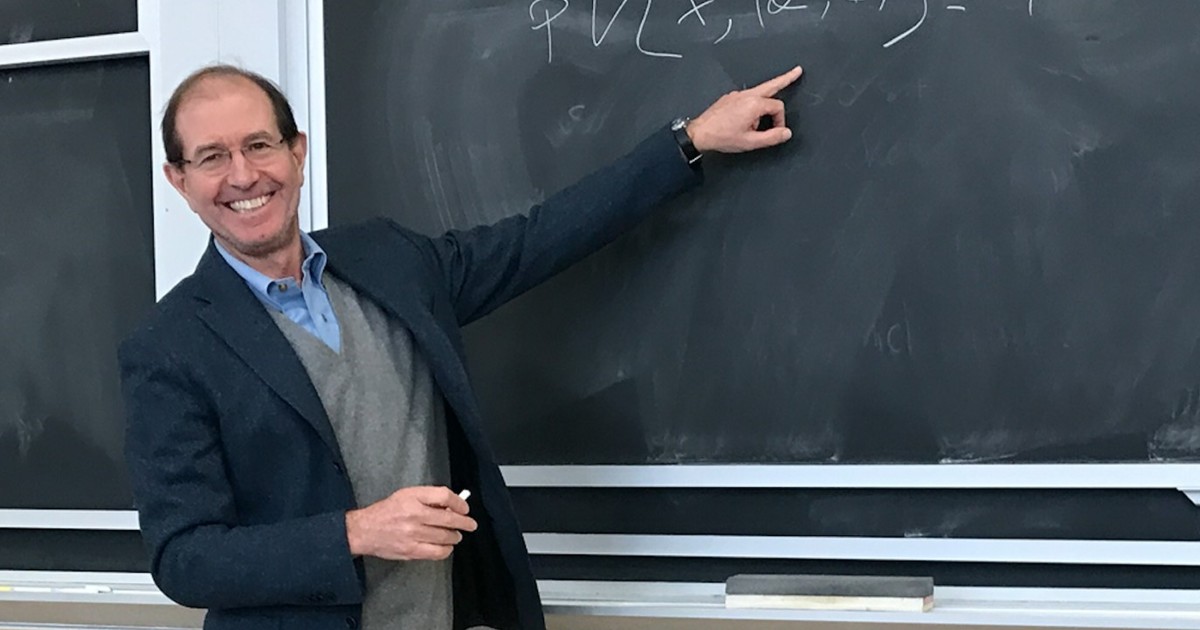 Just 0.1% of the more than 15,000 cryptocurrencies and tokens in circulation around the world will survive in the coming years as estimated Silvio Micali, mathematician, co-inventor of the protocols that enabled the development of modern cryptography, and founder of the Algorand (ALGO) blockchain.

In the midst of a boom in the crypto world, with the issuance of new tokens linked to games, exchange platforms or even pet or animal memes, Micali argued that this world is experiencing a similar euphoria to that which occurred with the Internet at the beginning of the century XXI, and that only the best platforms will survive.

“The world does not need 10 thousand blockchains. But I do not think this is a case in which the winner takes everything. It is always good to have alternatives and it is a good sign of development that there is competition, but it can be 10 blockchains, at which sum 20, those that make sense and want to be used to host applications there“, said Micali in dialogue with Télam and other media.

There are currently 15,501 cryptocurrencies and tokens that circulate in almost 450 exchanges (virtual exchange houses) worldwide, according to the specialized portal Coinmarketcap, a figure that at the beginning of the year was less than 10,000 and that is growing day by day.

“If we remember the beginning of the Internet, there were many dot com companies but, in the end, there were only a few companies like Microsoft or Google that continue to this day. It is interesting that these companies were not the first. Remember AOL? They are companies that disappeared. Google was not the first but it had better technology that today is of great help for themselves and for the rest of the world “, explained the Italian mathematician.

The bitcoin “only serves to speculate”

Micali argued that blockchain technology will be an engine of economic growth, but that the world’s most famous cryptocurrency is not part of that scheme, because “With Bitcoin you can only do speculation.”

Focused for decades on making transactions more efficient and secure worldwide, Micali founded in 2017 Algorand (ALGO), one of the main blockchain platforms in the world with which, he assures, solves scalability, security and energy efficiency problems who have Bitcoin (BTC) and other platforms similar in the crypto world.

“Bitcoin is not the technology that is going to make a real difference for the world,” said Micali in an interview with Télam and other media, in which he recognized BTC the merit of “having been the first” to apply blockchain technology, but that does not mean that it stops being a “centralized”, “dirty” and insecure platform.

“I am a great defender of the power of blockchain and I believe that Bitcoin has the merit of being the first but it is not the type of blockchain that I aspire to for the world, it is not a platform that brings transparency and economic growth and opportunities for society as a whole, “said Micali.

In this sense, he added: “With Bitcoin you can only do speculation. I can only buy Bitcoin at the beginning of the year and, later, sell it and hope it will be at a higher price. “

Transactions are recorded on the blockchain. Photo EFE

Micali charged against the low level of operations that the Bitcoin platform allows (only 16 per second) that are “too few if I want to use that network to buy bread or do financial transactions”, the fact that only “two mining pools control most of the emission” and its high energy demand to power the supercomputers that keep the network running around the world.

“This is the opposite of decentralization. It is an extremely centralized network, very expensive, harmful to the environment and for only one asset: Bitcoin itself. Therefore, It is not the technology that is going to make a real difference for the world.. Being a store of value at the end of the day is not enough, “said Micali.

One year after the beginning of the global euphoria for cryptocurrencies, which led Bitcoin to triple its highest historical price and the crypto market as a whole to exceed 2.5 trillion dollars of quotation, the Italian mathematician assured not to be interested in it. price of ALGO or in that of BTC, but in the applications that will be given to blockchain technology in the way people and companies carry out daily transactions in the world.

“I think you should be able to put all kinds of assets on a blockchain as financial, real estate or other assets. But if you have a network with only one asset (as in the case of Bitcoin) you should not be surprised when it becomes a speculative game, “he said.

Instead, Micali’s interest is that blockchain technology can provide infrastructure for economic development and streamline processes that are now very expensive: “El 6% of global gross product goes into financial friction. It’s too much. There is a great opportunity to improve there. ”

Visiting the region, Micali met this week in Uruguay with its president, Luis Lacalle Pou, and with the head of government of the City of Buenos Aires, Horacio Rodríguez Larrreta, with whom he spoke about the possibilities of applying blockchain technology in different government functionalities, such as the case of Colombia, where your health passport runs on the Algorand platform.

Thanks to cloud rendering, background effects in Google Meet are more dependable

The TikTok algorithm is being audited by Oracle, according to Axios