“The Black Box of the Earth”: The mysterious structure that will gather information about the climate crisis 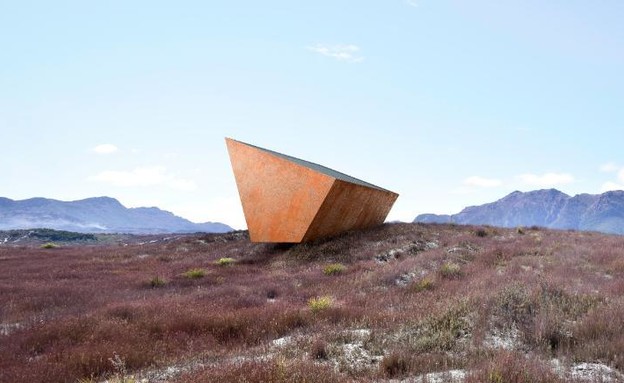 Scientists in Australia have decided to develop a “black box” whose role is to collect data on the climate crisis for decades • The goal: to gather information for future generations that will survive climate change • Scientists: “Whoever survives it – can also learn from our mistakes”

Thousands of studies on the climate in which we live and the crisis in which it finds itself are published daily. It happens on every possible platform – from headlines to viral tweets on Twitter. A huge steel box located on a granite plain in Tasmania, dubbed the “Black Box of the Earth”, will attempt to perform an interesting task: to document the management of the climate crisis by humans, or rather its lack of management – in one place across the grid. The box will be built by Australian researchers and artists next year in collaboration with the University of Tasmania in Australia and the advertising company Clemenger BBDO, as part of an idea that emerged following the climate conference in Glasgow, which ended last month.

The box is 10 meters long and has thick steel walls, a huge battery and solar panels are installed on it. The idea behind this extraordinary project is that documenting the world’s mistakes in relation to the crisis will encourage accountability of decision makers and countries. Jim Curtis, the mastermind behind the project, explains: “If the worst is about to happen to us as a civilization because of a climate crisis that will cause us to crash, this indestructible box will be there – and document every detail. Anyone who survives it will also learn from our mistakes.”

The steel box placed in the Tasmanian desert is capable of surviving natural disasters. It will collect information all the time thanks to solar and thermal energy, and will be connected to wireless internet. All information regarding the climate crisis will be collected using an algorithm, using 500 different metrics.

The process of preparing for the activity will only be completed in about a year – but already now the algorithm has started operating on the basis of calls that took place at the Glasgow conference. The box’s developers add that it is capable of storing data for the next three to five decades.

What is her chance of making a difference?
Dr. Itai Greenspan from the Hebrew University is a little skeptical about the answer to this question. Greenspan, who deals with environmental behavior, believes that if the information were collected for each and every person, and the negative impact of our actions could be documented, then at the psychological level the project might have practical significance More for people’s behavioral change. “Because it’s documenting general trends of the earth,” Greenspan explains. “I understand the impact it can produce is limited. “There is mainly an ideological-artistic statement here that the earth is like an airplane, and it is important to document what is happening in it in light of its ascent on a crash course.”