Apple will allow sharing of health data with doctors or relatives 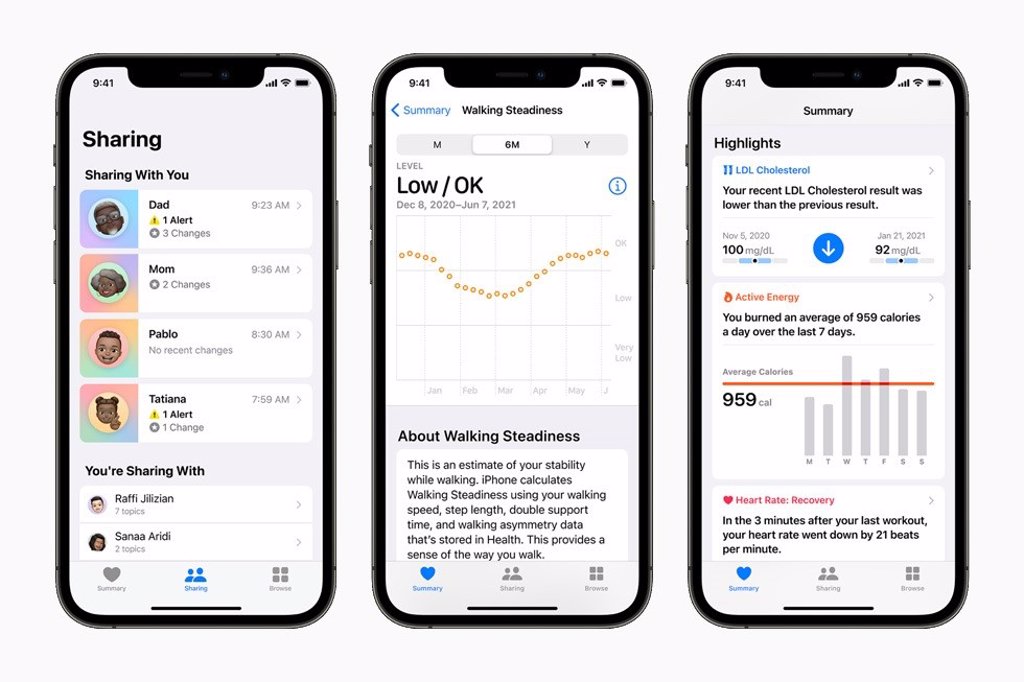 Apple announced this Monday during its annual WWDC developer event the new privacy and health functions that will reach its ecosystem, among which the option to share data from its Health app with medical centers or families, or a new iCloud + focused in privacy.

The American company has provided its systems with new privacy functions that it has announced within WWDC21 within its philosophy that “privacy is a fundamental right”.

To give users even more control over how their data is used, expanding to the functions of iOS 14.5, Apple has incorporated privacy functions for email, which prevent the sender of an email from knowing if the user has opened and data like your IP.

Another novelty is the new application privacy report collects applications that access sensitive permissions such as photos, location or camera.

The Siri digital assistant, used monthly by 600 million users, further enhances their privacy using a neural engine that enables speech recognition directly from the device, without an Internet connection.

Apple’s cloud storage service, iCloud, has also incorporated a new system to recover the account if the user forgets their Aple ID password, as well as a way to manage the accounts of deceased users.

Apple has brought together all these features and has announced a new version of iCloud, iCloud +, with which it has enhanced its privacy functions so that not even Apple can know the sites that the user visits and their email, as well as the possibility of connecting up to four security cameras.

iCloud + is available to users subscribed to the existing service at no additional cost.

The functions of the Apple Systems Health app have also incorporated new features to help understand changes in people’s health, as well as the possibility of sharing their data.

To prevent the risk of falls before they occur, Salud collects mobility data from the mobile while the user is walking, such as the distance and cadence of the steps, thereby detecting if the user is not walking steadily.

The Health app will also add detailed descriptions to help the user understand medical test results. Another novelty is the new Trends function, which focuses from the heart rate to sleep, but also collects whether the user is improving their number of steps.

Apple has included the ability for users to share medical data collected by devices such as the Apple Watch, so that they can send it to their doctors. Apple has reported that this data is encrypted.

For its part, Sharing health data is another new function, with which users can share health data such as mobility changes or their heart rate with close contacts such as relatives, so that they can monitor their status.