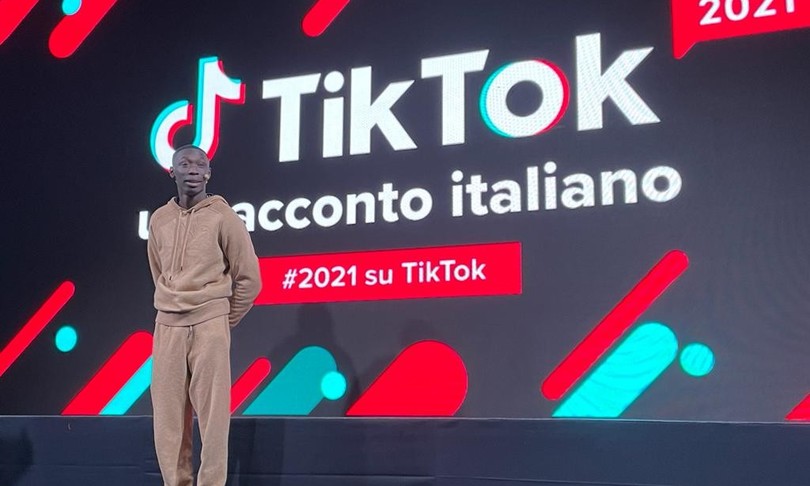 A concentrate of ideas, energy and creativity that in 2021 has also become a commitment to inclusion and the climate, but always with lightness and a smile.

It is TikTok, the platform that in the year that is about to end, has expanded its community up to 1 billion monthly active users, there are many who use it by connecting from all over the world, to have fun, but also to learn a language, or start working.

In Milan TikTok wanted to celebrate this ‘duemilaventUnico’ together with some of the Italian creators best known as Khaby Lame (@ khaby.lame), first in Europe, second in the world with over 123 million followers, Tasnim Ali (@alitasnim) the influencer with the veil, and Mattia Stanga (@mattiastanga), from Brescia, who became famous for his hilarious imitations of parents, professors and pharmacists.

What unites many stories of the Tiktokers with whom the spoke is that without the isolation imposed by the pandemic their life would not have focused on social media and the ideas that blossomed perhaps would have remained in the drawer.

It is the story of Camilla Clemente, 19, a student of managerial economics, who created his ‘small business’. “If I hadn’t stayed at home for the pandemic, I certainly wouldn’t have done anything, I’m sure – she tells us – when I was in the fourth grade I went to the United States to study and there I saw that this phenomenon of ‘small business’ was doing very well. . During the lockdown I decided to experiment with it too, creating a band (A-more), a line of bijoux, and more, a logo. I invested a small amount of money that I had earned as a waitress and I invested in this community ”.

And the results are excellent. “From the home cellar, I moved on to the first offices. Last year I had a sole proprietorship and this year a Srl “.

Mattia Sgamba, too, talks about the “great opportunity” that TikTok gave him, as well as the ‘number one’ of the tiktokers, Khabi, a Senegalese who lives in Chivasso and is now studying to be an actor and dreams of going to Venice with one of his films.

The same goes for Tasnim, who with his Roman accent and engaging irony could not fail to become a beloved character by 559 thousand followers.

“During the pandemic – he tells Agi – social networks have increased in visibility and in that period many creators have ’emerged’, not just me. I got busy because we were all doing nothing, at home, bored, and it was then that my 9 year old sister taught me how to use TikTok and always at that moment I started responding to people’s curiosity “. So from something negative a good experience was born.

“When the schools were closed, I tried to give something myself, teaching a little of my religion”, the precepts of Islam explained with freshness. The questions, seeing Tasnim in video, a perfect mix of Arab and Italian culture, come in avalanches. The most bizarre? “They ask me if I have ears, if I am bald, if I sleep with a veil and if I take a shower with a veil”.