LG provides 9.1.5 and 810W channels of power to its new premium sound bars 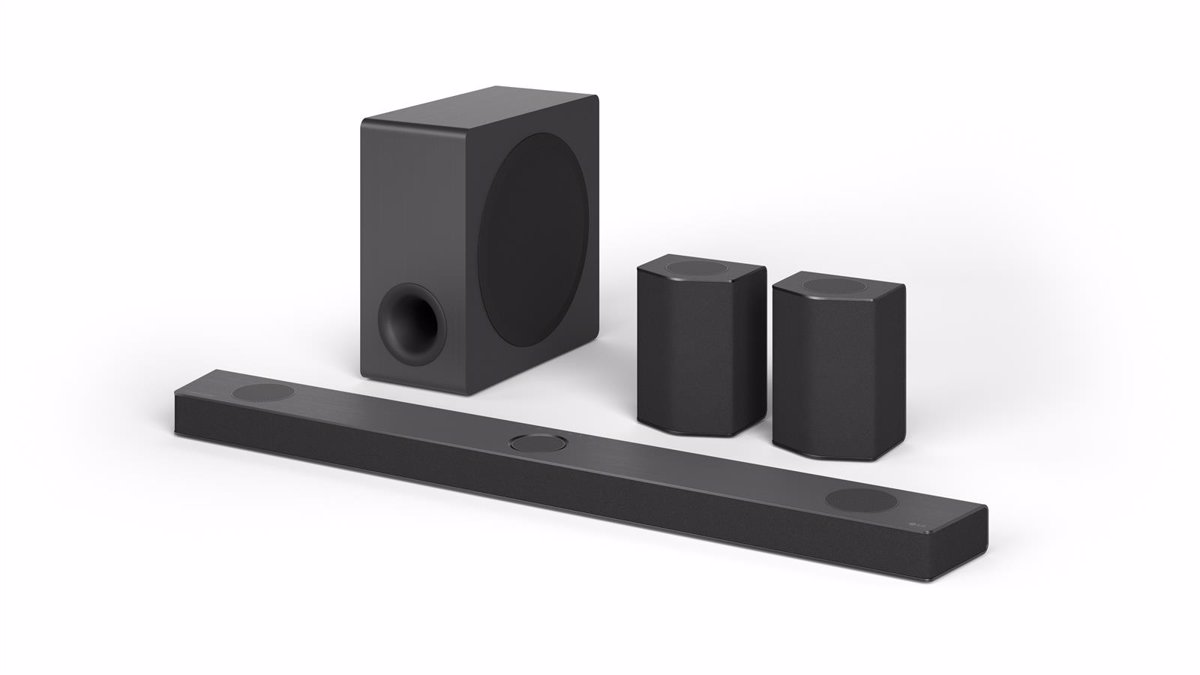 LG has announced the soundbars it will present at CES 2022, including new products like the premium model S95QR, which presents a system of channels 9.1.5 and a power that reaches up to 810 watts (W).

The new soundbar models that LG will unveil at CES 2022 focus on performance, design and new sound experiences, and are geared towards movies, music or video games to complement televisions, as reported by the South Korean brand in a statement.

The audio line is led by the LG S95QR premium soundbar, which has a power of 810W and a sound with a 9.1.5 channel system.

It has five upstream sound channels (three on the soundbar and two on the rear speakers), including “the world’s first upstream center speaker “, as claimed by the manufacturer. With them it offers sharpness, an expanded soundstage and realism.

The LG S95QR Sound Bar features several improvements such as a increased performance of the new drivers, and in the design of the speakers and the ‘subwoofer’, with deeper and more powerful bass sounds.

By 2022, LG has updated the wireless rear speakers going from four channels to six, with four front / side speakers to accompany the two upward sound speakers. This enhancement allows the sound to be distributed evenly in a 135 degree gap.

On the other hand, the LG soundbar has a more sensitive receiver that allows distribute the devices at a greater distance from each other (sound bar, ‘subwoofer’ and rear speakers).

It also features a more stable wireless connection, as well as the inclusion of Meridian Audio’s Horizon technology, with which you can mix audio through two 7.1 channels to create a more immersive and realistic sound in Music mode.

The LG S95QR soundbar has functions geared towards video games such as the variable refresh rate (VRR) and low latency auto mode (ALLM). It is also compatible with high-quality music streaming services, and with the commands to the Google Assistant and Amazon Alexa.

Likewise, LG has explained that with the accesorio LG WOWCAST Wi-Fi “You can enjoy lossless multi-channel audio wirelessly.”

When connected to a compatible LG TV, this soundbar takes advantage of the AI Sound Pro function of the TV itself to allow greater clarity and realism, as well as controlling both the TV and the soundbar with a single remote control.

The function AI Room Calibration Automatically selects the best soundbar configuration for the room you’re in by analyzing the dimensions of the soundbar to deliver more accurate audio.

Likewise, the new range of LG soundbars for 2022 is designed with the environment in mind. In addition to being shipped in a box made from 100% recyclable materials, these models use a new composite fiber material that is lighter in weight to reduce carbon emissions during transportation.