Elon Musk : This is the year we land people on Mars 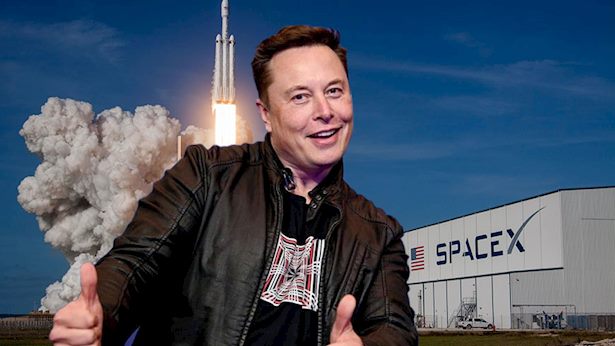 The founder of Tesla and Spice X in a particularly interesting statement “I would be surprised if we do not land on Mars in five years, the goal is to build a city that sustains itself there on Mars and bring people and animals there”

Elon Musk, the richest man in the world and founder of Tesla and Spice X, continues to provide headlines. This time, Musk says he has a new timeline for his big Mars project and the end date he set much earlier than you think.

“I would be surprised if we did not land on Mars in five years,” Musk told Time Magazine that SpaceX intends to take humanity to Mars. Musk, the 50-year-old founder and CEO of SpaceX, who was named Time Man of the Year, has big plans for the Red Star: that is, a city that sustains itself with solar-powered hydroponic farms where humans can live permanently, miles from Earth.

“The next big thing really is to build a city that sustains itself on Mars and bring the animals and creatures of the planet there,” Musk added to Time. Kind of like a futuristic Noah’s Ark. However, we will bring more than two – it’s a bit strange if there are only two. Other space experts say that Mars probably could not sustain long-term human settlement at all. Musk himself told XPrize in April that some astronauts would “probably die” on their way to Mars.

Musk – currently the richest man in the world, with a net worth of $ 247 billion, according to Forbes – also has a track record of setting unrealistic schedules for technological advancement, but in 2016, Musk tweeted that Tesla’s fully autonomous cars would be available in about two years. By 2019, these vehicles have already conquered the big cities.

SpaceX, recently valued at $ 100 billion, is a major player in today’s space race: In April, the company won an exclusive NASA contract to deploy the United States. Astronauts on the moon for the first time since 1972. But Musk told Time he was not necessarily trying to make money from Mars. Instead, he said, it is more about what feels “exciting,” including an overall goal of “making life possible on most planets and allowing humanity to become a super-civilization.”

It should be noted that SpaceX almost went bankrupt with Musk in 2008 after a series of failed rocket launches. Last month, Musk sent a letter to employees saying SpaceX could be at “real risk of bankruptcy” again – but told Time on Monday that the letter was primarily a motivating tactic. “We can not lose our advantage or be complacent,” he said.