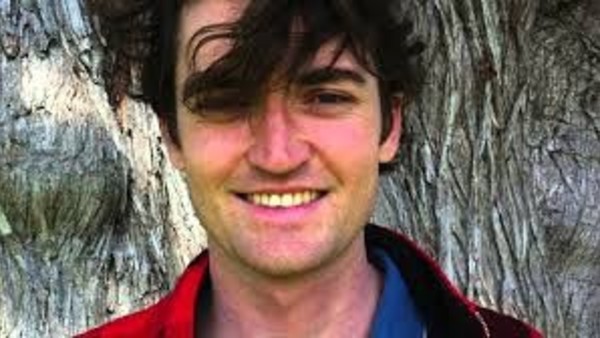 Ross Ulbricht He was sentenced by a New York judge in May 2015 to life in prison for creating a website to sell drugs and launder money. It was about the portal Silk Road, the best known and most popular black market in the deep web.

But the truth is that under bars the average criminal did much better, made more than six million dollars through his favorite tool, the internet. It did this by creating and selling an NFT, that is, a non-fungible token.

In the cyber world that Ulbricht created they were also sold weapons, kidnappings were negotiated and even deaths with cryptocurrency transactions. There are those who believe that the sentence is excessive, that he did not even know what was happening in Silk Road.

As reported by the Blockworks site, a large group of cryptocurrency investors created on December 2 FreeRossDAO.

The DAO, a decentralized autonomous organization, was launched to achieve the release of Ross Ulbricht. “Buying that NFT does not free Ross. We still have a long way to go to seek justice and rectify his disproportionate double life sentence as a non-violent offender,” they said.

The strategy of the investor organization is, as they describe, to unite in solidarity with Ross and raise funds to buy his collection “Genesis”, a set of writings and drawings made by Ulbricht, from his childhood to his time in prison, which he presents as “the story” of his life.

With this initiative, the organization also seeks to protest “against the injustices of the American prison system.”

On December 10, Ulbricht claimed on Twitter to feel “stunned”, as the auction “exceeded all expectations.” “I feel that now I have a new purpose. There is a lot of happy work ahead of me,” he concluded from prison. The more than a thousand investors who support him have raised around thirteen million dollars to win the auction.

Proceeds from the Ross Ulbricht collection will go to charitable causes. This was explained by his mother, Lyn, who assures that her son wants to use his art “to help people”, starting with the prisoners and their families.

Undoubtedly the case of the Silk Road (Silk Road, in English) was the one that made the Deep Web in general and the Dark Web in particular, come to light. It was an online market where you could buy or sell any type of goods, but it was used mostly for the sale of drugs.

The “venture” guaranteed anonymity to those who carried out transactions through it. Two were his essential tools. On the one hand, was published through the TOR network that prevents users from being tracked, and on the other hand, businesses were carried out through bitcoins, the virtual currency that makes it difficult to know the origin of the money’s funds, because it is not regulated by any financial entity.

Silk Road began operating in 2010 and by mid-2011 it became so popular that it became an iconic place for promoters of anonymity on the Internet. The person who administered it called himself Dread Piret Roberts, a name taken from the character in the novel “The Princess Bride” by William Goldman and which was made into a movie in 1987.

More than 435,000 people signed an online petition to forgive him.

After an FBI investigation, it was possible to identify that the person behind that pseudonym was Ross Ulbricht, a young American who at that time was 27 years old and had just obtained a degree in physics from the University of Texas.

On October 1, 2013, Ulbricht was arrested at a San Francisco public library where investigators assumed he was logging on to the Deep Web to administer Silk Road. He used the institution’s free network. So one day later the market, known as the “Amazon of drugs”, it was closed.

In March 2015, Ulbricht was sentenced to life in prison on 7 counts that included selling drugs, hacking computers, money laundering and being the organizer of a criminal network.

At the time of its closure, the site had about 960 thousand users and it is estimated that it generated revenues of 1.2 billion dollars.