Only two.thirds of the world’s citizens have access to the Internet – and that must change 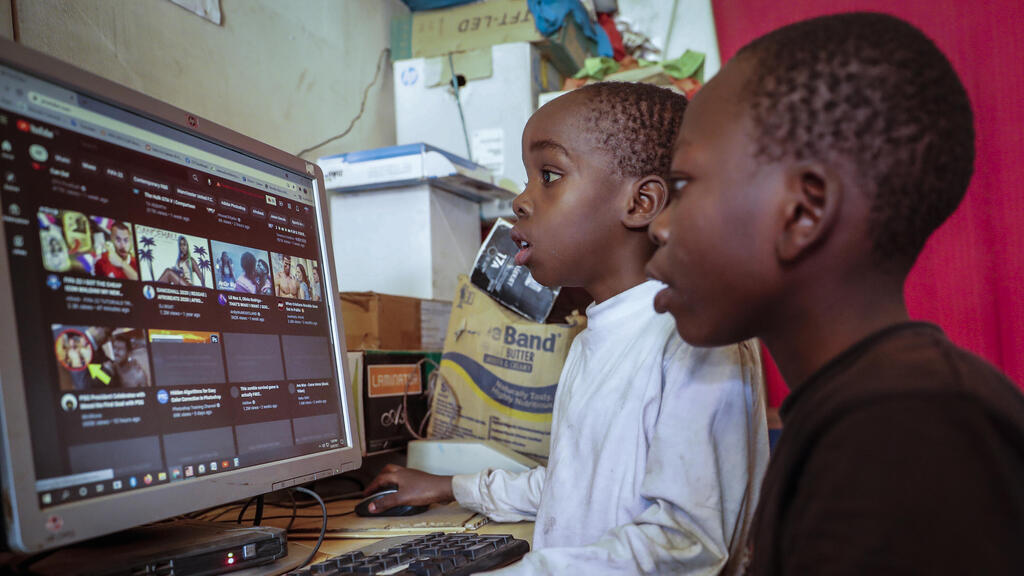 The boost in demand for internet connection during the epidemic highlights the need to do as much as possible in order to bring the network to more than a third of the world population, which does not currently enjoy it. And no less important is the fact that it will be done gradually and wisely

True, the Internet is a terrible place. A collection of time-wasting sites, fake accounts, spam, hacker attacks, NSOs, garden WhatsApp groups and lots and lots of porn. Sometimes we just feel like pouring all the fuel on the whole business, throwing a match and walking away in slow motion, while the whole business explodes behind us. To a large extent, these are the troubles of the first world, the privilege of people who already take for granted all the daily benefits and benefits, large and small, overt and covert, that they receive thanks to the online and interconnected world in which we live. A privilege we take for granted, as a fundamental right granted to us as citizens of the world, but one that billions of people do not enjoy and cannot even begin to imagine.

According to a report by the World Telecom Association (ITU), published in late November, about 37% of the world’s population – 2.9 billion people – have never used the Internet. 96% of them live in developing countries. Of the 4.9 billion who have used the Internet at all , There are hundreds of millions who only enjoy discontinuous internet access because they share devices with other people, or their browsing speed limits the benefits they can derive from surfing the web.

In the time we live in, the importance of continuous and reliable access to the web can be the difference between life and death. Network access means access to critical information about outbreak hotspots, government guidelines and vaccine information (and yes, a lot of Pike News and misinformation too). It makes it possible to reduce daily friction with other people through alternative interpersonal communication tools and access to various online services, thus reducing the risk of Corona virus infection and spread. In some cases it is also a tool, at a time when the ability to go out to work as usual is impaired or impaired. All of these are particularly relevant in developing countries, where the prevalence of vaccines is relatively low compared to Western countries and the threat of the epidemic is more tangible.

Unsurprisingly, the number of people with network access increased between 2019 and 2021 by 17% – an increase of 782 million people. “Extensive closures and school closures, along with the need for people to access news, government services, health updates, online commerce and online banking have contributed to ‘boost corona connectivity,'” the ITU said. But this boost, for all the factors that led to it, only underscores the inferiority of the 2.9 billion people who do not enjoy network access – much of it in developing countries, where only 57% of the population has access to the network, especially in the lowest developing countries (LDCs) , Where only 27% of the population is connected.

This inferiority is highlighted by the very fact that underprivileged populations are often on the wrong side of the digital divide. For example, women. In the Western world, where the status of women is relatively good compared to other regions, there is no significant digital gap between men and women: in the United States, for example, 79% of women and 78% of men enjoy network access, in Europe 83% of women compared to 87% of men. 88% of women and 89% of men.

In contrast, developing countries have a significant digital gap with 50% of women with network access compared to 57% of men and countries with the lowest level of development (LDCs) it is 19% women compared to 31% men with network access. In Arab countries, this is 68% of men compared to 56% of women. For women in particular, network access means not only access to essential information and services, but also an opportunity to develop a business activity that can be performed even when it is not possible to go out for regular work outside the home – a situation where many women find themselves after giving birth. The digital divide here is disproportionately affecting women in developing countries – that is, the underprivileged population that is part of a larger underprivileged population.

Residents of urban and urban areas, for the most part, enjoy a broader access to resources than residents of rural areas. Connecting to a network can reduce this resource gap, even if it does not close it completely, but again, there is a significant digital gap to the detriment of those who are most affected by it. 76% of residents of urban areas in the world enjoy access to the network, compared to 39% of residents of rural areas. And again, while in developed countries there is almost no gap (89% for cities, 85% for villages), in developing countries there is already a significant gap of 72% compared to 34%, and in LDC countries it stands at 47% compared to 13%.

Developing countries, and especially women in these countries, need to connect to the network more than residents of more developed areas, who enjoy more diverse and stable protection networks, but not surprisingly precisely where the digital divide is widest. The boost recorded in demand for internet connection during the Corona plague only underscores the need to do as much as possible to bring the network to more than a third of the world population not currently enjoying it through deployment of terrestrial and atmospheric network infrastructures, and access to low-cost networked devices. These are existing and implemented solutions, and the challenge is to accelerate their deployment to a much larger scale.

But – and there is a big but here – it is impossible to bring the network to people who have never encountered it before only by technical means of communication infrastructure and devices. When the Internet goes into widespread activity among a relatively virgin population, the results can be disastrous; A real human catastrophe, not a metaphorical one. Myanmar is a classic case in which the network’s rapid and wide entry, courtesy of free services provided by Meta (formerly Facebook), has been linked to a venomous and deadly incitement against the Rohingya in the country, which ended in a horrific 21st-century genocide. This case is at the heart of a huge lawsuit filed by Rohingya refugees against the technology giant.

All the sick evils of the network mentioned above are especially dangerous among users without digital literacy. These are more prone to lies, Pike News, fraud and incitement. They have not yet developed the mechanisms of skepticism and criticism that more experienced users have (even if not broadly enough). It is important to bring the network to as many people as possible quickly, but it is equally important to do so in a smart way, accompanied by appropriate tutorials and tools that will provide inexperienced surfers with the ability to deal with the various dangers inherent in it. Otherwise, the damage that will result from connecting to the network will outweigh its many and important benefits.