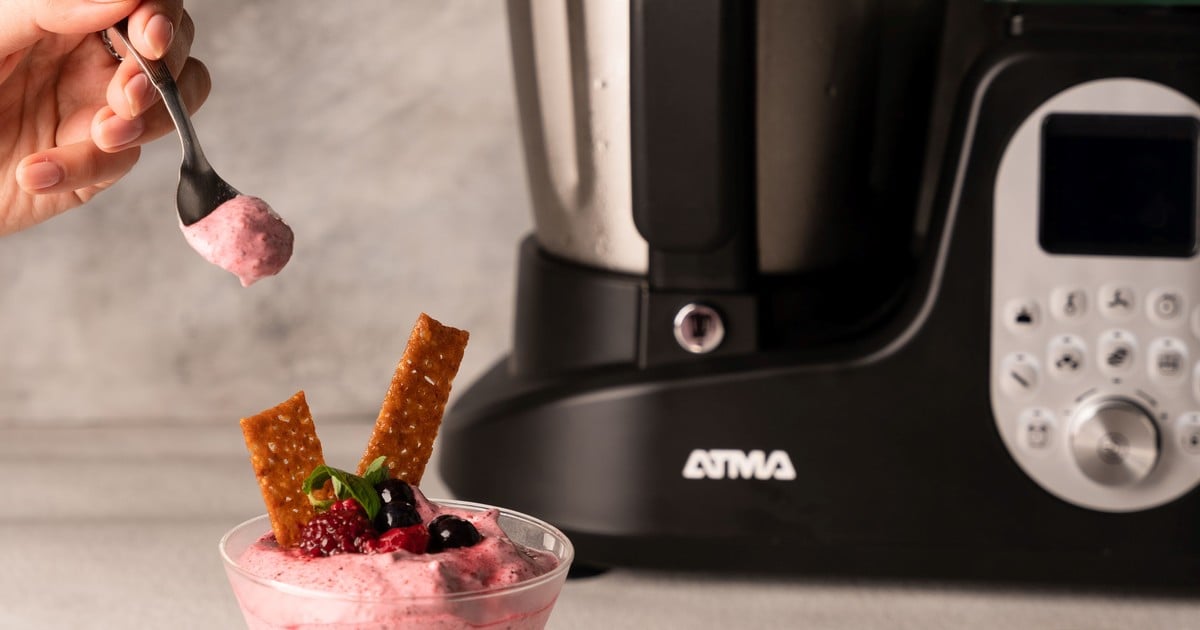 The coronavirus pandemic and the isolation to which much of society was subjected led to focus attention on the kitchen, in which many used it as hobby or simply a way to capitalize on leisure time. Under that premise, Atma launched the evolution of home appliances: a cooking robot in which 16 electrical appliances converge in one.

AtmaMix, developed by the Fuegian Newsan, made its debut this Monday with the purpose of revolutionizing the cuisine of Argentines. The presentation was supported by the chef Roberto Petersen who sponsored the host in the event that the brand held in its restaurant Hermanos de Martínez, Province of Buenos Aires.

This new product is characterized by being a smart multifunctional computer designed to simplify consumer life by making any dish easy to prepare, becoming an ally to save time and get the best meals quickly.

The main premise on the part of the company is to achieve the optimization of the kitchen, which now becomes more practical and faster, maintaining the essence of homemade food and obtaining tasty preparations that range from complex dishes to different types of patisserie.

“With the outbreak of the pandemic, the kitchen at home took a greater degree of prominence and it became a meeting activity in many Argentine families. The latter, motivated consumers to have a greater demand for products that simplify our day-to-day cooking, ”said Ezequiel Brusco, Newsan’s Business Manager.

And he added: “In this sense, AtmaMix comes to revolutionize the market to become the perfect kitchen ally and thus satisfy the needs of those consumers who seek to have functionalities in the same product that allow a wide variety of meals to be made in an easy, agile and practical way ”.

How the Argentine kitchen robot works

AtmaMix is ​​characterized by combining intelligent technology, versatile cooking modes and a construction based on solid materials to extend its life.

So far it is available in two colors – black and white – AtmaMix has a stainless steel bowl, a 2-liter container and a scale with a capacity of 3 kilograms.

ATMA Mix includes a variety of cooking accessories in the box, such as two steamers, a silicone spatula, mixing blades and more.

The powerful stainless steel blades, in conjunction with its 10 speeds, will allow the professional cook or the enthusiast to achieve a variety of foods, from emulsions to ice cream.

In the device LCD screen, it will be possible to view the control of time and temperature, as well as the speed and weight of the content inside. Among its accessories it includes a steamer tray that will allow for perfect steam cooking.

As an exclusive distinctive, chef Roberto Petersen was in charge of preparing the recipe book with which Atma Mix went out to compete in the segment of kitchen appliances.