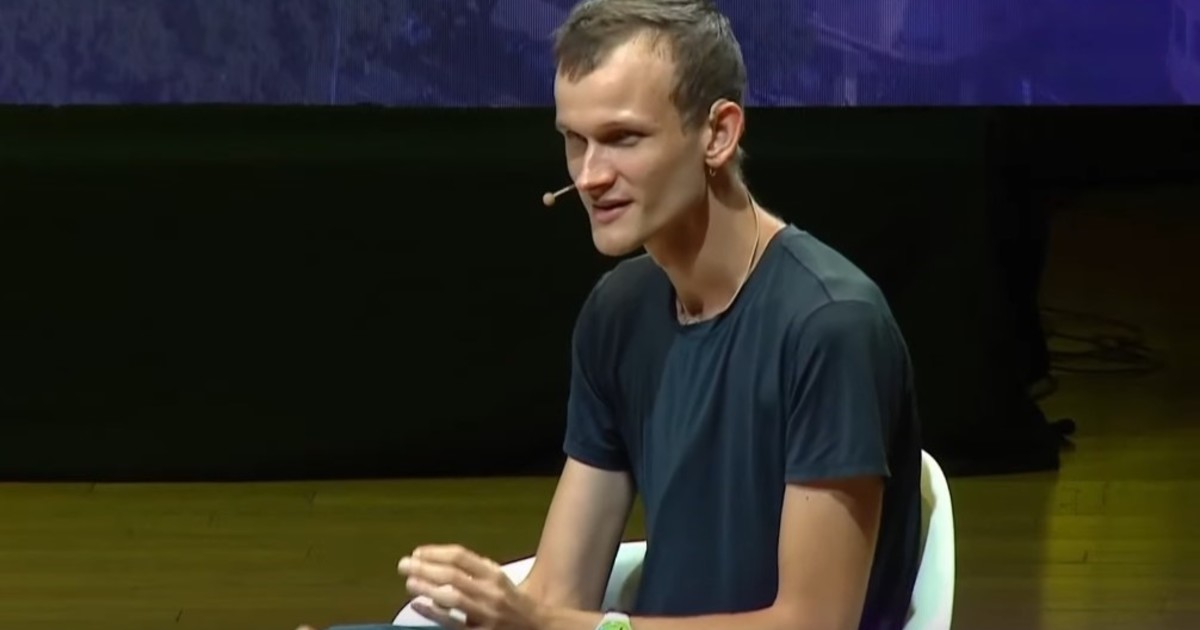 Vitalik Buterin, creator of ethereum and top star in the world of cryptocurrencies, assured that “the Argentine crypto community is the largest” that I am “in the whole world”, in a talk on the Usina del Arte on digital assets and decentralized networks.

Hosted by Santiago Siri and Olivia Goldschmidt, the programmer was relaxed, humorous and open to answering questions. Siri said that Vitalik wanted to know “the Argentine crypto community” beyond being on vacation. “We are transforming Argentina into a Cripto Nation and to Buenos Aires in one Cripto CitySiri assured.

Buterin was asked if he liked “be a rockstar”, due to the popularity that the programmer and creator of Ethereum had these days in Argentina, with many photos on social networks. “Oh dear …”, he replied between giggles.

“The people here seem very intelligent and motivated. The difference between Argentina and other richer countries is that there are people who are enthusiastic about crypto, but here you see genuine enthusiasm and they are really solving real problems, ”Buterin continued. “The fact that cryptocurrencies are giving value to a lot of people today is a very valuable thing. That spirit is something that I find very exciting to see”He added.

One of the most focused questions pointed to the Argentine economic situation and how could the decentralization of cryptocurrencies help solve certain problems: “How could decentralization help Argentina? “The impression I have of Argentina is that it has a ‘low state capacity’. but a lot of capacity in its people. This is often the best ecosystem for projects to flourish, people understand that they have to see how to avoid inflation and that is why they appear open to new ideas, “he said.

“The crypto sThere are really great opportunities for small countries that have not been winners for the last 50 years. And many consequences are impossible to predict: a good science fiction author predicts the future, a great author, a traffic jam ”, he joked.

The unexpected visit of the young Russian-Canadian programmer to Argentina generated a furor in the local crypto scene: tickets to listen to him live they sold out in less 10 minutes.

Buterin He came to the country alone, on vacation, without notice or large-scale promotions outside the crypto world. On Friday night, a few hours after landing in Buenos Aires, he participated in a programmers’ event in Palermo.

On Saturday at noon, meanwhile, he met former president Mauricio Macri at a lunch with entrepreneurs and leaders of startups and unicorns.

On NFT technology, Buterin wondered: “Are they going to survive a downturn cycle? It is not yet known. They’re growing, but next time BTC or ETH drop in price, are NFTs going to drop 50% or more? We do not know it yet. Will they last? We’ll see”.

Buterin also spoke of the large number of scams What about cryptocurrencies: “There are things that as a community we can achieve to solve problems. An example of illegal activity is scams: society and especially in countries with little education are greatly affected. I think as a community we can do more to warn people of scams”, He assured.

From the questions and comments on Twitter, #AskVitalikBA became a trend. As a note of color, “Tacos or asado?”, they asked him: Buterin replied “Tacos“, to the disappointment of the audience.

“The world is open to you. You are entering a point where elements of the old order are collapsing, but we are also at a time where we do not really know how the world is going to be: it is your opportunity and responsibility to be part of trying to understand the solution and build it ”, he closed when he they consulted for “advice for someone 18 years old.”

Who is Vitalik Buterin

Vitalik Buterin is one of the creators of ethereum, the second most valuable cryptocurrency in the world. Considering that the identity of Satoshi Nakamoto, the person (or group) who created bitcoin, is not known, Buterin is undoubtedly the biggest crypto star globally.

Buterin was born in 1994 in the city of Kolomna, on the outskirts of Moscow. When Vitalik was 6 years old, his father, a computer scientist, decided moving the family to Toronto, Canada, looking for better opportunities.

Was a infant prodigy: When he was in third grade of elementary school, he was relocated to a class for specially gifted children and he stood out for his skills in math, programming, and economics.

Vitalik Buterin poses in an Argentine shirt during a lunch with entrepreneurs and leaders of startups and unicorns. Photo: Twitter

In 2012, aged 18, he co-founded and wrote for Bitcoin Magazine with Mihai Alisie, who later joined him to found ethereum.

In 2014, Buterin received a Thiel Scholarship, offering $ 100,000 for youth under the age of 23 to pursue extra-academic projects. The scholarship was funded by billionaire Peter Thiel, an early investor in Facebook and a graduate of Stanford University.

A year later, the Russian-Canadian and the rest of the development team released Frontier, what they called the “basic implementation of the ethereum project”.

Low-key, the creator of the second most valuable cryptocurrency in the world (after bitcoin) reappeared on the public scene Sunday night: it was in Campo Argentino de Polo, where he saw Soda Stereo’s “Gracias Totales” recital.

There he met the head of the Buenos Aires government, Horacio Rodríguez Larreta, who, like Macri, took the opportunity to ask him for a photo. It was expected that Larreta met Buterin again this Tuesday as part of the talk.

Ethereum has many similarities to bitcoin, but also several differences. On the Ethereum Foundation website they define it as “a global open source platform for decentralized applications”. He adds that, “you can write code that controls the digital value, runs exactly as programmed, and is accessible from anywhere in the world.”

“Open source” and “decentralized applications” means that any programmer can access the code and create smart contracts, tokens (digital unit that allows to develop software) and even games that are not subject to any government, company or body.

Ether became one of the most sought after cryptocurrencies and it also has some differences. While the emission of bitcoins is limited to 21,000,000, there are no limits for ETH.

“In 2022 we can make Ethereum decentralized, but also applicable,” said Buterin in his talk at the Usina del Arte