a ‘gaming’ headset with great surround sound and effective for music 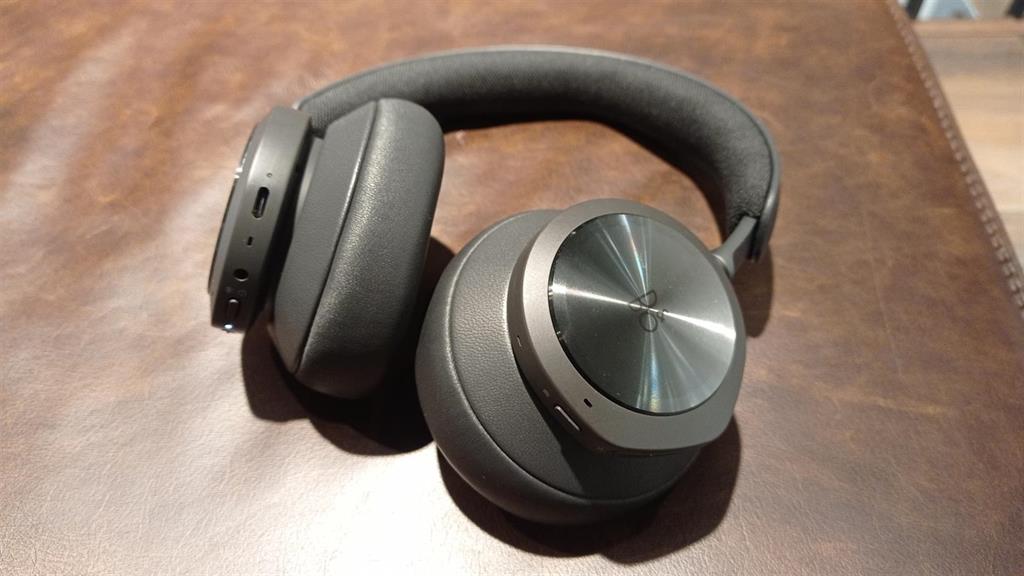 Bang & Olufsen, Danish brand of high-end audiovisual products, has for years developing ‘premium’ products aimed at the audiovisual sector with televisions, speakers, headphones and accessories for homes, companies and cars, but with the auriculares Beoplay Portal has set his gaze on the world of video games for the first time.

The company announced in June 2020 that it had partnered with Xbox to create high-end accessories focused on the gaming world and, almost a year later, these wireless headphones became the first product resulting from this alliance last April.

The Beoplay Portal are high-end wireless headphones that, according to the brand to Portaltic, have been developed for gamers and audiophiles More demanding. And, from what we have been able to verify in a first contact with the product, he knows how to defend himself in both fields.

When you pick up the headphones, you immediately notice that they are small and light (246 grams without cable and 256 with it), so they do not bother the head. When they are wearing, pads feel comfortable in the ears and, with continued use, the ears do not sufferas the shape of the headband does not squeeze the headphones too tightly.

In addition, the pads are covered with natural lambskin which, unlike other synthetic materials, prevent them from overheating. The outer area of ​​the headband is also made of lambskin, while on the head the headphones are also placed smoothly thanks to an inner part of bamboo fibers. The brand has assured Portaltic that these materials also favor the long-term durability of the product.

When using the Beoplay Portal, the volume setting and Active Noise Cancellation (ANC) are planned so that no complicated movements are required. So on the back, just slide up or down to adjust ANC and volume, in a method that results very practical and agile by its position and by the format of sliding touch buttons.

AN ENVELOPING AND DEFINED SOUND

In Portaltic we have been able to test the Beoplay Portal with the game Assassin’s Creed: Valhalla on an Xbox Series X, and experience confirms that the headphones have a sound quality true to its level, with a outstanding sound reception on all waves.

These headphones have technology Dolby Atmos, that makes the surround sound of a triple A video game work at a optimum level, since you can hear the air coming from the rear, the sensation of remoteness of the trills of the birds and the more defined footsteps of an enemy that is in front.

When listening to music, bass is powerful, but does not cover the rest of the sounds, so they maintain the detail and fidelity of the sound production. The surround sound squeeze the sonic characteristics of any song and, no matter how much the volume is turned up, the sounds do not lose definition.

Commute EQ mode allows hear or silence your own voice while eliminating outside noise, which is also adjusted quickly and conveniently thanks to the control of the headphones.

The noise cancellation works properlyespecially when listening to the sounds of games or music. Of course, in silence you can see that the high waves are especially filtered, but is able to successfully prevent voices from being filtered while in gameplay.

A FUNCTIONAL APP MADE FOR BLUETOOTH AND XBOX

To take advantage of the BeoPlay Portal, you will need to download the official app of Bang & Olufsen, where the user can use two modes: Bluetooth, to connect to the device where the app is being used and play from it, and that of Xbox, for use in the Xbox Series X | S and customize the sound for ‘gaming’.

The application will allow, through a simple and intuitive interface, to carry out personalized configurations in terms of volume and noise cancellation on a single page; Y equalization modes , which change depending on whether we are using the Bluetooth mode or the Xbox-specific one. Each one adapts to your needs, but it is more useful to make the changes yourself.

Bang & Olufsen has opted for an equalization system that seeks, according to the brand, regulate this process “more easily”, thanks to an adjustable circle in the app that makes it possible to oscillate, horizontally, between a ‘relaxed’ sound and another ‘energetic’ (more or less intensity); and vertically, in another ‘bright’ or ‘warm’ (more bass or treble).

In practice, the system is easy to understand and use, Y can encourage users who have no control over how to use the EQ controls to adapt them to your liking.

Despite the good characteristics, it cannot be forgotten that this is a product that costs 499 euros, yes, with the luxury design of Bang & Olufsen.

A) Yes, It is impossible to ignore that the Beoplay Portal have a price that is close to 500 euros, which weighs when considering the purchase of a product that meets when it comes to matching the general high-end of products like the Sony WH-1000XM4, currently more than 300 euros, or the Bose Noise Canceling Headphones 700 for 400 euros, but adding a Dolby Atmos really effective in its immersive feeling to handle yourself in the ‘gaming’ world.

This aspect is perhaps more personal, and depends on whether its design, signed by the famous designer Jakob Wagner, and its versatility to use them in games and music convince the public to reach the barrier of almost 500 euros. Otherwise, the benefits do not suffer from any specific aspect that clearly detracts from the final product.