What it is about and how to activate it 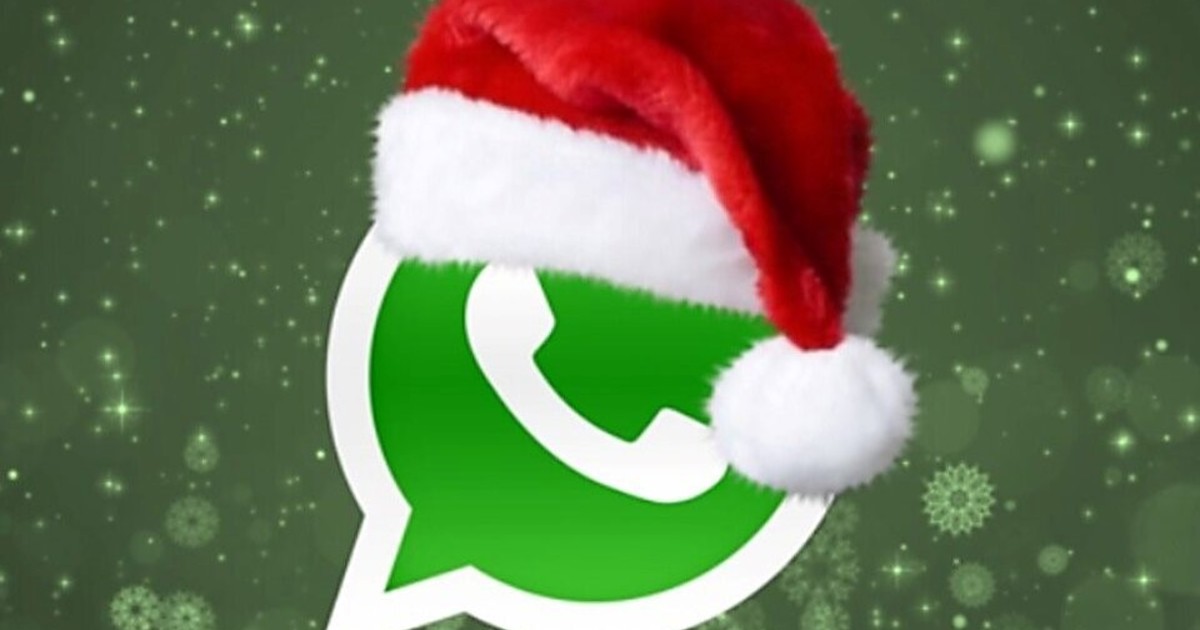 The Christmas you live in the preparations, shopping and even on your cell phone. One way to give your smartphone a Christmas tone is -through a very simple trick- to attach a characteristic Santa hat to the icon of WhatsApp on devices with Android operating system.

To modify the logo, those who want to give their messenger a Christmas look should descargar Nova Launcher, which is available exclusively in the Google Play Store, since it allows you to alter the icons that the applications bring by default.

When installing the app and accepting the terms and conditions, Nova Launcher will request to configure some elements as the theme of your choice. There you can choose the color of the phone’s theme (light, dark or automatic) and the arrangement of the icons on the screen.

How to add a Santa hat to the WhatsApp icon

The key, later, will be in look for an image of the WhatsApp logo with the Christmas hat, especially one in .png format, since it has no background, and save it in the gallery of the cell phone.

By selecting the messenger icon and leaving it pressed, Nova Launcher will allow you to edit it to replace its characteristic image with the Christmas one that you downloaded from “Applications” and subsequently, “Files”.

Finally, all that remains is to adjust the size and save. There you can wear the new WhatsApp icon with a Christmas hat.

It should be noted that Nova Launcher is an application external to the Facebook universe and is not available for Apple iPhone cell phones.

The new way of viewing WhatsApp audios allows you to listen to them before sending. Photo: Capture

For a few days now, the more than 2,000 million users can listen to the content of an audio on WhatsApp before sending it, perfect for those moments when you want to send a correct message and without having to perform any tricks previously.

To celebrate the launch of preview for audio messages, the messaging service adds a practical guide on voice messages in WhatsApp, to remind users about other useful functions, such as hands-free recording and quick playback.

When opening an individual or group chat, the user must touch the microphone and slide it up to record in hands-free mode.

When the action is complete, all you have to do is touch the stop button to preview the message. As a novelty, you can also choose any part of the recording to listen to it from that time stamp.

The blue double check now indicates that the message was read could evolve in the coming months.

The third blue tick, which resembles the system that the social network Instagram has, promises notify members when someone takes a screenshot of the chat.

According to the transcended, the third tilde would also be available for chat groups. If one of the users takes a screenshot of a group conversation, all members will be notified of what happened.