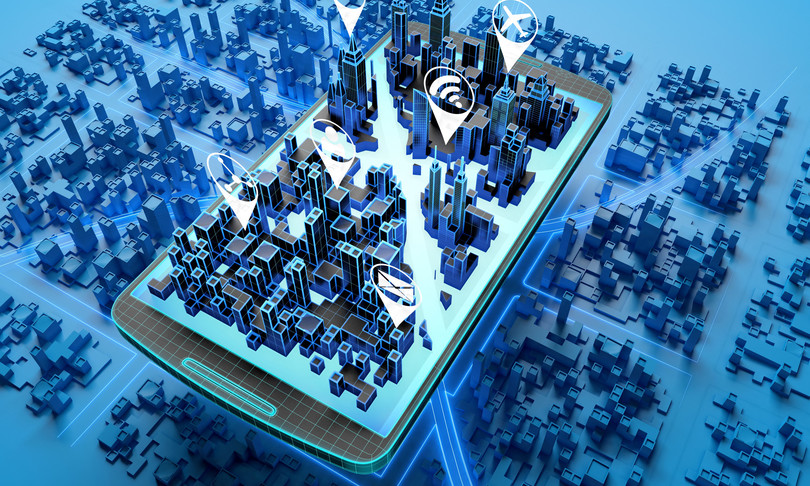 The truth is that nobody knows what the future of the Internet of Things will be like. And McKinsey’s latest report confirms it: by 2030, the IoT could generate between $ 5.5 trillion and $ 12.6 trillion globally. A fact that tells us two things. First: there is and will be strong growth. Second: the gap between the most cautious and the most optimistic estimates is still enormous, because there are still many unknowns that could slow down or push the market for connected objects.

On the other hand, the analysis has corrected a similar report from 2015 downwards: six years ago McKinsey predicted that the IoT would be worth between 3,900 and 11,100 billion by 2025. By that date, the latest study points to 2,800 -6.300 billion. In other words: the brightest forecast was almost halved. There is much more caution on the development of smart factories, smart cities, and autonomous vehicles (which aren’t quite around the corner), while there seems to have been an acceleration in homes, offices and – to some extent – health.

Beyond the doubts and corrections of course, however, one thing is certain: in the coming years the Internet of Things will be increasingly present in our apartments, in the workplace and in the supermarket. Here’s how, according to the study “The Internet of Things: Catching up to an accelerating opportunity”.

In the factory and in the fields

Despite low estimates, the application of IOT in factories remains the most promising in economic terms: it is worth 1,400-3,300 trillion dollars, about a quarter of the total. The diffusion of the sensors allows a better management of the plants. When adoption is widespread, factories could reduce operating costs by 10-15%, saving energy costs by 5-10%.

IOT would allow us to find what McKinsey calls “the holy grail of technicians”: predictive maintenance. No more rigid control schedules and sudden stops: data indicates when a machine needs an intervention before a breakdown occurs. “Adoption of predictive maintenance has been slower than expected, but there are signs of improvement,” the report said.

From the plants to the fields: precision agriculture would allow to produce more with fewer resources, increasing the yield by 15-20%.

For health: wearable and ingestible devices

The second application of the IOT for generated value (550-1.760 billion) is health. The industry will face massive change, which we already got a taste of during the pandemic. Today, the value of the Internet of Things applied to healthcare (150 billion) is similar to that of well-being (130 billion). In 2030, disease monitoring and treatment could be worth twice as much as fitness and sleep tracking applications. Yes, but how? There will be wearables, wearables such as smartwatches. But also “implantable, injectable and ingestible” sensors.

Patients will be able to use equipment that detects and communicates data to doctors, launching alarms in case of anomalies. Smart bottles and apps will remind the patient when it is time to take medications, making it easier to follow up on therapy.

In the city: less traffic and accidents

The economic impact of IOT on cities could be between 1000-1700 billion dollars. They range from monitoring air quality to reducing waste, from safety to energy.

The largest share (from a tenth to almost a quarter of the total value) would however be generated by “centralized and adaptive traffic management”. That is, in essence, by systems capable of organizing traffic on the basis of data. Public transport lines and timetables would be defined thanks to the information available and traffic lights would give priority to buses and trams to ensure greater punctuality.

A smoother traffic would make it possible to reduce intervention times in case of emergency by 20-35%. While a motorist would spend 15-20% less time driving. Not bad: it would mean saving about ten minutes for every hour spent behind the wheel. Consequently, fuel costs and CO2 emissions would be cut. There would also be fewer accidents, less material damage and fewer victims, also thanks to autonomous driving. Which, however, will still represent a niche: if today there is no car on the road with the highest levels of autonomy (the fourth and fifth), in 2030 just 1% of the cars could be considered autonomous.

In the supermarket: personalized offers

IoT will also change the way people buy. Already in the next two years, more than one in two retail chains could have automatic checkouts, with coverage of 80-90% in 2030. In other words: a “do-it-yourself” shopping will be the norm within a few years. Customers would save time, while supermarkets would cut costs.

However, McKinsey predicts that “the key to the future experience” will be linked to personalization: tailor-made offers in real time, discounts, advice dedicated to the individual customer. It is a sort of physical transposition of what is already happening online: when we access a site, we are given advice based on our past tracks. The future in the store could be like this. When the user arrives on the shelves, an app will notify staff of ongoing products and promotions that the customer may be interested in. Or, with cameras and neural networks, everyone could have a “behavior profile” across departments and articles, providing information on their tastes. Technologies like this could increase in-store spend by 20-30%.

At home: energy and video

From an economic point of view it has limited potential repercussions compared to other areas (400-800 billion dollars, 7-8% of the total), but it has “a huge impact on how people spend time and spend money”. It is the IOT in the house. It will be used to automate household chores, from cleaning to grocery shopping.

If current smart speakers play almost everything on audio, “looking to the future, video could be an even more important technological enabler”. Because, the report explains, “it is not only critical for security use cases, but also allows robots to move effectively around the home.” The other great source of value is energy savings by combining bill cutting and carbon footprint.

At work: offices and construction sites

In an office where everything is connected, space management would become more efficient. For example, identifying available conference rooms or indicating the shortest path within a building. The information collected on employee movements and activities would allow better planning of the layout of the spaces. Augmented reality would improve sharing, even remotely. Smart energy monitoring systems would be able to cut costs and emissions.

The same principles, applied on construction sites, could increase productivity by 5-10% and reduce the cost of raw materials by 5-9%.

As McKinsey’s estimated large economic hike demonstrates, there are many factors that could accelerate or hold back the development of the IOT. Among what the report calls “enablers” are perceived value (consumers and companies must be convinced that the Internet of Things is useful), technology (with progress accompanied by ever lower costs), connectivity (the report estimates that 60% of the world population will be covered by 5G by 2026 and 90% by 2030).

The “barriers” act in the opposite direction: companies too often focus on “pilot projects” and not on real transformation projects; if interoperability is not sufficient (ie if the sensors do not speak the same languages) costs increase and the development of new applications slows down. And then there are the risks and the regulations: cybersecurity and privacy, without which the IoT is transformed from an opportunity into a risk.