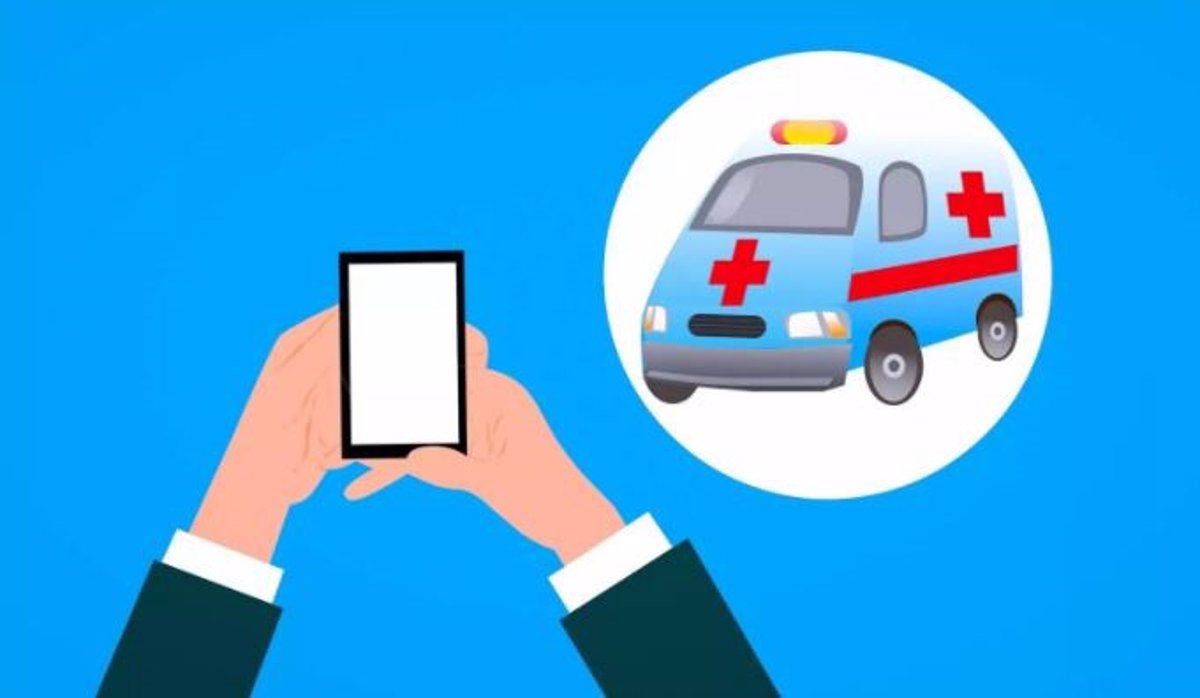 The smartphones or smart phones They receive that name because, in principle, they are manufactured with the purpose of becoming a daily support for their users and not only in a device in which videos and songs can be played.

Currently, terminals can also save our lives since, when we are in a fire, a car accident, an earthquake or a flood, they allow us to quickly contact emergency services in a simple way.

In dire circumstances like these, users they do not always manage to react in time and immediately call 112 by your own means. For this reason, operating systems such as Android and iOS offer support for this type of situation.

The latest Android update, for example, includes an option called Security in its Settings section. In this, in addition to presenting options such as the SIM card lock or the Smart Lock, It has the Emergency SOS function.

Once we have clicked on this option in the most updated version of this operating system, the phone will display two options. On the one hand, the emergency information and, on the other, the emergency call service.

In the first section, users they may provide basic data “to provide to first responders” in case of emergency, that is, a kind of health card that includes information of all kinds: full name, height in centimeters, weight in kilos, sex, blood group, date of birth, illnesses, medication or allergies.

On the other hand, in the emergency call section, we can activate quick access to emergency calls. In this way, if the power button is pressed five times in a row, we can access an emergency number, either the 112 (if we are in Europe) or 911 (in United States). What’s more, other emergency contacts can be added of the directory.

For its part, this function on iPhones and devices with iOS 15 operating system runs differently from Android devices, since if an emergency call is made first contacts local emergency teams and, once the call is finished, it sends a message to the contacts that the user chooses.

Along with this alert, the phone sends the location of the user who may be in danger to the emergency contacts and, for a period of time after activating the SOS mode, they will also be sent an update if the location changes.

This contact method depends on the iPhone model that the user has. For example, those who have an iPhone 8 or later, must press and hold the side button and one of the volume buttons until the SOS Emergency slider appears on the screen. If it moves, call emergency services directly.

If this regulator does not move and keep pressing the side button and the volume button, a countdown begins and an alert sounds. If we choose not to release these buttons, the phone contacts emergency services directly.

On the contrary, if the terminal is an iPhone 7 or an earlier model, you must press the side button or higher a total of five times continuously. The SOS Emergency slider will then appear and the call can be initiated.

AUTOMATIC DETECTION OF ACCIDENTS ON PIXEL

Some Google Pixel terminals include tools such as automatic car accident detection. This service does not work in airplane mode, with battery saving mode activated, or while roaming. Thus, only works in the country where the phone’s SIM card belongs.

It is only possible to have this function on Pixel 3, Pixel 4 and later phones. If the ‘smartphone’ determines that the user has suffered a serious traffic accident and the detection of car accidents is activated, the phone it will issue different alerts.

In addition to asking the user if they need help from the phone screen, it will also ask through the speaker, it will vibrate and sound at a high level. If no response is given within 60 seconds. To call emergency services, you must say “Emergency” or press the button on the screen twice.

To cancel this communication, you should say out loud “Cancel” or “I’m fine”. However, if the device does not get a response from the user, it will call emergency services, indicate that an accident has occurred, and share the approximate location.

Also, when an emergency notice is initiated, Google will send a text message with the user’s name and a link indicating the location in real time in Google Maps, how much battery the mobile has left and the optional message that you have previously written in this section.

When an emergency notice is started, Google sends emergency contacts a text message with the name, a link to see your location in real time on Google Maps, how much battery your device has left and the message you have written (in case you have provided one).

The emergency warning and safety check functions stop when they are manually deactivated or when the user indicates that they are okay. Once the emergency is over, Google will send a text message to all contacts to notify the end of this.