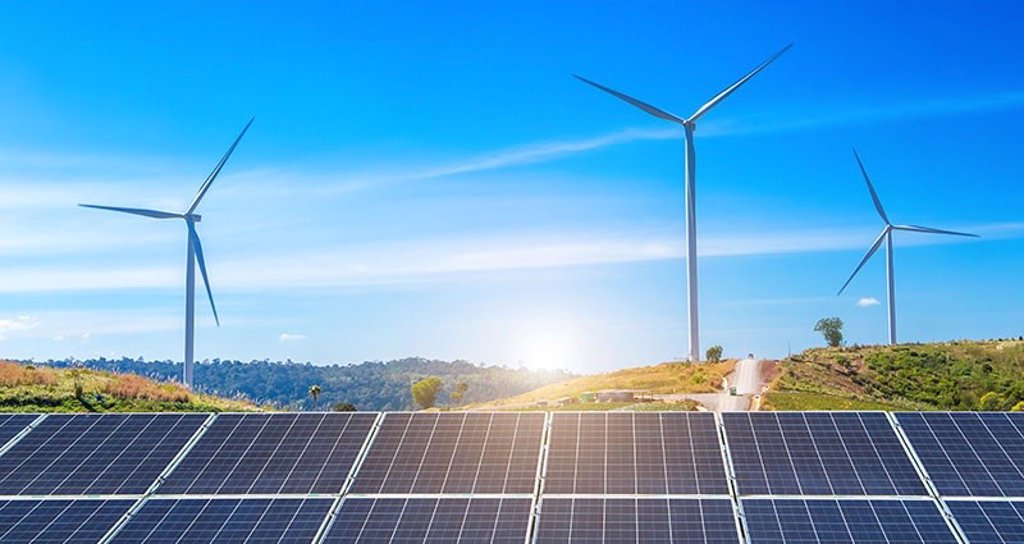 ICT Forest, Fr. information and communication technologies, account for 4 percent of global electricity consumption, and the sector has demanded during MWC 21 in Barcelona a greater public-private collaboration to reduce and suppress its environmental impact, a purpose for which it has plans to achieve carbon neutrality by 2050 in mobile communications.

The Chinese company Huawei has celebrated this Sunday, during the preview of MWC 21 in Barcelona, ​​its evento ‘Green ICT For a Greener World’, focused on the application of green technologies in the sector, a forum that was also attended by representatives of other companies and institutions.

David Li, president of Huawei in Western Europe, has celebrated the return to the face-to-face format of MWC 21 and of events such as this forum, after the cancellation of the Barcelona technology fair in 2020 by the covid.

AGAINST CLIMATE CHANGE: “INSTITUTIONS CANNOT DO IT ALONE”

The event organized by Huawei has had a significant presence of institutions, and David Marco, general director of Innovation and Digital Economy of the Generalitat de Catalunya, has intervened.

“We need to take a step forward in the technological infrastructure to make it greener“, highlighted Marco, who has pointed out that 6 percent of world energy consumption is from the technology sector, especially data centers, and can reach up to 20 percent with the current trend.

For her part, the MEP Susana Solís Pérez have also intervened to demand the taking of measures by the private technology sector to combat climate change. “Institutions cannot do it alone, and the public and private sectors have to collaborate on what they want to do and how“, has assured Solís Pérez.

“The technology and digital sector can achieve with its changes the 20 percent reduction in current emissions“, has remarked, with measures that go from the energetic efficiency, the electronic waste management, the right to repair and the improvement in the durability.

For her part, the head of the Digital Future Society ‘think tank’ of Barcelona World Capital, Carina Lopes, has denounced that “If not managed properly, digital systems and AI can be the sixth largest emitter of pollution“.

However, if the right steps are taken in European industry in 2030, he has also stated that 260 million tonnes of emissions can be avoided of polluting gases.

He has also participated in the Huawei forum Steven Moore, GSMA Climate Action Officer, the association that unites the main telecommunications companies in the world and that organizes the MWC.

GSMA has focused on green measures in the mobile network sector and has set sights on him global goal of its members to make the mobile telecommunications network carbon neutral by 2050, in line with the Sustainable Development Goals set by the UN.

Currently, based on data provided by the GSMA, ICTs account for 4 percent of global electricity consumption and are responsible for 1.4 percent of emissions.

Moore has called the importance of “redefine the production chain “of the sector to improve its efficiency. GSMA has 50 members, 11 of them incorporated in the last year, who have joined the commitment that the entire production chain of the sector is neutral in emissions by 2050 – in many cases even earlier.

GSMA and its partners comprise 69 percent of mobile network connections globally, and of the total, 50 percent have been aligned with science-based targets, and almost a third have joined the zero emissions commitment.

The association has pointed out the importance of institutions providing a Legislative framework that allows a greater incorporation of renewable energies to the mobile networks sector.

5G is up to 90 percent more efficient than previous technologiesTherefore, the association has also called for the modernization of network technologies to reduce energy consumption in the sector, and also in others.

The reduction of emissions from the new 5G mobile data networks can reach 2 billion tons, the annual equivalent of Russia’s emissions.

Another technological change that can help reduce consumption is the use of fiber optics instead of copper cablesas light consumes less power than electrical signals needed in older grids, as OMDIA’s Chief IT Analyst James Crawshaw has pointed out.

The telecommunications companies have been among the protagonists of the forum organized by Huawei at MWC 21, and the companies have reported their plans to achieve emissions neutrality by 2050.

Orange Spain has reiterated its commitment to achieve carbon neutrality by 2040, and has presented its technical measures to achieve this goal.

To reduce energy consumption in the networks, Orange “has strengthened the agreements” to share networks in towns with less than 150,000 inhabitants with Vodafone and Masmóvil, to reduce the impact of the necessary equipment, as stated by Mónica Salas, CTO of Orange in Spain.

In addition, its data centers employ a structure that does not require cooling systems, to which is added the use of devices in its network with intelligent consumption developed by providers such as Huawei.

The telecommunications company also seeks acquire green energy to run your network to suppliers such as Iberdrola and to promote the use of renewable energy for individual consumption. Another measure is the commitment to plant a tree for each mobile that its users renew.

The telecommunications company has highlighted that, Despite the fact that network traffic has multiplied by five in the last five years, the energy consumption of its network has remained stable during this period of time.

Other alternatives in the sector, such as those presented by Vantage Towers, the European subsidiary of Vodafone communications towers, allow the use of digital twins so that companies know the status of their network without having to travel in person for your review, as well as AI tools.