“Feel in a restaurant on the other side of the world – even from home”: the development that may allow you to taste food through the screen 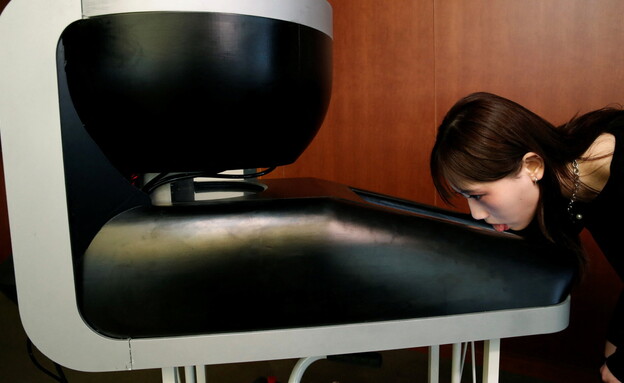 Homei Miyashita, a Japanese professor, claims to have invented a TV screen capable of conveying a sense of taste • All that is left for viewers is to lick, the screen • Estimated cost: 100,000 Japanese yen – less than $ 900 •

A fundamental change in the way we got used to watching TV? A Japanese professor named Homei Miyashita has developed a prototype version of a TV screen that can mimic and allow viewers to feel the flavors of food – using the tongue.

The device is called “TTTV”, short for Taste the TV. It is based on a kind of “carousel” of 10 flavors that “spray” together to create a taste of a particular food. In the video demo of the product, you can see how users stand in front of a screen and choose their favorite food. When the action is over, a sample of the flavor created rises across a flat screen – and all that is left is to try and taste.

The professor at Meiji University in Japan argued that in the corona era this technology could improve the way people communicate with the outside world. Miyashita added that his main goal is “to make people feel like they are eating at a restaurant on the other side of the world – even if they are at home”.

The professor worked alongside a group of about 30 students who developed a variety of technology-related technologies – including a fork that enriches the taste of food. Miyashita said he built the innovative TV screen last year, and estimated that it would be commercially marketed at about 100,000 Japanese yen, which is only $ 875.

The student group is thinking of developing applications in the future that will teach cooks to cook remotely, as well as various games and food-related quizzes. Prof. Miyashita spoke with several companies about the possibility that the device he developed would later transfer flavors of pizza and chocolate off the screen as well – over a piece of bread.

Yuki He, a 22-year-old Japanese university student, demonstrated to reporters in a tangible way how the device works. First she defined the taste she wanted: sweet chocolate. After a few tries, a voice emanating from the screen repeated her request, and “little jets” scattered the flavor across the flat screen.