Samsung shows a preview of One UI Watch, its system for watches created with Google 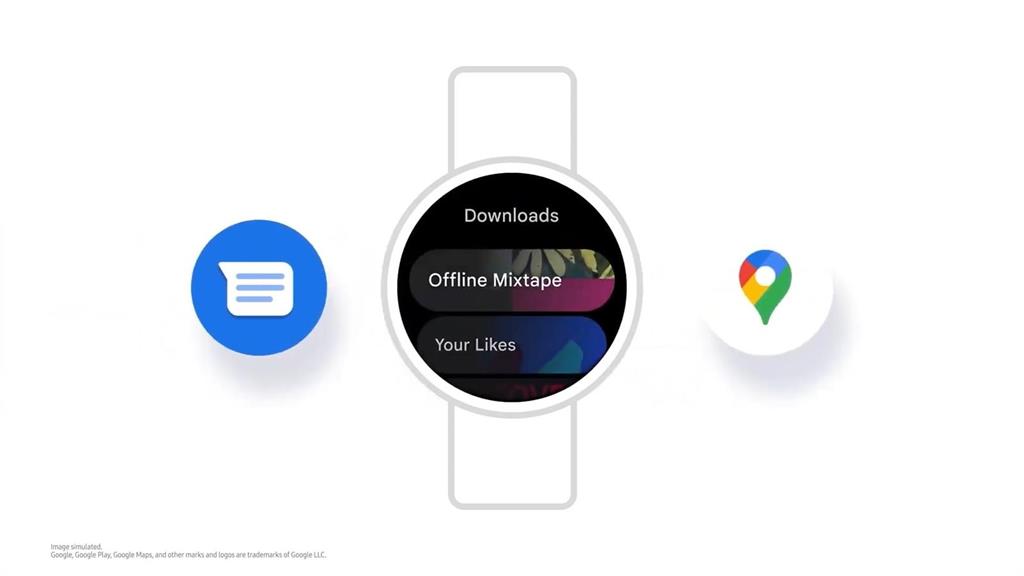 Samsung has shown this Monday at MWC 21 a preview of the operation of its One UI Watch system, the operating system for watches developed together with Google, with support for eSIM, integration of health functions and the possibility of downloading apps from Google Play and from third parties to use the Tizen Spheres.

Samsung has celebrated its main event of this edition of the Mobile World Congress in Barcelona this Monday, and in it the South Korean company has presented through a virtual broadcast in which James Kitto, vice president of the company, has assured that “innovation should bring more freedom and more possibilities. “

The event focused on the novelties that reach the Galaxy device ecosystem, of which there are more than 1,000 million connected devices around the world.

The company has highlighted its innovations such as SmartThings to control devices or find them through the Find function, or the integration of Spotify with televisions, mobiles and smart watches at the same time, combining its software and hardware innovations.

INTEGRATION OF TIZEN AND ANDROID WEAR

The Galaxy Watch family of watches was precisely one of the protagonists of the event. In the past Google I / O, Samsung announced the integration of its system of its Tizen watches with Android Wear OS.

Now, the South Korean company hopes to “change the game” in watches, with benefits for consumers such as better performance, better battery and applications.

Animations load 30 percent faster, plus support for eSIM cards is added. Other novelties are health functions such as sleep monitoring, or the use of Google applications on Samsung watches.

Samsung watch users will be able to explore new third-party apps using Google Play, while Samsung has opened Tizen’s own watch faces to developers in the Android ecosystem.

Developers will be able to use common APIs to create their own experiences in the combined Google and Samsung system, ensuring that data is accurate and consistent across functions.

The brand has ensured that it will present this August at its Unpacked event more details about the system developed with Google, such as information on the integration of the clock app, call blocking, or up to three years of product support.

The system, which comes under the name One UI Watch, has the values ​​goal of “collaboration with Google to enrich the lives of users,” according to Kitto.

NEWS FROM THE GALAXY ECOSYSTEM

Samsung has emphasized as part of what it has called the “Galaxy experience” the existence of an open ecosystem.

Samsung plans to improve productivity with the extension of support for the Galaxy family of stylus, S-Pen, included with the Note and Galaxy S21 family, and that it will reach more devices in the future.

Another aspect highlighted by the brand of its ecosystem is the ability to save backup copies of the images in OneDrive, or the health functions of its Galaxy Watch smartwatches.

The brand has highlighted its commitment to security in functions such as Knox protection tools, which protect users and their passwords, or biometric access data to the terminal with protection in all layers of the device.

Samsung Knox has partnered with ecosystem providers such as Android and Cisco to develop the functions of this tool.

The company has highlighted the security risks faced by companies whose workers have switched to telecommuting.

Knox Vault bases its operation on a processor that separates the encrypted information from the main processor, thus avoiding exposure to hardware vulnerabilities. other new features are protection for up to five years on professional Android Enterprise Recommended devices, or real-time kernel protection.

Samsung has also partnered with IBM to generate encrypted keys for business communications based on the type of data and whether it is in motion, for example. In addition, the brand has opted for collaboration with other companies such as Google in cybersecurity.

Finally, the manufacturer has defended that its measures to reduce the consumption of materials in the packaging of its devices have prevented the felling of 45,000 trees.