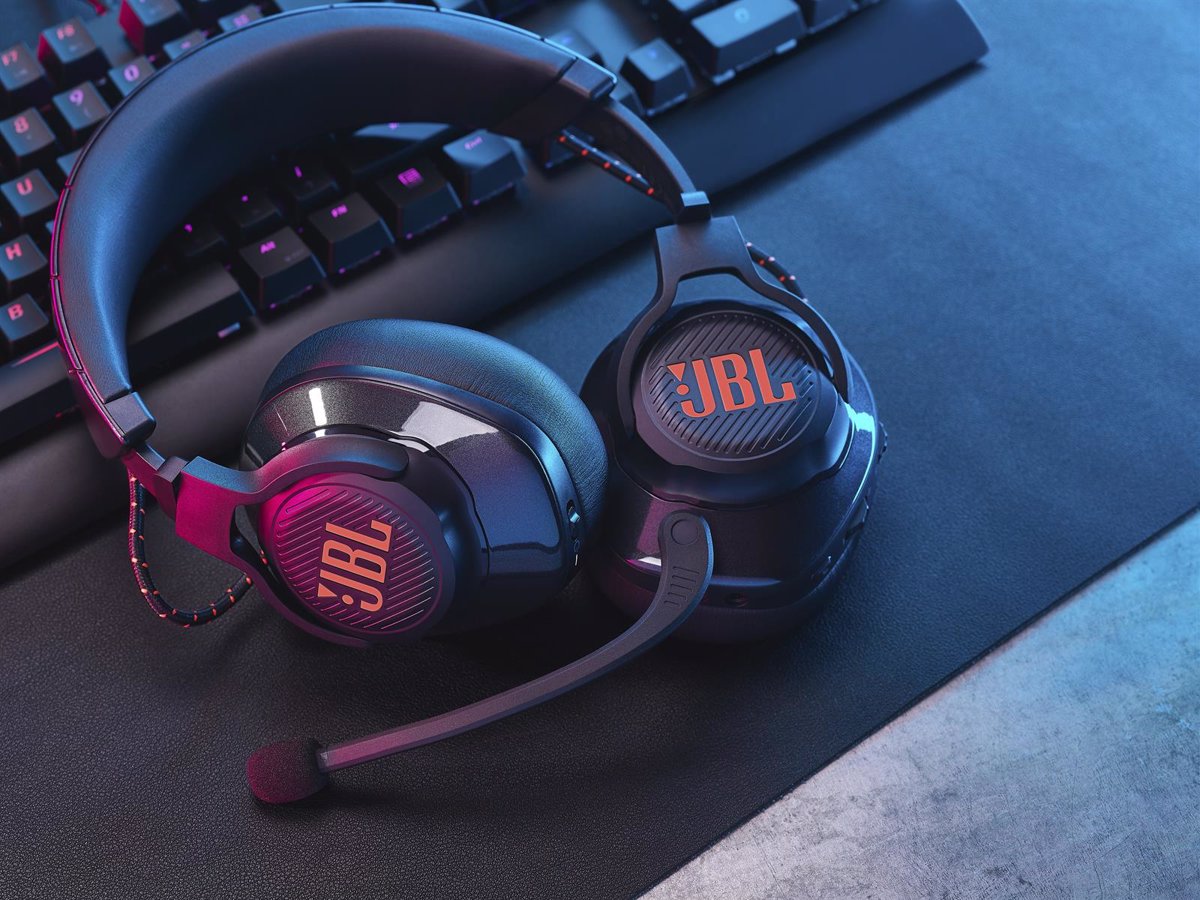 JBL has presented within the framework of the CES 2022 all the novelties of its catalog for this year, among which stand out the brand’s first True Wireless headphones and intended for ‘gamers’, with a noise cancellation and surround sound.

In addition, they are compatible with the QuantumENGINE software for PC and the JBL Headphones application, which gives the option to customize the audio. Will be available from spring at a price of 149.99 euros.

The JBL Quantum TWS join the JBL range of gaming headphones along with two new earbuds: JBL Quantum 810 Y JBL Quantum 610 The former are also equipped with an active noise cancellation system and their battery reaches 30 hours of autonomy.

In addition to its surround sound and its beam microphone with voice focus and echo and noise suppression, this device is characterized by having a chat audio regulator to control both voice and sound from the game developed by Discord.

Its price is 179.99 euros, slightly more than the 149.99 euros that the JBL Quantum 610 will cost. These share most of the characteristics, although presents 40 hours of duration battery with the función Play & Charge to play without interruptions.

A design similar to these is the one presented by the headphones JBL Live Pro 2, belonging to the True Wireless JBL Live range and including active noise cancellation with the function Smart Ambient.

They are manufactured with six microphones with technology capable of isolating sound from noise and wind, and with a charge of only 15 minutes it can have an autonomy of four hours (supports Qi wireless charging). They also allow access to virtual assistants such as Google Assistant o Alexa, from Amazon.

Along with these new headphones, JBL has unveiled its first USB microphone, the JBL Quantum Stream. It is equipped with a dual Electret condenser with a 24-bit 96 kHz sampling rate. It is intended for ‘sreaming’, although it can also be used to podcasts The group calls.

Therefore, it has two selectable voice pick-up patterns to isolate one voice or include several simultaneously and allows voice monitoring through headphones, as well as controlling the volume of the voice in the microphone.

The microphone, which will be available for 99.99 euros, is compatible with the ‘software’ JBL QuantumENGINE para PC, through which you can customize the calibrator, RGB colors and activate or deactivate it.

EXPAND YOUR CATALOG OF SPEAKERS

JBL PartyBox Encore It is another of the novelties that the manufacturer has presented. It is a portable speaker with an integrated light capable of synchronizing with the sound it emits, reaching a power of 100 W. It also features a wireless digital microphone and an autonomy of up to ten hours.

Splash proof, thanks to its IPX4 design, this device allows users to control the lights it emits as they can be set up different strobe effects synchronized with the rhythm of the music.

It has Bluetooth V5.1 wireless transmission and USB and Aux-In inputs. What’s more, two speakers can be paired thanks to its True Wireless system and is compatible with the JBL PartyBox application. From the company they have announced that this speaker will be available in the summer of this year to a price of 349.99 euros.

In addition to the JBL PartBox Encore, the technology company has shown two new products that add to its range of portable speakers. On the one hand, JBL Pulse 5, which combines 360º surround sound with led lights. Too It is IP67 waterproof certified and to dust and can be heard for up to 12 hours on a single charge.

Like the other devices, it is equipped with PartyBoost system, which allows you to connect two speakers of the brand. JBL has indicated that its starting price will be 249.99 euros.

On the other hand, JBL BoomBox 3 features a three-way speaker system composed of a racket-shaped ‘subwoofer’, two mid-range drivers and two ‘tweeters’, that is, specialized in high frequencies.

This portable speaker has a built-in, rechargeable lithium-ion battery that supports up to 24 hours of seamless playback and incorpora Power Bank, which charges ‘smartphones’ and other devices through its USB.

It will also be early summer when this device is marketed, like the JBL Pulse 5. It will go on sale for 549,99 euros And it will be available in black and camouflage print (squad).