Tricks to discover what the WhatsApp messages that were deleted said 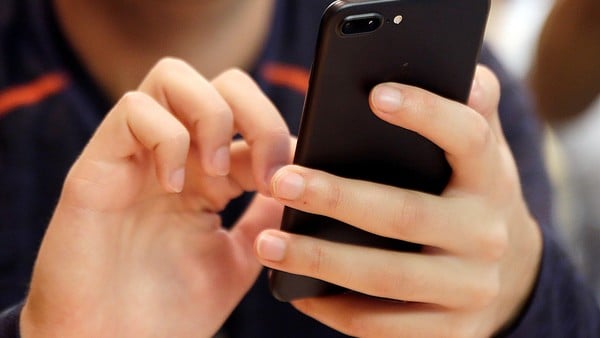 In addition to being one of the most used applications on the planet, the other remarkable feature of WhatsApp is that it hides a lot of secrets and tricks to facilitate its control.

One of these hidden options that has just been viralized on social networks, allows you to discover what that said that message that was deleted, before one could know what it was about.

Deleting WhatsApp messages leave a trail in the conversation since a notice appears that a message was deleted, an alert that not only leaves evidence but also a lot of curiosity.

For this reason, it is logical that many are interested in knowing what he was saying, an option that WhatsApp does not allow and that is possible by performing some tricks.

To preserve mistakes, those messages deleted by the sender, generally disappear of the mobile that received them and the one that sent them without leaving a trace on the Meta servers.

Another thing to keep in mind is that not all deleted messages can be recovered. This ruse only applies to those saved in the backup.

What is possible is to be able to see the preview of the notifications that reached the device, which details the information they sent and who sent it.

Notifications are the best way to recover deleted messages as they show the original content the moment it reached the phone. This method is not valid for all Android, the phone manufacturer may have blocked this option.

Using this trick, if someone sends a WhatsApp message and then deletes it, just go to the history of notifications received in the last 24 hours to be able to review the preview that reached the device.

However, it is useful to remember that this solution can saturate the memory, so it is advisable to delete some notifications to prevent it from happening. There are also third-party applications that allow you to complete this step.

If, out of anger or mistake, one deleted a WhatsApp conversation with photos and videos, it is good to keep in mind that there is a procedure to recover it.

Google Drive will delete WhatsApp backups that are not updated.

At the time of performing this step, it will be necessary to review those old chats that are located in the storage space, which can be the memory, an external drive or an SSD card.

The first thing will be to identify the file manager of the cell phone, where the app is backed up, which can be in internal or external memory. When accessing that data store, you will have to look for the “WhatsApp” folder. Inside there is another called “Database”.

Pressing that file will display a list of backups of the last seven days. Most are in the format “year-month-day”, except the last one, which is not dated as it is the most recent copy and is recognized as “msgstore.db.crypt7” (final number may vary).

The first thing is to connect the cell phone to a computer and copy this content somewhere to keep it safe during the process. When you know the date of the messages to restore, you will have to rename the file “msgstore.db.crypt7” with the chosen date. It should look like this: “msgstore.year-month-day.1.db.crypt7”.