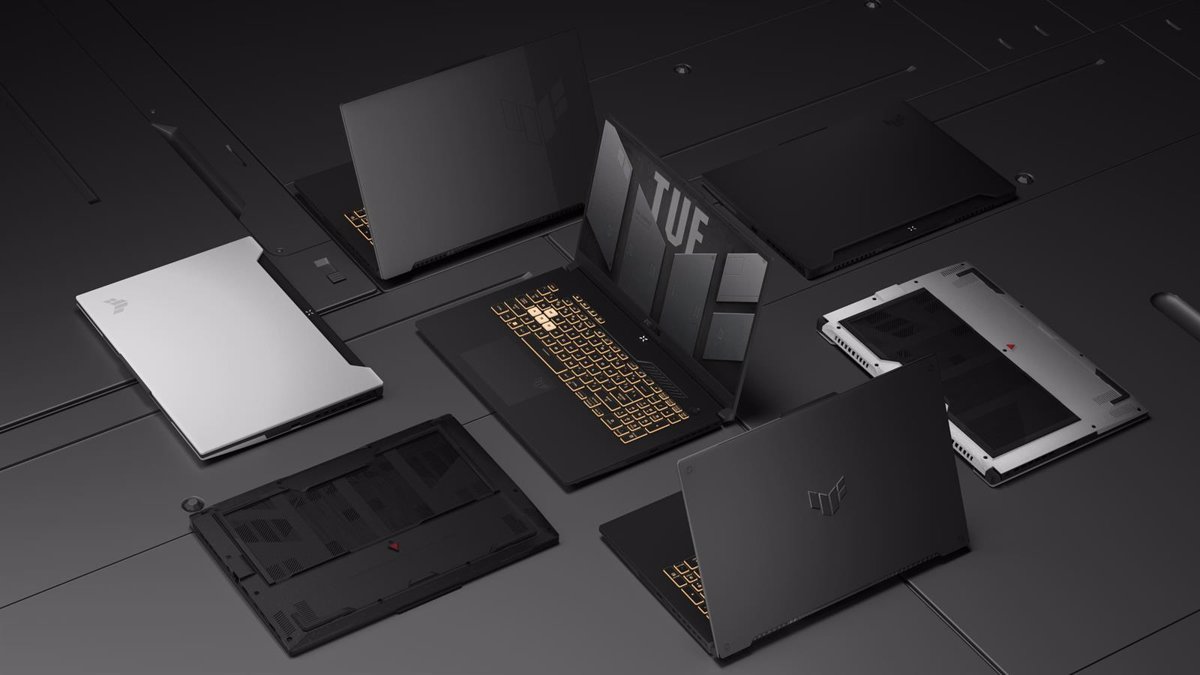 Asus has put the finishing touch to its novelties presented at CES 2022 this Wednesday with the announcement of new laptops aimed at video games, among which the new ones stand out. TUF Gaming F15 and F17, with 12th generation Intel Core processors and Nvidia GeForce RTX 3070 graphics.

TUF Gaming F15 and F17 head the TUF catalog, the Asus ‘gaming’ series (apart from its ROG brand). Both models boast screens with two options: a 300Hz FHD to compete in games and a 165Hz QHD panel.

At the design level, the F15 and F17 feature an aesthetic inspired by Mecha anime and are manufactured in accordance with the MIL-STD-810H standard for durability and military strength.

The new gaming laptops are available in a configuration with the processor 12th Generation Intel Core i7-12700H and with the graphics Nvidia GeForce RTX 3070 with 140W of maximum TGP.

The MUX switch optimizes the graphics power of these computers, preventing the notebook from using the integrated GPU when more frames are needed. Gamers can also activate a GPU mode from Armory Crate which reduces latency and improves performance by 5-10% on average.

Asus has also endowed these computers with some new Arc Flow fans featuring 84 blades and a variable thickness that reduces turbulence and increases airflow. This design is quieter and ventilates 13% better than the previous generation of fans.

The brand has concluded its novelties with the announcement of TUF Dash F15, a renewal of the lightweight ‘gaming’ laptop model originally launched in 2020 as part of the TUF family.

The TUF Dash F15 of 2022 maintains a thickness below 20mm, while improving its performance with processors 12th Gen Intel Core i7-12650H and Nvidia GeForce RTX 3070 graphics for notebooks with MUX Switch